The Next Phase Of JINJER 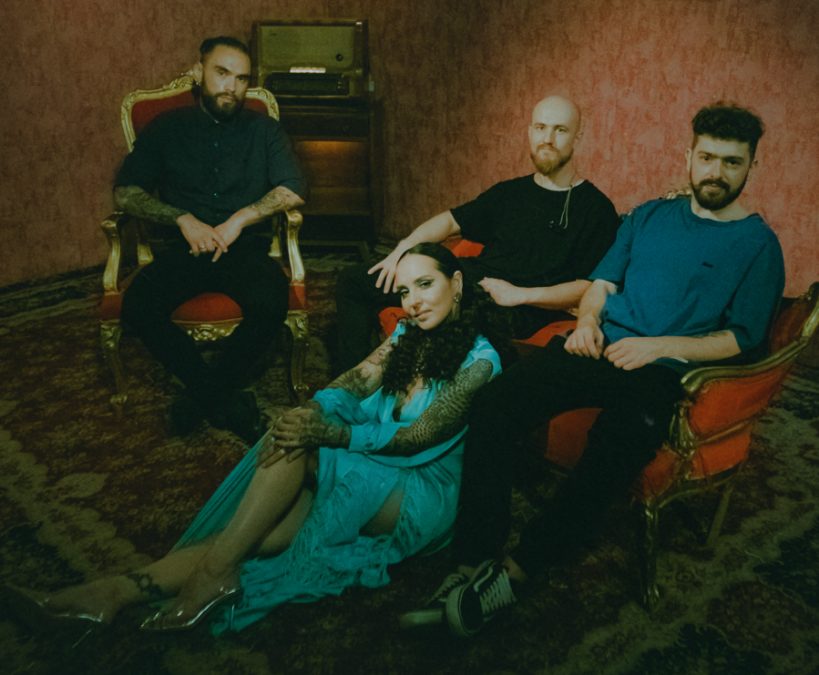 Jinjer are one of the hardest working bands in the metal scene at the moment – and certainly pre-COVID.

After a decade of slogging away on the touring circuit, Jinjer finally broke through with their single Pisces, a beautifully haunting yet powerfully destructive song that showcased the differing sides of vocalist Tatiana Shmayluk’s range and catapulted the band into the ears and hearts worldwide.

The band have stayed active during lockdown, releasing a steady flow of new and live material, with their latest album Wallflowers set for release August 27.

Tatiana and bass player Eugene Abdukhanov joined HEAVY to talk about the new album, with HEAVY bringing up the song Colossus from the album, in particular the switching from Tatiana’s demonic lows and highs to 747 height class in a heartbeat that are a feature of not just that song, but evident throughout.

“It wasn’t easy for me,” Tatiana measured, “as easy as it was for Eugene to record this album. I basically procrastinate a lot, so that’s why I don’t really create my vocal lines before I go to the studio. Some of the songs were… they had a rough sketching in my head for vocal parts, but some of them were complete improvisation, and I think this one is one of them. I just improvise, so all of the hard work was made in the studio in front of the mic. I wouldn’t say it comes easy to me to devise a song and the heavy parts of the vocals, both extreme vocals and clean vocals. It’s always hard, but it’s never harder than it was before (laughs). It’s always hard, which is exactly what makes it easy for me because it’s always stable. It’s always hard. I know that I’m gonna suffer. Really, I don’t have much expectations.”

In the full interview we delve more into the album musically, discuss the film clip for Vortex, how Wallflowers is a premeditated next step for Jinjer plus we run through some comments from HEAVY’s review of Wallflower and ask Eugene and Tatiana for their views.