What better way for Aimee Interrupter, singer with ska punk titans The Interrupters, to spend her birthday than throwing the ultimate party with fifteen hundred friends having the time of their lives! February in Manchester may be cold windy and wet, but inside the spring floored old ballroom of The Ritz, Aimee’s friends gathered to skank, mosh, sing and dance the night away.

I’m finding it hard however to place tonight’s opening act, Buster Shuffle in a review for a rock and metal publication. I’m all for diversity in rock but a contemporary mix of classic ska, Chas n Dave and Madness performing (among their own material) The Prodigy covers (‘Out of Time) make them about as suitable for Heavy Mag as say Chas n Dave or Madness! Having said that, I loved every second of their 30 minute set! Front man Jet Baker is about as ‘London’ as you can get, yet this northern crowd warmed to him within seconds. Their origins of performing the London pub circuit still runs through their veins, endearing them to an eclectic crowd from punks and rudeboys to mods and rockers. Buster Shuffle are a band I’d definitely like to see again.

The Skints are a reggae/ska/ska punk/dub/punk/hip hop four piece, again from London, led by guitarist/singer Josh Waters Rudge and multi-instrumentalist/singer Marcia Richards. Again, they don’t exactly fall within the remit of our magazine, but again they are a thoroughly enjoyable live band. Having recently been added to the line-up for this year’s Download Festival UK I can only commend the bookers for taking a risk with such a diverse sounding band. I can guarantee however The Skints will take the Avalanche Stage by storm. Completed by Jon Doyle on Bass and Jamie Kyriakides on Drums/Vocals it’s impossible not to be impressed by the musicianship this band possess, the jewel in the crown being the angelic voiced Marcia. I counted her playing five different instruments (it could possibly have been more) during their forty minute set, including a saxophone solo accompanied by Billy Kottage, The Interrupter’s trombone player. ‘Swimming Lessons’ finishes the set on a Foo Fighters sounding heavier note and leaving The Skints with at least one new fan in me, and I suspect a few hundred more.

A triple whammy of ‘A Friend Like Me’, ‘By My Side’ and ‘Take Back the Power’ kick off the Interrupters’ party, not relenting until the final note of set closer ‘She’s Kerosene’. Aimee wasted no time getting close to the crowd to shake hands and sing along with fans, making sure to acknowledge every single person her hand could reach. The Interrupters are, literally and figuratively, a family. And they are happy to welcome their fans into the family every time they hit the stage.

Aimee Interrupter is a brilliant frontwoman and knows how to work a crowd, but this is a full band show. The Bivona brothers, Kevin on guitar/vocals and Justin on bass are a whirlwind of energy and, along with Justin’s twin brother Jesse on drums, are a huge part of the band’s dynamic. Former Reel Big Fish trombone/Hammond organ player Billy Kottage is as much a part of The Interrupters touring band as the Bivona Brothers. Proving his worth especially on their cover of Billie Eilish’s  ‘Bad Guy’.

Crowd surfers and mosh/circle pits are invited and welcomed throughout the set, but the highlight, from my vantage point on the balcony was the wall of death, organised by Aimee and Kevin, which led into a mass mosh pit  for my favourite Interrupters song ‘I Gave You Everything’. Confetti canons and a fake encore then led into the three biggest party songs of the night, ‘Judge Not’, ‘Family’ and ‘She’s Kerosene’

These UK dates are the final leg of The Interrupters ‘Fight the Good Fight’ tour before they join Green Day’s ‘Hella Mega’ tour and record a new album.

This is a special band with special fans, or as the song says ‘One Crazy Family’! 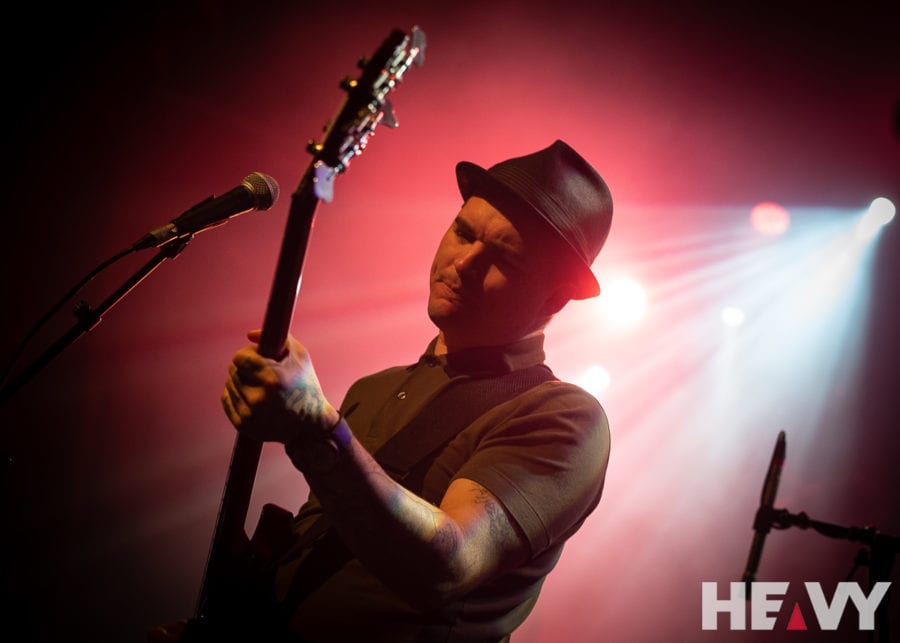 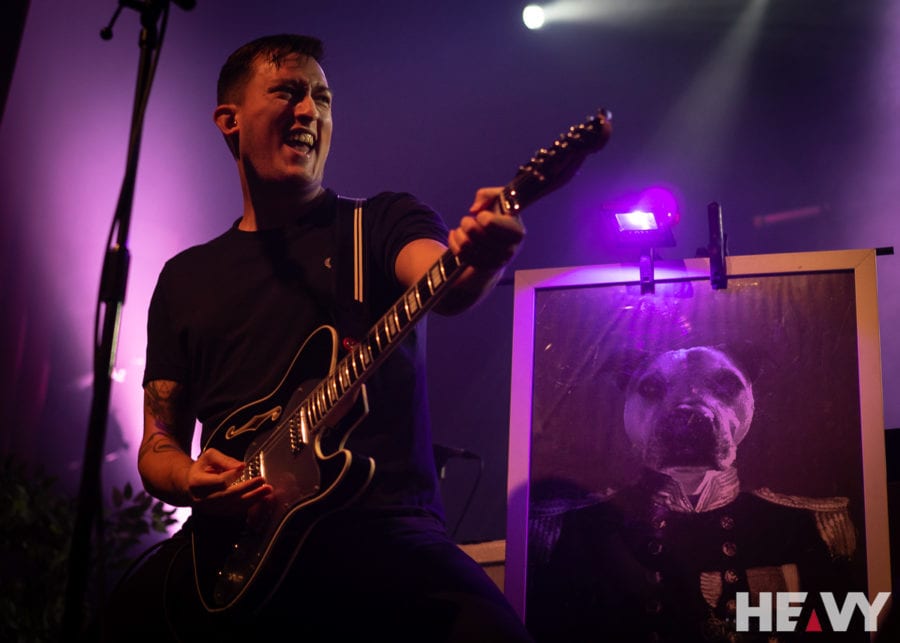 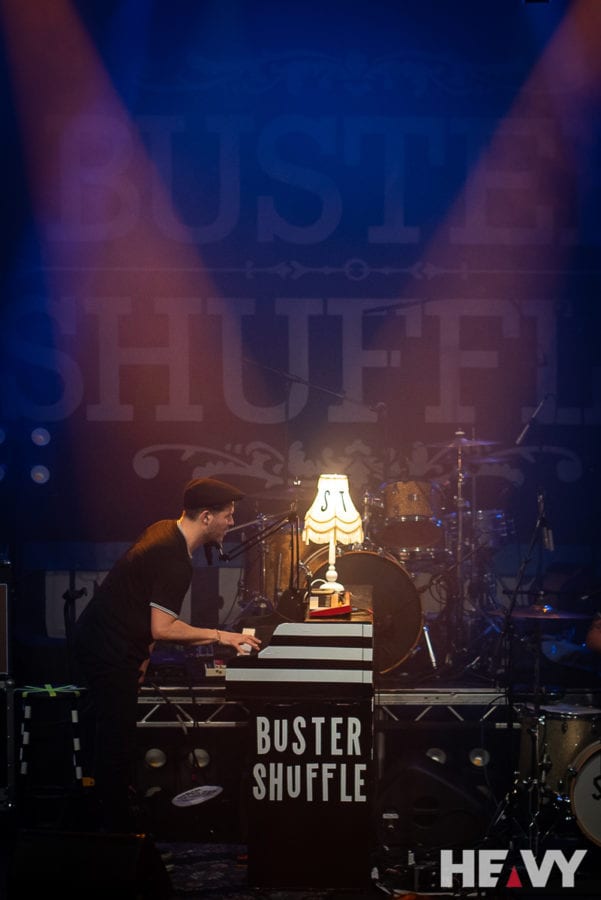 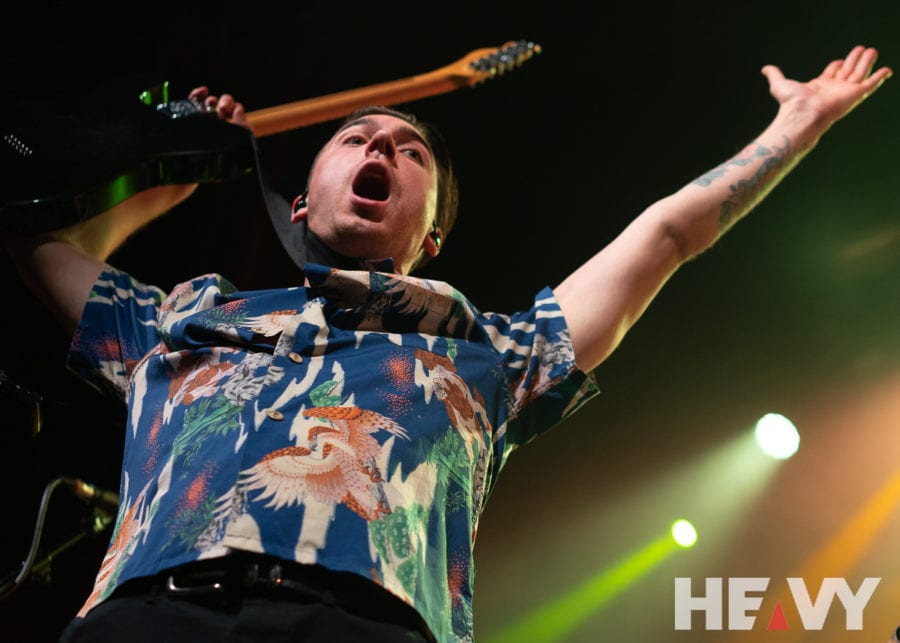 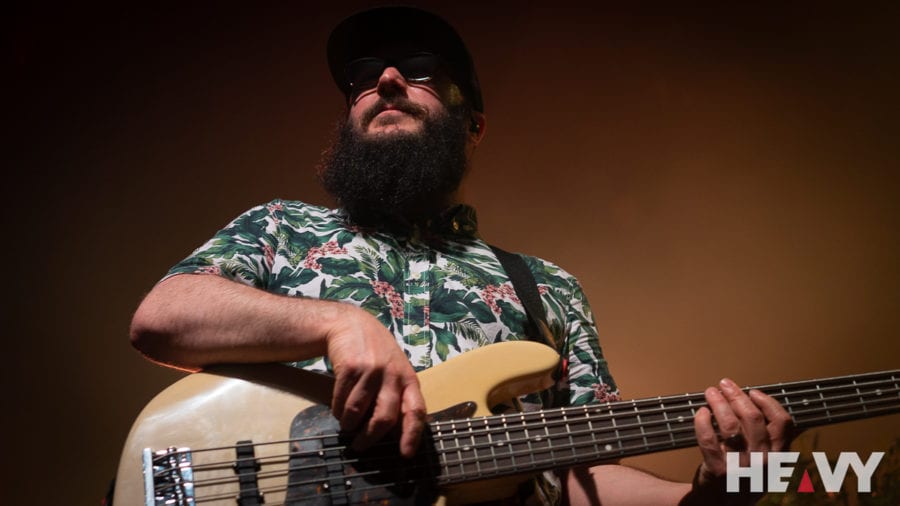 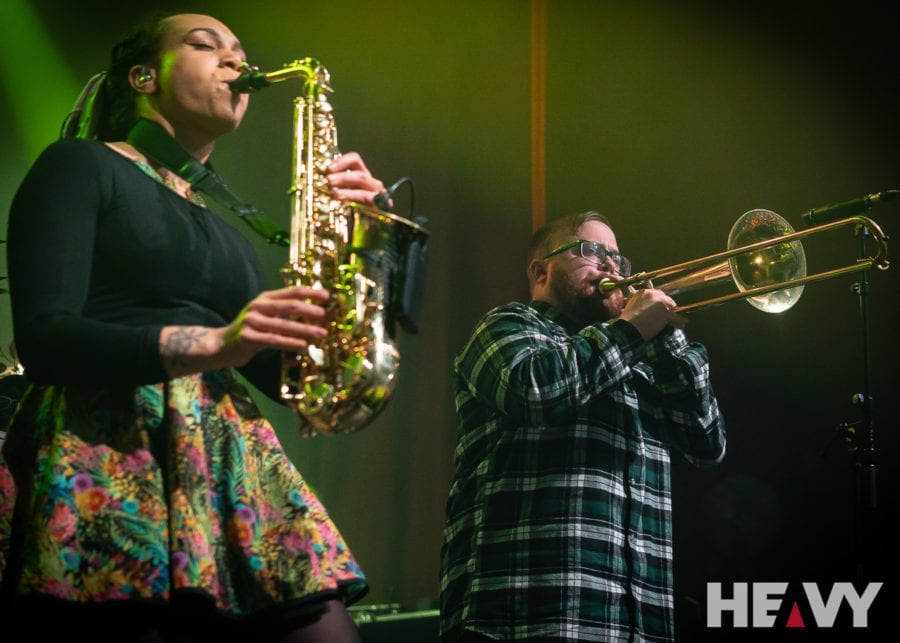 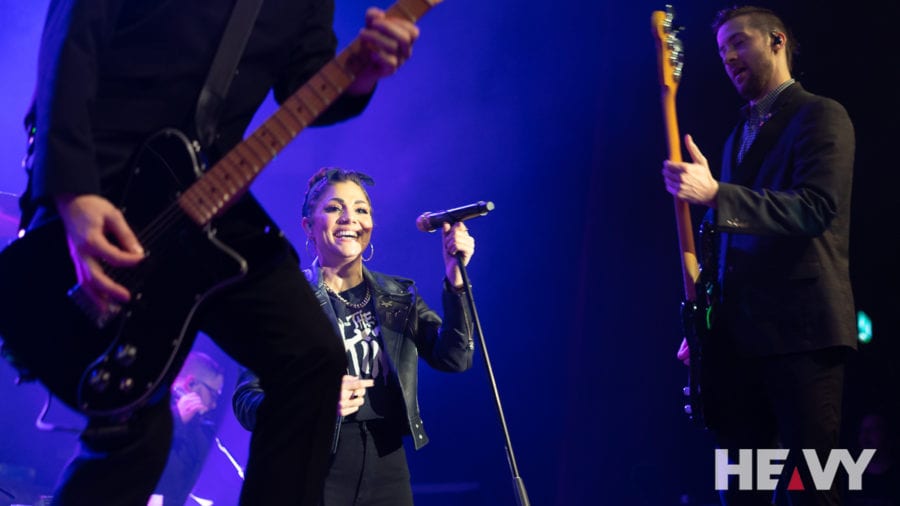 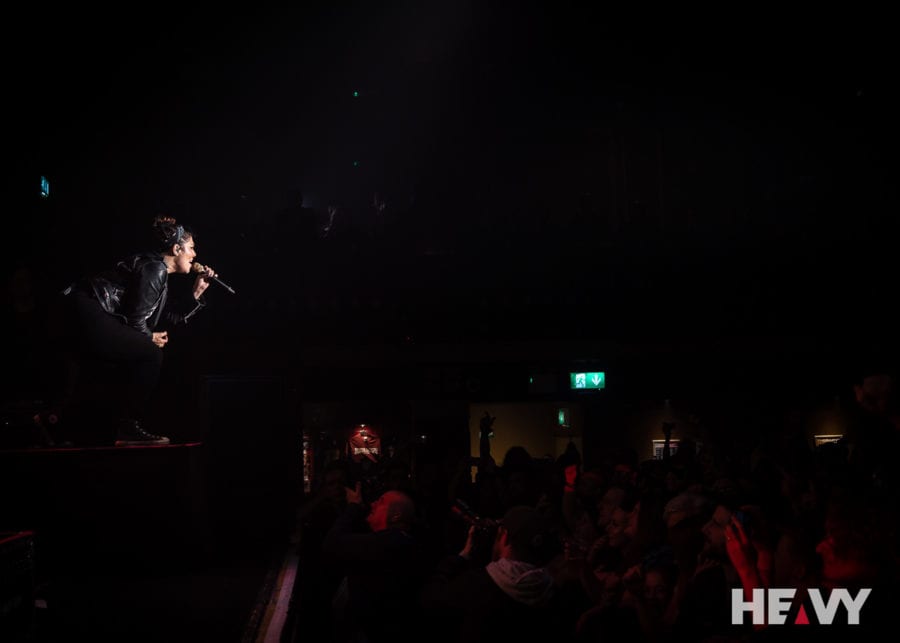 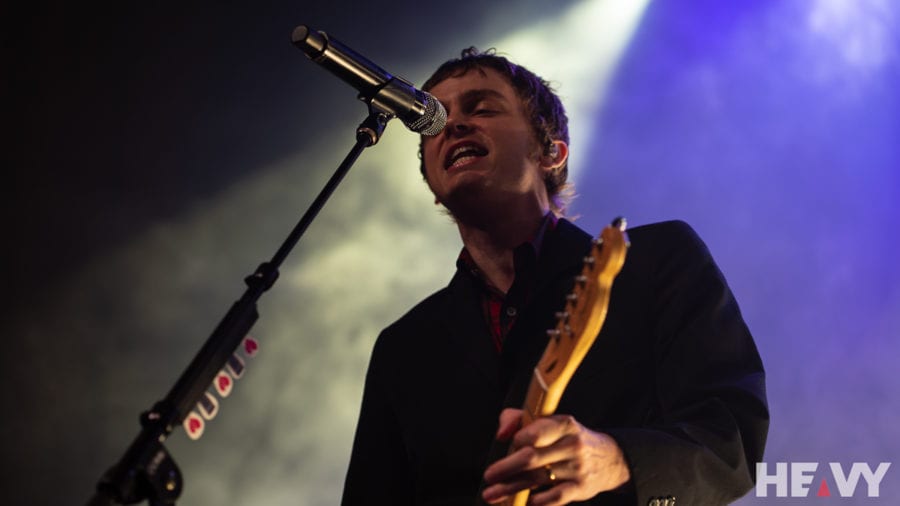 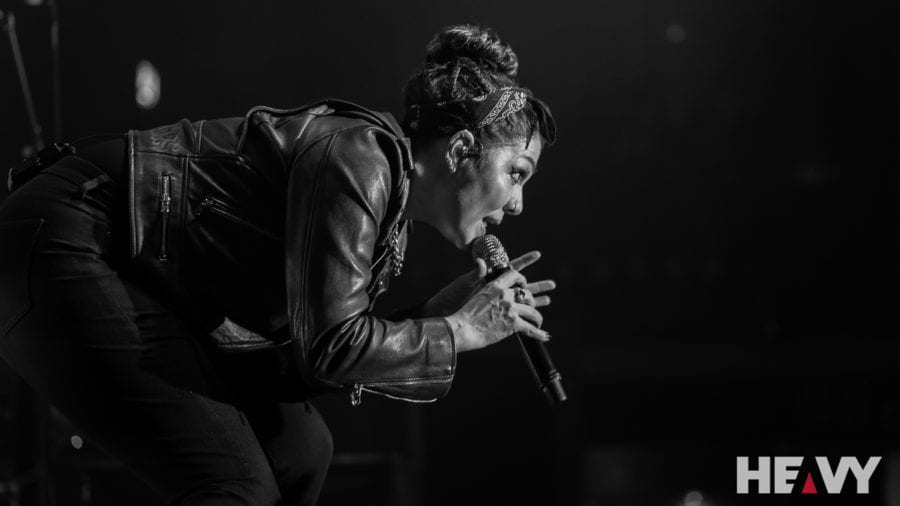 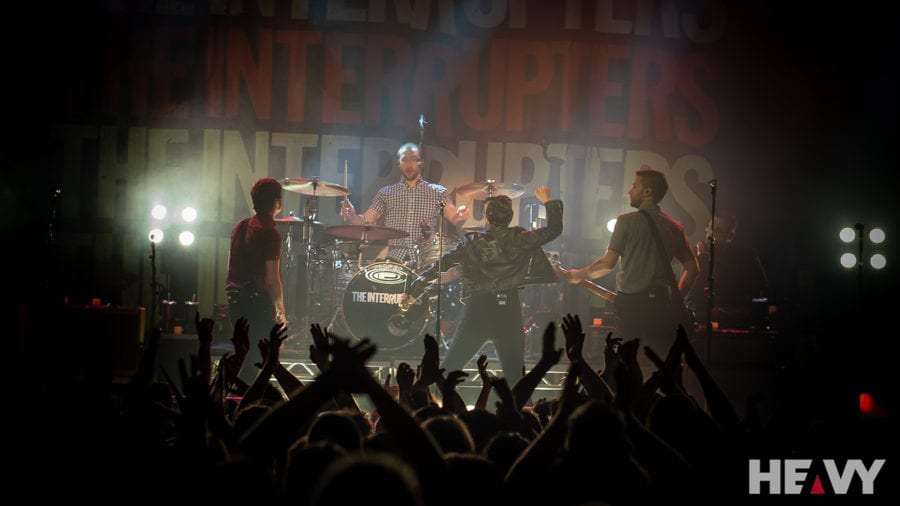 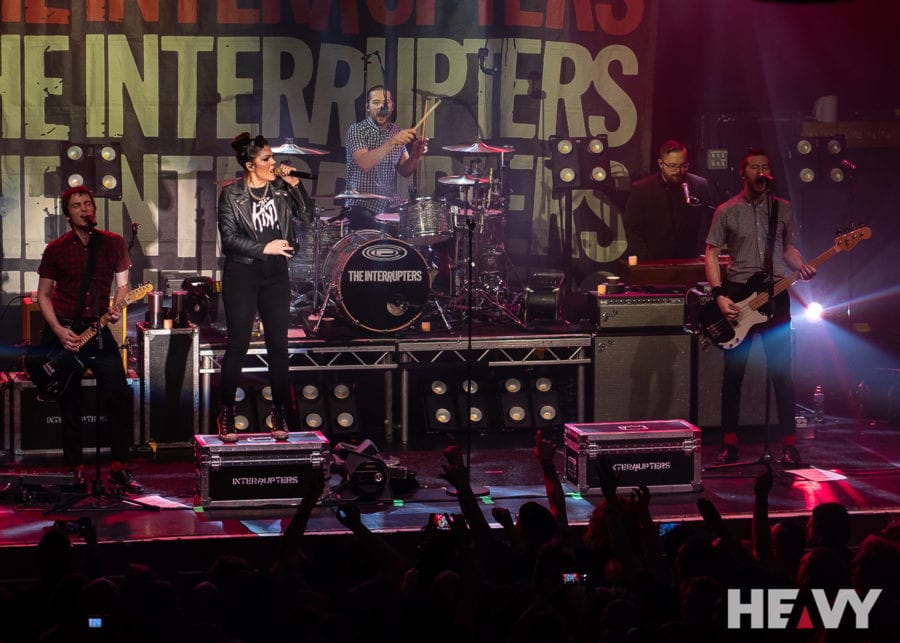