THE HU to release “The Gereg” album September 13th Get ready for THE HU, a band that are unlike any other rock band in the world.

Coming off a sold-out 23-date European summer tour throughout June and July, including six UK dates, the four-piece band combines traditional Mongolian instruments with modern American hard rock to create their own style of music they call “hunnu rock,” which derives from “HU,” the Mongolian root word for human beings. This unique sound blends heavy rock elements with traditional Mongolian guttural throat singing, accentuated by lyrics reflecting old Mongolian war cries and poetry. The word “gereg” in their debut album’s title was used as the first diplomatic “password” by the Mongol empire during the time of Genghis Khan. 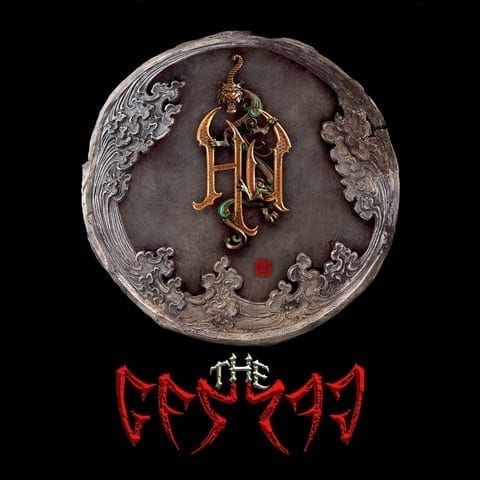 THE HU was founded in 2016 in Ulaanbaatar, Mongolia by their producer Dashka, along with band members Gala, Jaya, Temka, and Enkush. Together they create rock music with traditional Mongolian instrumentation such as the Morin Khuur (horsehead fiddle), Tovshuur (Mongolian guitar), Tumur Khuur (jaw harp), guttural throat singing built around the pillars of heavy rock: distorted guitars, bombastic drums, and aggressive rhythms. THE HU became an online sensation when they released music videos for “Wolf Totem” and “Yuve Yuve Yu” in December 2018, racking up a combined 34 million views to date. They re-released the singles on March 29, generating incredible global recognition across the globe. The track “Wolf Totem” reached Top 5 on the iTunes Rock Chart and achieved the #1 position in 19 different countries, while “Yuve Yuve Yu” reached #2 on the iTunes Rock Chart in 11 different countries.

In April, the band were offered Official Mongolian Ambassador to the Worldby the Minister of Foreign Affairs in Mongolia, while he congratulated them on their success.

The band’s inaugural performance as The HU was in June 2019 in their hometown, followed by their first headlining European and UK tour this past June and July.
The band also debuted this summer on several major festivals including in Download Festival, Rock Am Park and more. On stage the foursomeexpands to an eight-piece group to create an enveloping wall of sound.

“We couldn’t be more excited to join the amazing team at E7M,” says THE HU about their signing to E7M (Eleven Seven Music), home to Mötley Crüe, Five Finger Death Punch, Papa Roach and Nothing More. “The passion they have for The HU can be felt from New York to Mongolia and we’re excited to do great things together.”

Eleven Seven’s COO Steve Kline said about the signing, “Eleven Seven is continuously searching for unique and talented artists. The Hu’s mix of traditional Mongolian instrumentation and original brand of rock is unlike any other band. From first listen, we were immediately blown away. The Hu are about to take the world by storm, and we could not be more excited to welcome them to the Eleven Seven family!”