THE GLOOM IN THE CORNER With Top 5 Choruses 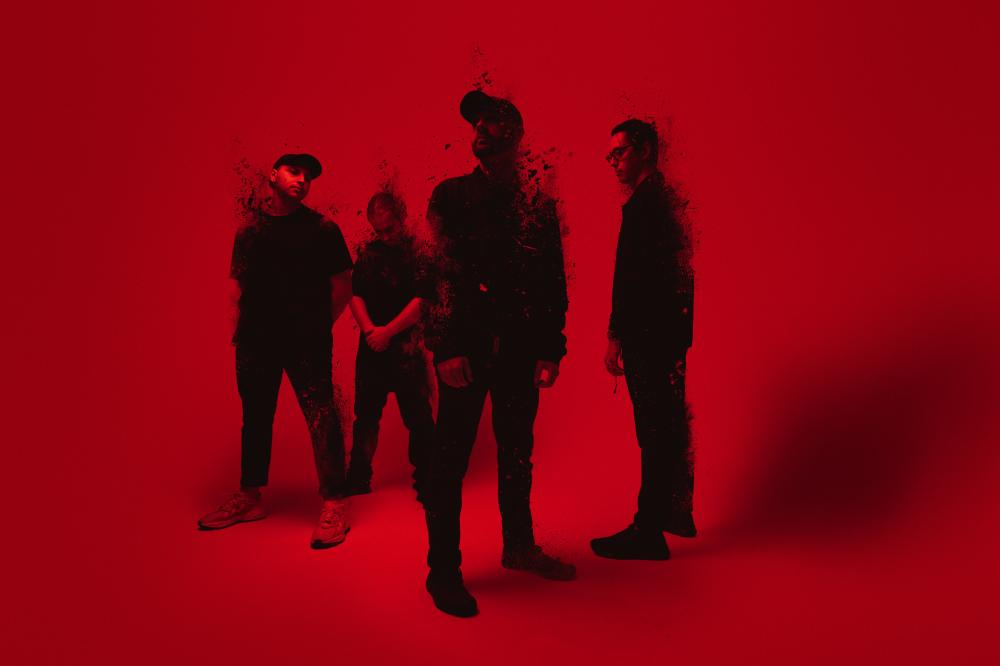 The Gloom In The Corner recently completed their musical narrative of weaving three intertwining tales over four songs, concluding with the final single “Requiem” last month.

The three-song release titled Ultima Pluvia includes the singles “Violence”, “Warfare” and “Requiem” and is available now for purchase and streaming at http://ffm.to/ultimapluvia

The Gloom In The Corner have also put together their Top 5 Metal Chorus list for your enjoyment.

The first chorus I thought of when making this list, I can never not have a dance when this song/chorus comes on, and a lot of people have stared awkwardly as I drive home screaming this chorus out the window. I don’t know why I’m so hooked on this chorus, but goddamn it gets me going. It’s still one of my favourite choruses, and definitely my favourite metal chorus.

I feel like I was part of the generation that got into Architects during their Daybreaker and Hollow Crown era, where they more so focussed around bouncy and riff-based choruses and screaming as opposed to a more traditional chorus (not they haven’t done that in their records since), and this was the first real chorus from them that took a hold on me; all the vocal layerings and patterns, synth layerings, how the guitars take a step back (until that melodic lead comes in) to me build a perfect melodic chorus, and certainly their best one, in my humble (long time Architects fan’s) opinion.

I’m a sucker for a gang chorus, growing up on Slipknot and a lot of rock/heavy metal thanks to Guitar Hero III. However, as I grew and my taste ‘expanded’ into metalcore and heavier music, I never really got into the Deathcore side of things with bands like Whitechapel, Suicide Silence, Chelsea Grin and more; there just wasn’t enough their musically to really entrance me like a lot of other metalcore bands at the time did (though I do love a lot of old-school MySpace based Deathcore now). There was one band however I absolutely adored, and it wasn’t even necessarily due to the heaviness of the music, it was the fact that it was all based around the movies of Robert Rodriguez and Quintin Tarantino. Upon A Burning Body just gave me that little extra something I loved; the arrogance and bounciness of Slipknot, the riffs influenced by Pantera and Metallica, and the breakdowns that (in my opinion at the time) made a lot of metalcore run for their money. Though not sporting many choruses over their first two full-length releases, the chorus in “Texas Blood Money”, a bouncy homage to where they’re from, has consistently got stuck in my head over the last 8 years, and if there’s any song I want to do shots to, this is definitely first in the queue.

Though leaning on the more ‘pop-metalcore’ side of things (take the likes of Issues as an example), this song won my ‘Song Of The Year’ purely off the chorus alone. Being a cold-hearted bitch, I generally don’t feel a lot of emotion when listening to ‘moving-songs’, but on GOD this song fucking got to me; the emotion that Rory (Rodriguez, vocalist) conveys in his singing is so ardent in the delivery that I felt heartbreak I hadn’t even fucking gone through. So yeah, catch me crying in the shower to this one. Thanks, Dayseeker.

Following a similar suit to “Burial Plot”, I found that I couldn’t get around a lot of ‘clean vocalists’ (singers, if you will), but every once in a while I’ll find a band with a singer I can’t help but get attached to, and Cane Hill is one of those bands. They’ve pulled out a lot of great choruses over their releases, but “Strange Candy”, the closing track on their record Smile, still sneaks and twirls its way into my head. It’s not an overly huge chorus; It’s not big or overtly produced like most of the choruses on this list, it’s a lot more ‘traditional’ in the sense it relies on what the four band members are doing and only that, taking a leaf from older metal bands’ books. And it just fucking works. Plus there’s a sick wah-pedal riff that closes off the chorus, and who doesn’t like a wah-pedal.

Special mentions to 2 more TDEP tracks; “When I Lost My Bet” and “Black Bubblegum’” and to “Unspoken” by The Ghost Inside, and “Sailor’s Prayer” by The Devil Wears Prada.