THE GETAWAY PLAN and DREAM ON DREAMER’s Unique, Odd and Funny Touring Habits 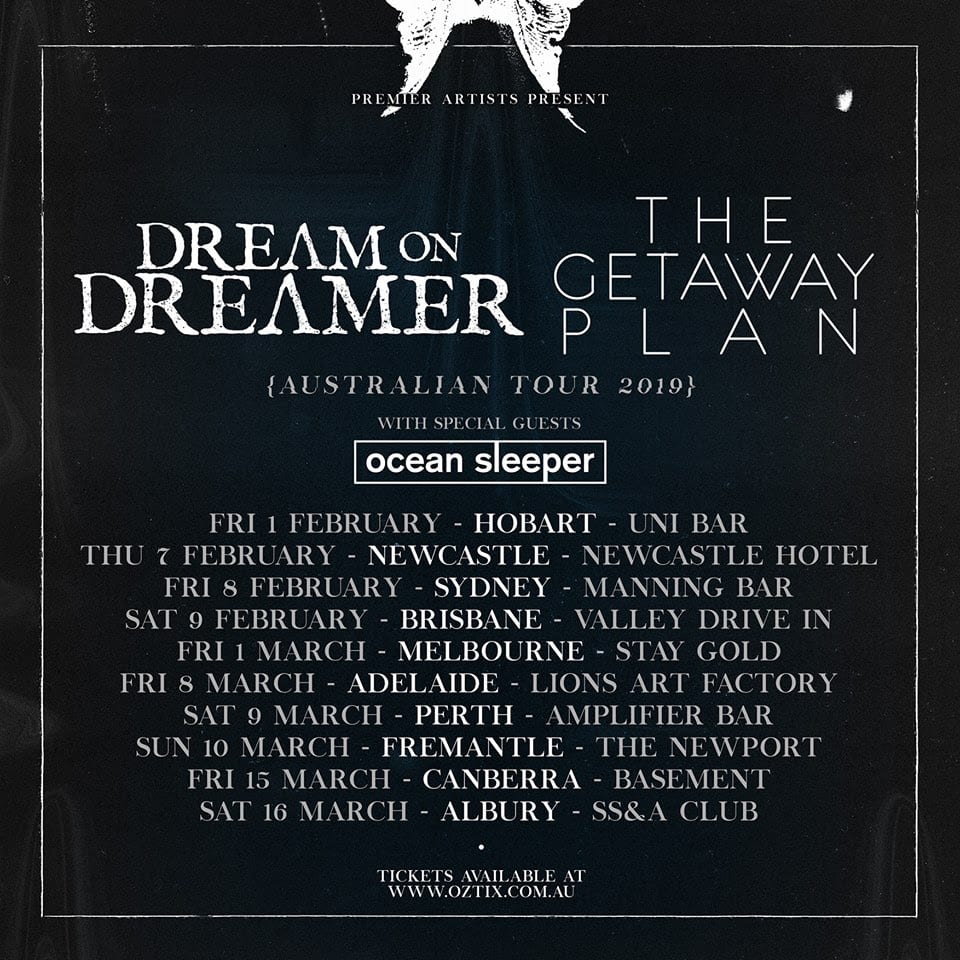 The Getaway Plan and Dream On Dreamer are two Australian acts who are no strangers to life on the road. Having won a wealth of fans over as a result of their energetic and emotionally packed live performances, both in Australia and internationally, for over ten years now, these bands have cultivated for themselves an impenetrable band dynamic. One that is going to be unleashed this February and March, when The Getaway Plan and Dream On Dreamer join forces for an unforgettable co-headline tour of Australia.

But, while on stage they present a slick and well-honed front, the bands’ off stage habits and antics are just as entertaining to get an insight into.

Zach’s bag explosions… we can’t have him in the van for more than 15 minutes without his undies being hung out the windows to dry. One time we played a show in Italy and his clothes were hanging up at the entrance, he forgot about them and everyone had to walk past them when they bought tickets. Either that or his love of getting injured, he’s either knocked out a tooth, sliced his finger open or broken a bone the day before we leave for tour.

Chris’ body image issues, aka gym routine and diet. Probably the first priority ahead of getting ready for the show. Also probably have to drop by the Gucci store at some point and 7 Eleven to get a doughnut.

Marcel steals things from the rider and tries to sell them to the band members at incredibly inflated prices. Being in the van in Europe with no access to grocery stores, he really takes advantage of the situation.

Mike will lose his keys, wallet and/or phone at least once a day (without fail). Some would say it’s an art form.

Dan carries cutlery sets, multiple keep cups, an umbrella, Tupperware and a bottle of sauce in his back-pack at all times. Pretty funny, but we all end up using it.

Matty gets deep in tunes up the back of the bus. Won’t hear a peep for hours. Good chance he’s working on something rad, so we leave him to it!

Clints just an all-around good time guy. He’s always been the wittiest and funniest in a room. Keen to have a good laugh over this run!