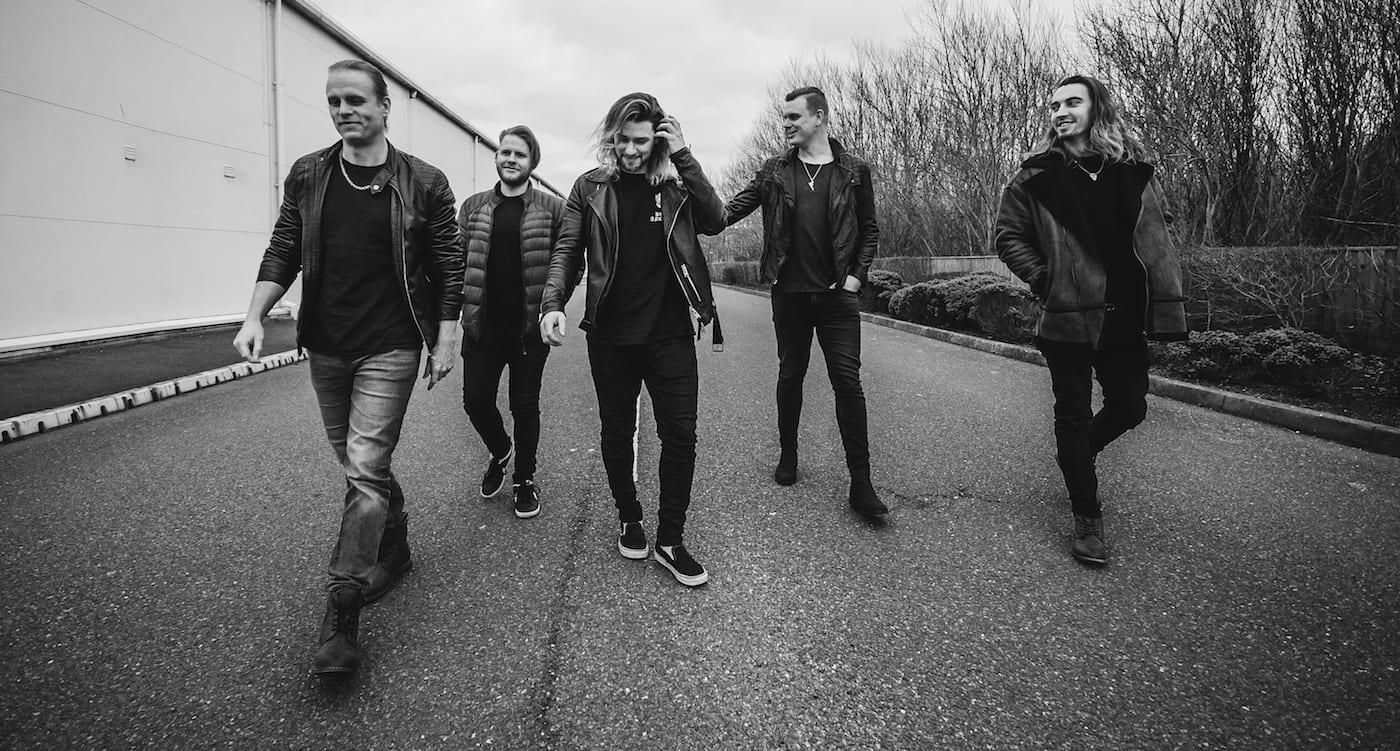 THE FALLEN STATE are set to release the first single, “American Made”, from their forthcoming new studio album A Deadset Endeavour. The band are also confirmed as support to Pop Evil across the UK and Europe through February and March 2019.

“American Made” is released through Last Man Music on the 8th March 2019. The single is the perfect showcase for the UK five piece rock act – a band with a mutual love for powerful, anthemic and beautifully executed rock. THE FALLEN STATE’S soundscape blends grooving and ruthless rhythms courtesy of drummer Rich Walker and bassist Greg Butler with the exuberant and soulful voice of singer Ben Stenning, the artful emotive phrasing of lead six-stringer Jon Price and a Dan Oke inspired harmonic wall of warm, contemporary rock guitars. The single features a tongue in cheek poke video at the genres obsession with all things American.

THE FALLEN STATE are a stunning live act. Fresh from successful tours with Black Stone Cherry, Tremonti, US Grammy winners Halestorm, 3 Doors Down, Puddle Of Mudd and fellow UK rockers Young Guns and Heavens Basement alongside a raft of UK headline shows, THE FALLEN STATE are set to tour throughout 2019 to support the forthcoming album. So far confirmed dates are as follows:

Since forming in 2013, THE FALLEN STATE have developed a fearsome live reputation by selling out shows with their modern, incisive and inspiring performances allied to their prolific output of five skillfully crafted EPs (“I,II,III”,“Crown Your Shadows” and “The View from Ruin”). THE FALLEN STATES critically acclaimed single “Nova” (featuring Chris Robertson from Black Stone Cherry and released in Christmas 2017) was a huge hit. Jon Price and Dan Oke are endorsed by PRS guitars. The “Nova” single has had over 3 million views across socials.

In early 2019 the band signed to Last Man Music. Further evidence of THE FALLEN STATES emergence as one of the most exciting British rock acts to emerge in years.