THE DARK HORDE Answer The Calling 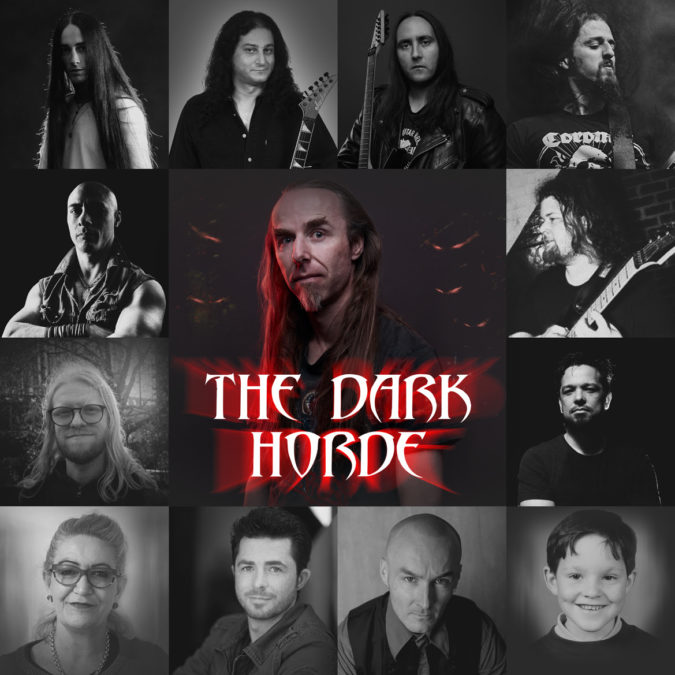 After many years of searching for the ultimate line-up, The Dark Horde is finally ready to unleash their musical masterpiece to the world.

Assembling a collection of Melbourne’s internationally renowned musicians, vocalists and actors, The Dark Horde is as much a cinematic production as a musical conglomerate, utilising a variety of mediums to produce music on a world class level.

With their debut album The Calling due for release in October this year, The Dark Horde have introduced the musical concept with lead single Mask, thus setting in motion a series of events that showcases supernatural horror with heavy metal music to create a unique and fresh landscape like never before.

Creator and mastermind Brewin joined HEAVY for a chat to enlighten us a little more on the concept and direction.

“Essentially we wanted something that was a strong single and got people’s attention and introduce the album,” Brewin explained of the lead single. “It features Danny on vocals, who is well known to some people through Pegazus and currently sings with Wicked Smile, teaming up with Hanny from Black Majesty, who again, many people will be familiar with and introducing Logan Jacobs. The track itself is introducing the main narrator of the story, played by Kevin Powe, who is foreboding the horrors to come and his state of mind.”

In the full interview, Brewin runs us through the concept surrounding The Calling in greater detail, tells us why Mask was chosen as the first single, releasing music of a conceptual nature and making it flow, how the project relates to his novel The Dark Horde, the people involved with the project, the musical composition, bringing the narrative to life and more.