THE BLACK QUEEN at The Northcote Social Club, Melbourne on 20/01/19 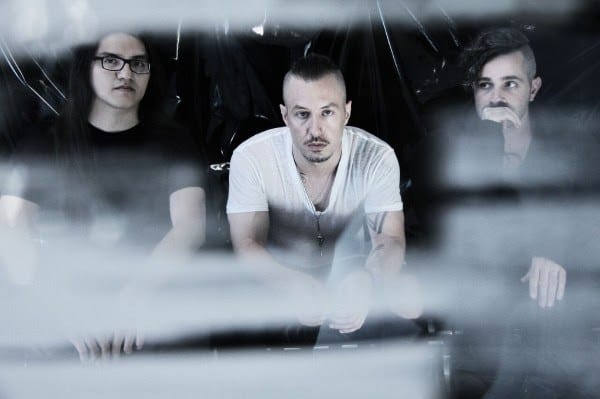 This past weekend in Melbourne, specifically at The Northcote Social Club (not neglecting Brisvegas and Sydney) was an emotional, cathartic, beautiful and life-changing for those of us that had the opportunity to witness one or all of the sold-out gigs for debut tour of The Black Queen.

Those of us that had the privilege of seeing Greg Puciato, Josh Eustis and Steven Alexander, collectively known as The Black Queen were more than grateful, humbled and blessed to bear witness to what many present at their shows considered to be life-changing and one of the best shows they’ve ever witnessed. But I shall elaborate later.

First to grace the stage to warm up a relatively small incoming crowd was techno producer and solo performer Elisabeth Dixon who had the pre-gig crowd warm-up duties. Her presence on stage was as commanding as her ambient style of hypnotic heavy bass driven style of mood and consciousness-altering techno beats and mind and body expanding sounds and chords that were performed and delivered in a way that would most definitely prepare and ready our senses entirely for the rest of the evening.

Next to grace us with their presence was LA-based ‘80’s inspired guitar driven but synthesiser complimented Drab Majesty. Drab Majesty are children birthed and cemented in an era of electronic music that changed the world and saw many of us at The Northcote Social Club this evening step back to a time where music was created in such artistic purity and beauty the likes of Duran Duran, Sisters of Mercy, A Flock Of Seagulls, Psychedelic Furs and their ilk that we revisited and embraced a time when emotion and feeling actually meant something to those of us listening. All in a mere thirty magnificent and fleeting thirty minutes. Seeing Drab Majesty perform was a solemnly euphoric and captivating experience. Guitarist and Vocalist Deb DeMure moved so poetically and gracefully on the small stage it was hard not to be captivated by the sheer enormity of the minimal aspect of music the crowd were witnessing. Mona D’s command of the synth and vocal duties just created and complimented for the two of them an atmosphere that was perfectly balanced and coordinated to support The Black Queen. Drab Majesty’s debut Australian shows were met with absolute approval and pleasure that I am certain they gained new adoring fans and will be back here in the not too distant future.

And now onto the reason, all four hundred of us were at The Northcote Social Club on either or both Saturday or Sunday nights. The Black Queen! Many of us are Dillinger fans, some also fans of Telefon Tel Aviv but primarily fans of music and art that speaks to us in life-altering ways that words are never enough and only truly expressed in a fully immersive and soul capturing personal live environment. We, the crowd were enraptured and hypnotised when the instantly recognisable TBQ symbol flashed on their video screen. We were at the mercy of what was about to be gifted to us for the all too short one hour set.

Whilst The Black Queen are an atmospherically electronic, almost dark retro synth-wave collective and are a polar opposite to any of Greg Puciatio’s involvement in The Dillinger Escape Plan, but they are no less as meaningful and passionate in their structure and ability to draw out their fans innermost emotions and vulnerabilities. A three-piece unit, The Black Queen collectively command, inspire and work so beautifully and cohesively together that sonically their audience is hypnotised and at every whim and mercy of every lyric sung, key hit or chord struck by Greg, Josh and Steven. Initially when this tour was announced many people argued that TBQ should of been given bigger venues (due to the fan base of TDEP) but there were those of us that welcomed the sheer intimacy of The Northcote Social Club. Looking around and being involved in and included in an environment where fans of The Black Queen and their debut album Fever Daydream and latest Infinite Games were crying during their beautiful atmospherically ambient set, holding one another and for one perfect hour letting go of everything that bound them to existence and both listening to and witnessing a cathartic moment of soul cleansing clarity! 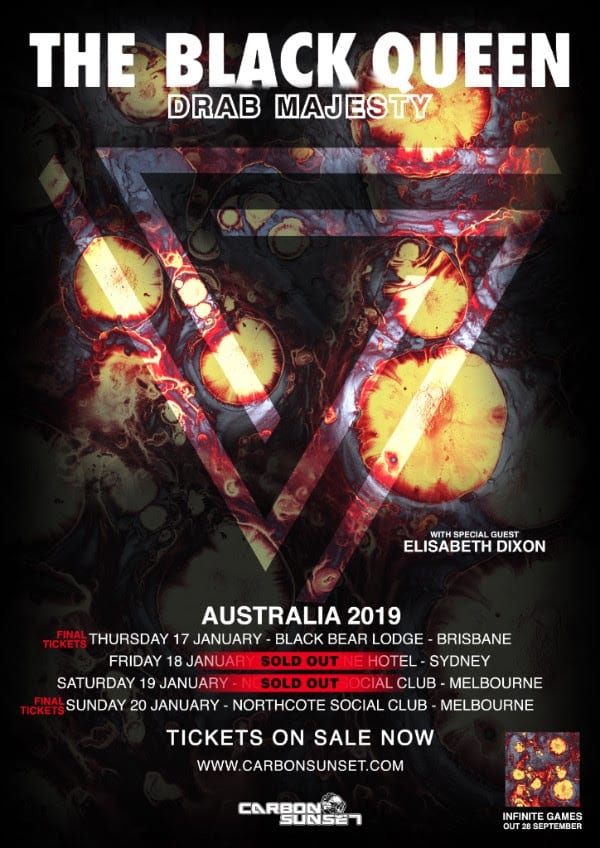 PrevPrevious.TURNSTILE at Factory Theatre 17/01/19
Next.THE PRODIGY and SHOCKONE at RAC Arena, Perth on 24/01/19Next