After a few vocalist swaps, Daniel Tompkins is back again with his precise vocals, bringing an honest vibe to what is a very, very well-mixed album.

I’m not going to do a track by track review. It’s one of those albums that each song has its differences but yet still bleeds respectfully one into the next. Prog is as miss-mash of genres generally; it’s not easy to make a good Prog album due to this., but, some musicians have the confidence, intelligence to craft to skillfully mould sounds into a unique kaleidoscope, TesseracT is one that is doing just that repeatedly.

For audiophiles, TesseracT have produced a binaural version which is exclusively available as part of the 2CD version, this version is a 360-listening experience designed by Klang: Fabrik for headphones listening. Amos Williams explains more “The concept is to push past the restrictions of a stereo headphone mix and create an accurate ‘3D’ space in which positioning outside of the normal Left-Right axis can occur. This is something that every artist that uses in-ear monitors on stage wishes to recreate; the real and accurate positioning of instruments. We immediately felt that this technology could be applicable to us in the studio. TesseracT loves to bring what it does in the studio to the stage, but this time it’s experimenting with bringing a live element to the studio.”

TesseracT are Touring Australia with Circles

Tickets for all shows are on sale now via Live Nation. 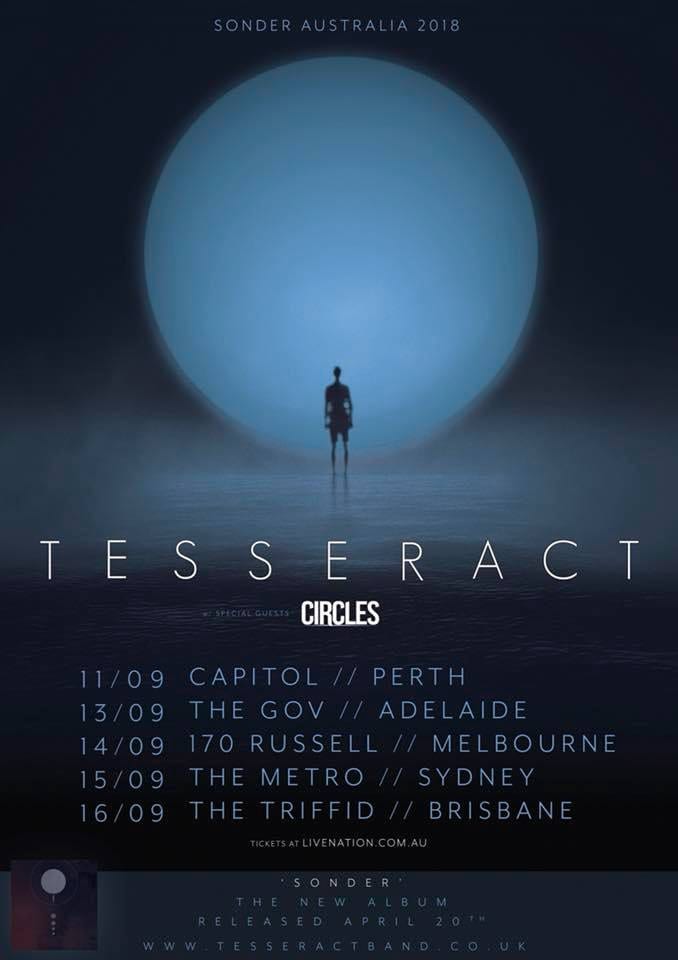