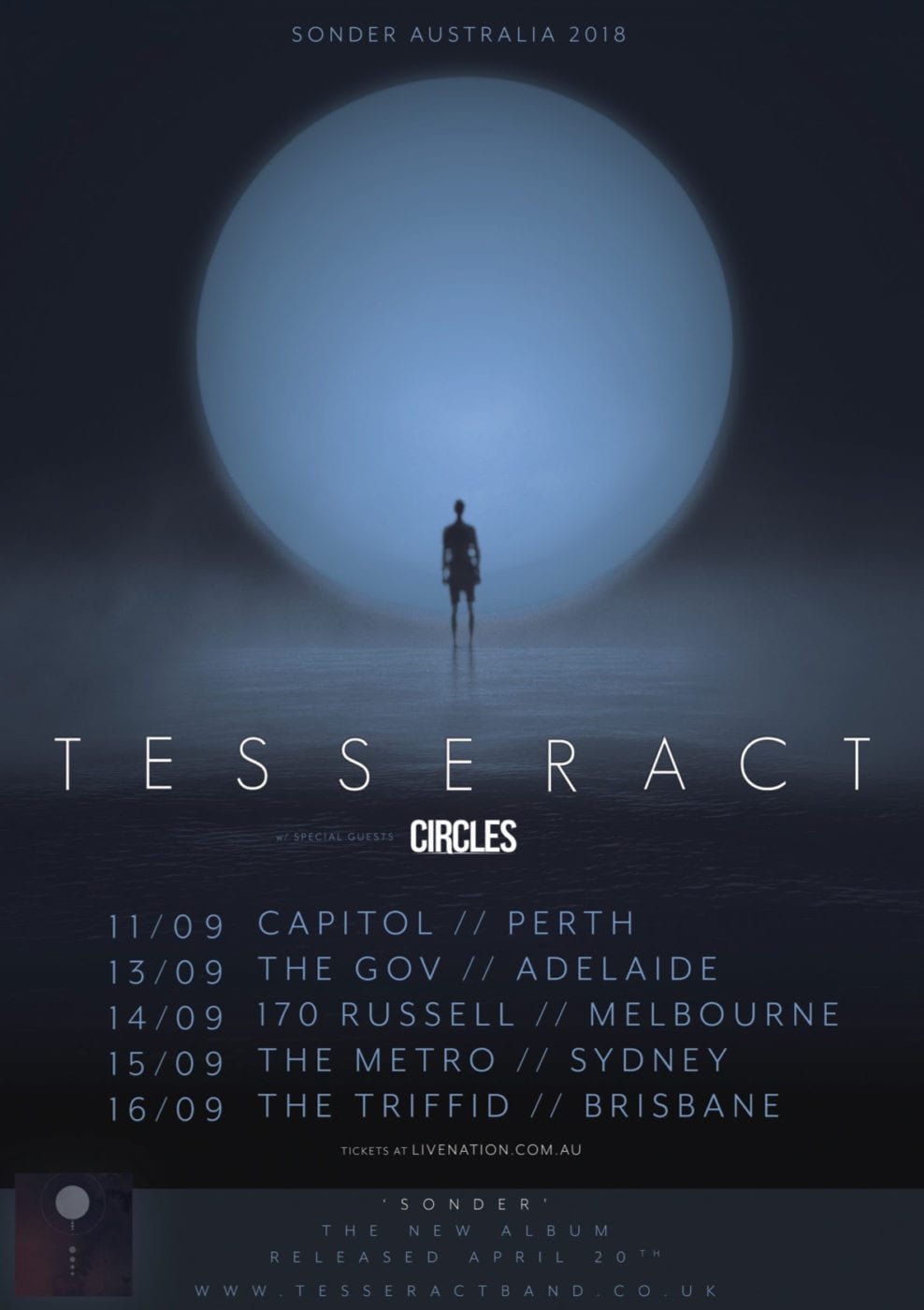 It will be nearly three years exactly since the band’s last visit and in that time their fan base has increased immensely as this tour sees them playing their biggest rooms yet!

Tickets for all shows go on sale at 10.00am Tuesday, April 10.
www.livenation.com.au/artist/tesseract-tickets

Their phenomenal success over the last three years in support of the Polaris album saw them play worldwide tours as both headliners and as special guests for the likes of Megadeth, Meshuggah, The Devin Townsend Project and Gojira.

TesseracT’s fourth studio album, Sonder, will be released on April 20 via Kscope and showcases perfectly why they remain pioneering leaders of the ever-evolving metal scene.
Sitting outside the bounds of any genre specificity, TesseracT are an unstoppable force of off-kilter riffs, soaring melodies, bending grooves and disorientating atmospherics.

Adding significant firepower to the band’s arsenal, Sonder blends the harsh abrasiveness of One (2011) and progressive ethereal elements of Altered State (2013) with the accessibility of Polaris (2015).

Discover Sonder’s powers for yourself, watch the music video for King here & listen to the first single Luminary here.

TesseracT frontman Dan Tompkins says of the tour; ‘It’s going to be a busy 2018! We’re very excited to announce our return to Australia in September!  Our last tour there was an amazing success and experience and we look forward to getting back to the Southern Hemisphere to play for our Aussie fans.  We’re touring with the natives, Circles…a great band who bring a lot to this tour.’

Joining TesseracT on all shows are Melbourne progressive powerhouse, Circles.
Leading the way in the evolution of Australian heavy music, Circles look set to take on the world!
Intricate and emotional yet crushingly heavy, the band continually expand what is achievable within rock, metal and the djent sub-genre.
With a growing global fanbase and epic sets at some of the worlds most prestigious heavy and prog festivals, Circles are a perfect fit as TesseracT’s special guests.

Prepare for a night of sonic wizardry as TesseracT and Circles take you on an aural journey like no other.  This is one event of sensory overload you simply must experience.