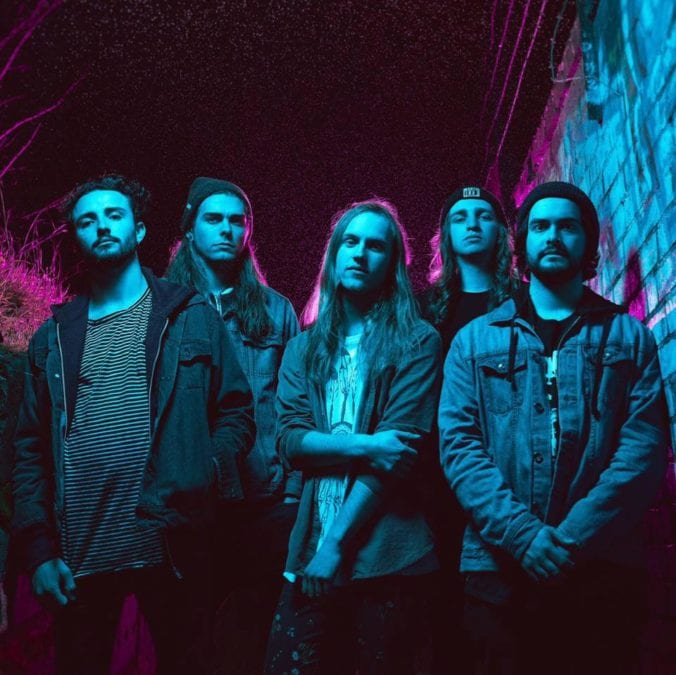 Ballarat alt/progressive metal prodigies Ebonivory are one of the new wave of bands that has it’s eclectic nature as it’s core ingredient.

Their mixture of alternative rock, progressive metal, post-hardcore and modern punk all under one banner is an unusual combination but one which blends seamlessly into a fresh sound that has seen them build a strong following.

“It’s interesting,” laughed frontman Charlie Powlett when pressed on Ebonivory’s unique sound. “Its sort of just how I write music from all of my influences and growing up with a lot of radio rock and Australian rock, like Powderfinger and Grinspoon and then later on finding progressive rock and progressive metal then channelling it all into this one unified sound.”

After spending the early parts of this year touring the country as a support act, Ebonivory is preparing to embark on their maiden headlining tour to promote upcoming single ‘Tales of Termina’, with Powlett admitting the closer it gets to fruition the more real it becomes.

“Its a mixed bag,” he said “We were really nervous but now that it is getting closer we are getting more pumped. We’re really excited to be getting out there and play more shows.”

After opening for Dead Letter Circus and Circles, Powlett admits that the step up in responsibility to a headlining performance is significant.

“This time a lot of the pressure is on us to give it all we’ve got,” he conceded. “When you’re playing under such huge acts you can get in the mindset that the show is about them but this time all eyes are on us.”

In the full interview, Charlie talks about learning from more experienced bands on the road, their recent performance at Wallapalooza, how important smaller, more localised festivals are to Australian bands and music, new song ‘Tales of Termina‘, his early vision for the band, their next release, future plans and more.

with Sum Of Us, Motions & Patient Lounge

with Special Guests, The Last Martyr, Vatic & In Vanity