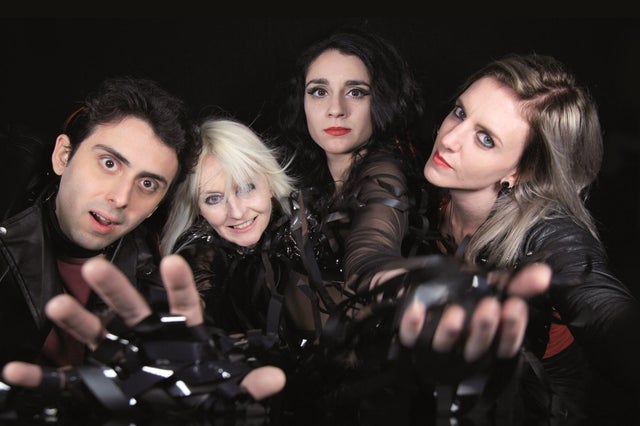 Though the name Syteria might not be instantly familiar, you will recognize their shining lead guitarist.

In 2015, hard rock band Syteria was founded by the talented lead guitarist of legendary Girlschool, Jackie “Jax” Chambers. Girlschool is a hard rock all-female band that had the most success in the 1980s with the release of seven albums during this time and heavy involvement with Motorhead.

After the success of their debut 2017 album, Syteria released their sophomore album Reflection in early 2020. Once the pandemic hit any plans for press and touring came to a halt.

“We released it on the 21st of February 2020. Almost immediately after the release we were put into a lockdown.” Jackie Chambers says. “We spent money on PR, magazines and all of this.”

“It was going to be a great tour. We sold lots of tickets – it was quite frustrating.” Chambers explains.

In a world full of negativity that 2020 left in its aftermath, Reflection is the pack punching album that will leave you feeling positive after you listen to it. They blend classic rock styling with punk fuzz and fun four-part harmonies that you’ll want to sing along to.

“It’s a different style but it’s still Girlschool-ish.” Chambers discusses the style of Syteria. “When I write for Syteria it’s a completely different feeling. I use a lot of harmonies that we wouldn’t necessarily use for Girlschool.”

Renaissance Records has announced that they will be releasing a reissue of Reflection onto 180g vinyl in May of 2021.