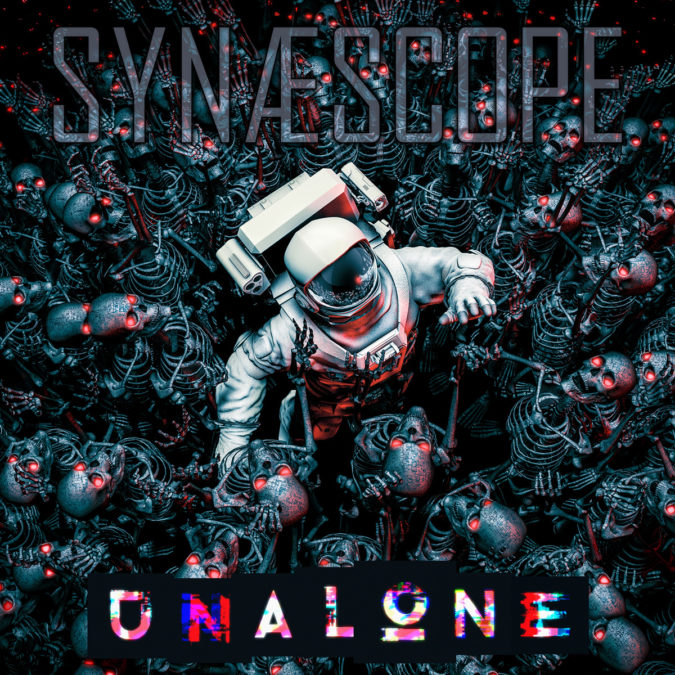 Post-Hardcore, you know, that genre I’ve spoken about before where they try to be all heavy and shit but then sing real poppy shit over it to try and drag in the mainstream music fans? Well, at least that’s my take on it, the genre that is.

Apparently, these guys add some metal, rock and high-quality production into the mix too, so let’s see how this 5 track
EP titled Unalone plays out.

Consequences of Choice opens up the EP with some of that singy stuff I was talking about earlier with a cool little metal riff backing it. Enter drums, bass and the slight hint of a scream or two. The song pretty quickly heavies up a little with some solid double kick and a progression to the opening guitar riff. It is exactly, kind of, what I expected, but it does have a weird little timing tweak that pricks the ears up enough to prepare you for the incoming heavy screams.

The production is high quality as they claim, however I do feel that the music could have been a little more solid behind the vocals which sit over the music the whole time and don’t really give the heavy rhythms the chance they deserve to really push through.

God Complex is up next and opens with a heavier groove under some melodic vocal sections. The next riff, and accompanying rap section, sets a completely different tone which is almost Nu-metal. It then heads back into that heavy rhythm and clean vocal vibe again. This track has some weird flavours and sends me somewhere on a journey similar to that of recent Avenged Sevenfold albums. The track gets quite heavy towards the end, and we hear less melodic vocals and a heap of well overdue screams. They even please me with a quick guitar solo.

The intro to the next track A Sense of Vengeance could be the textbook definition of Post- Hardcore with its quick double kicks, melodic guitars and super clean vocals. It quickly saves itself with a super heavy screamed chorus though and I sit through another singalong verse so I can get to that cracking heavy chorus again. Luckily, we hear it a few times through the song with the same formula repeating itself until we make it to a short bridge and then into an impressive guitar solo. Honestly, they could just ditch everything else in this song, bar the choruses and the solo, and you’d have a 3 min banger. The track clocked in at 6 min and had me feeling like it was a little forced and overwritten.

Sometimes simple is better, at least that’s what I tell my simple self!

Fuck Yeah was my initial thoughts when the opening riff of This is My Design kicked in, but then the clean vocals came in, and I was all like “here we go again”. The tracks hold up with its heavy riffs backing up one after the other, but the clean vocals seem to take the edge of what could be a really aggressive song. Don’t get me wrong, you could bang the shit out of your head to this track, but it might feel a bit weird when you’re being crooned by the clean smooth vocals. The screams eventually make an appearance though and are followed by a super heavy breakdown. Quality track to be 100% honest, I might even give it a second listen.

The final, and title track Unalone, commences with a simple guitar melody which introduces a drum and bass section and some semi aggressive spoken word/rap style vocals. Enter singalong chorus, for just a brief moment, before returning to the opening drum and bass groove. This track takes on a more progressive feeling than the rest of the EP and shifts between slow verses, rocky choruses and multiple varying breakdown and vocal performances. It actually becomes quite hard to identify what the verses and choruses are and where the various other musical and vocal elements fit into the song. This is a well written track that I’m going to have to listen to a few times to learn and understand it’s structure.

If that cockroach infested place called NSW manages to fuck off the filthy Rona, and these guys are able to tour, I’ll probably go and check them out because I like what the heavy side of the band delivers. The clean vocals may even grow on me eventually although they do feel a little overused, and I am a bit of a snob of anything with Core tacked on the end of it, especially when it’s preceded by “post”.

Anyway, opinions are like assholes, and I’m an asshole, so enough said! Enjoy!