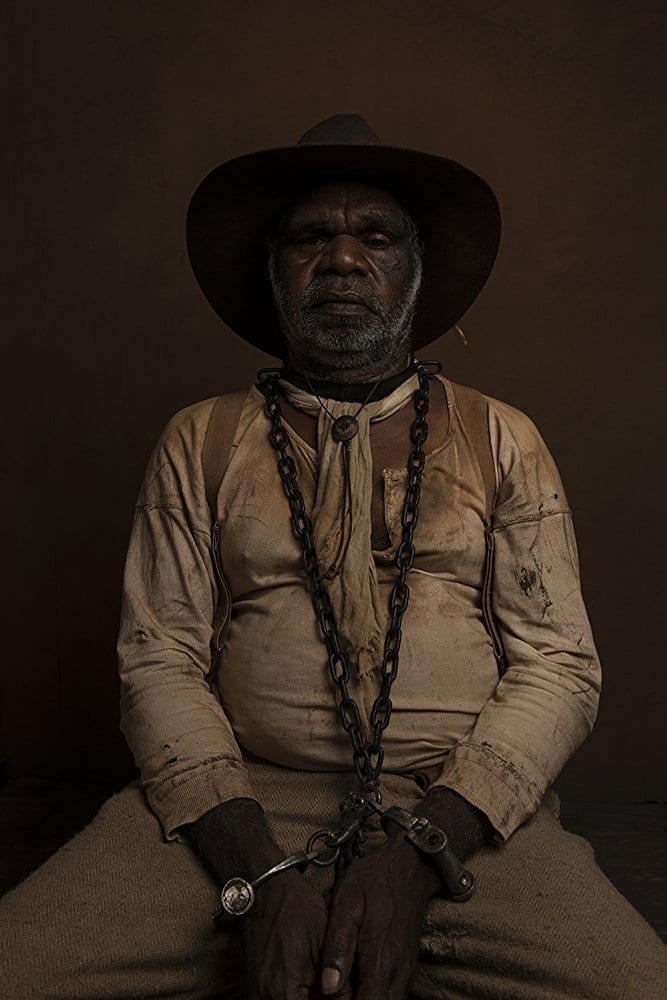 The win makes APSA history, with Warwick Thornton becoming the first director to have two films win Best Feature Film following Samson and Delilah’s historic win in 2009. He is also the only Australian director ever to have a film win in this category.

The Brisbane-based Asia Pacific Screen Awards, the region’s highest accolade in film, honours the cinematic excellence and the cultural diversity of the world’s fastest-growing film region: comprising 70 countries and areas, 4.5 billion people, and responsible for half of the world’s film output. Forty-two films from 25 countries and areas of the Asia Pacific region received APSA nominations in 2017, including the first nomination for a film from Bhutan.

The Asia Pacific Screen Academy is a powerful network of the region’s most influential filmmakers, headed by Academy President Jack Thompson AM PhD.

President of the APSA International Jury, Oscar® and BAFTA®-nominated film editor Bilcock said: “Sweet Country is a milestone film about Australia’s shameful history. It is uniquely told through Warwick Thornton’s strong cinematic style and personal knowledge of his own culture. Our jury from five countries have been transported by cinema into diverse communities and privileged to share in their personal stories, history and traditions. I was particularly impressed by the rise of stories featuring strong women characters and also the emergence of some truly talented female directors. Overall the Asia Pacific region continues to bring us extraordinary stories and talent with a highly original slant.”

Brisbane Lord Mayor Graham Quirk said: “Winning an Asia Pacific Screen Award is a huge achievement and, on behalf of the City of Brisbane, I’d like to congratulate the winners and thank them for sharing their extraordinary stories. I’d like to commend Best Feature Film winner, the Australian-made Sweet Country and director Warwick Thornton, who took Australia’s only other win in this category in 2009 for his debut feature Samson and Delilah. Brisbane is honoured to be part of this journey and delighted to further strengthen ties with our neighbours in the culturally rich region of the Asia Pacific.”

Andini accepting the award on the night. A deep exploration of Balinese culture, this is the second film Andini has directed to win an APSA. Her earlier film The Mirror Never Lies (Laut Bercermin) won the APSA for Best Children’s Feature Film in 2012. The jury called The Seen and Unseen “a beautiful depiction of grief, an important subject done with elegance and lyrical use of metaphor and meditation. It is a stunning and touching film with a balletic quality. The use of magical realism was really sophisticated for a new filmmaker.” The Seen and Unseen was the recipient of an APSA Academy Children’s Film Fund grant, an APSA Academy funding initiative for early script development.

Chairman of the Asia Pacific Screen Awards and its Academy Michael Hawkins said: “I congratulate the winners in the 11th APSAs and the two International Juries for their remarkable work in determining this year’s winners. I make particular mention of the more than a dozen returning APSA Academy members amongst the nominees and winners.”

During the Ceremony, the Motion Picture Association (MPA) announced Australian Producer/director Robert Connolly as one of the four recipients of the 8th round of the MPA APSA Academy Film Fund, for his project Magic Beach. The fund is created to support, at script stage, new feature film projects originated by APSA Academy members and their colleagues across the globe. The fund awards four development grants of US$25,000 annually, and is wholly supported by the MPA. To date, 32 projects have now been funded, with many going into production and garnering success at film festivals around the world.