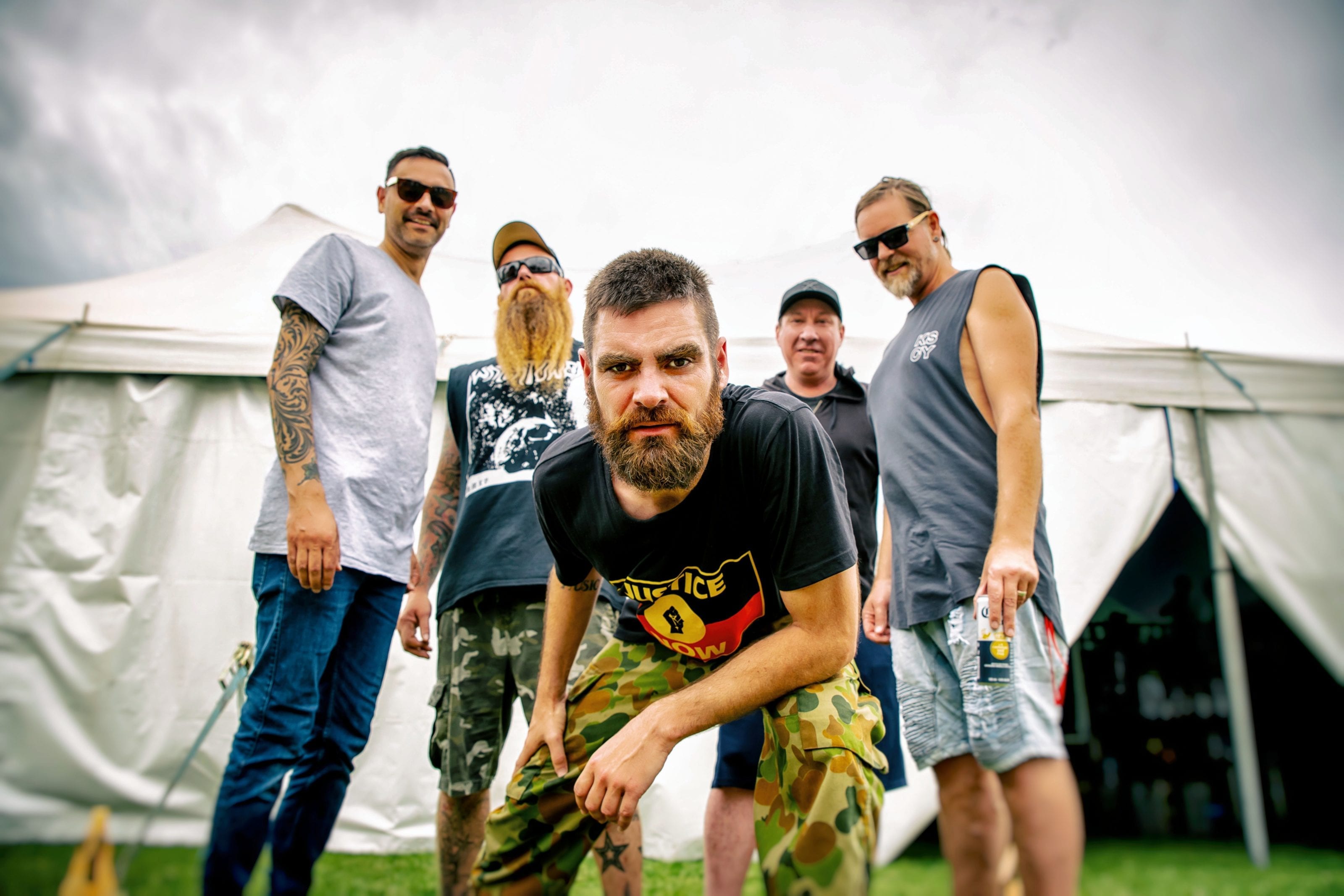 Superheist was born in a beachside, suburban town called Frankston in the state of Victoria, Australia and began as a powerful industrial/electronic death metal band in 1993. Over time Superheist diversified into the nu-metal “groove kings” who moved thousands of punters during a time The Big Day Out [2002] was around. But, in 2003, Superheist, decided to call it a day, much to the disappointment of their fans. They had grown so fast and achieved so much — it was a shock to see them fold.

In 2016 Superheist released a smashing album titled Ghosts Of The Social Dead.

HEAVY’s interviewer, Metal V, recently caught up with DW to discuss the bands’ revival and the birth of a new album, Sidewinder — out mid-April. Of which, not so coincidentally, from Tuesday 2nd of April, you will be able to stream three songs titled “The Riot” [which will be premiered on HEAVY this Sunday night] and two other brand new songs, “Crush The Crisis” and “Shockwaves” on www.superheist.band

DW on the bands past: “We released a documentary last year which talks at length about the ‘hows and whys’ of Superheist from the early days of the Apocalypse demo right up until we were on the road on with the ‘Raise Hell Tour'”.

The film is called “The Fight Back” and was bolstered by sold-out shows across Australia. It WAS a “comeback”.

HEAVY Magazine premiered “The Fight Back” on Facebook. Watch it in full here.

Superheist “2.0” was not without teething problems. DW himself reveals what happened during the ten-year void, “In 2014, I took a trip to Egypt. While I was there, I had a bit of an epiphany that I wanted to get back to music. I started writing again and demoing stuff, and talking to friends and colleagues. Rick Butterworth from Dinner With Wolves [independent record label – www.dinnerforwolves.com] was the one who said, ‘hey, if you’re going to do it you may as well do it with Superheist. You had such a great following. I really think you could build up that momentum again'”.

With DW’s incarnation of Superheist in place, he excitedly continues, “We recruited the amazing Ezekiel Ox, who describes it [himself] the ‘final singer of Superheist.’ He’s been absolutely awesome for us”.

“Then we got our behemoth bass player Si Durrant back from 8 Mile High days. We have the great John Sankey people will know from Devil You Know, he also co-wrote some Fear Factory records, Divine Heresy stuff… he’s one of the better metal drummers in the world”.

It’s now 2019 and we’ve just witnessed the launch of “HEIST FEST 2019” featuring a double headliner of not only Superheist but also the unmistakable and passionate sound of Alaskan tyrants 36 Crazyfists who haven’t been to Australia since Soundwave 2011.

DW excitedly discusses the formation of Heist Fest, “We’ve been toying with this Heist Fest idea for some time, and we feel as a band of our vintage, we’re not going to tour every other month, we want to do one or two big events a year. So we came up with this idea of Heist Fest, something we can brand and take into the future year after year and slowly build it up and hopefully make it an outdoor event with loads of big metal bands… So, here we are we’ve got seven shows coming up starting on the 4th of April.”

Heist Fest kicks off on the Gold Coast and travels down the East Coast, then to Adelaide, then back to the east side until they reach their hometown and the stage at The Pelly Bar.

Supporting Superheist and 36 Crazyfists are Byron Bay lads, From Crisis To Collapse.

Heist Fest 2019 promises to be an event you don’t want to miss and rest assured these gigs will be at capacity and have you bouncing off not only the stage but the walls!

DW and Metal V discuss things further and in-depth with details of Superheist’s rise, death and rebirth in the podcast interview.

Get tickets, as we suggested, there’s going to be sold out shows! 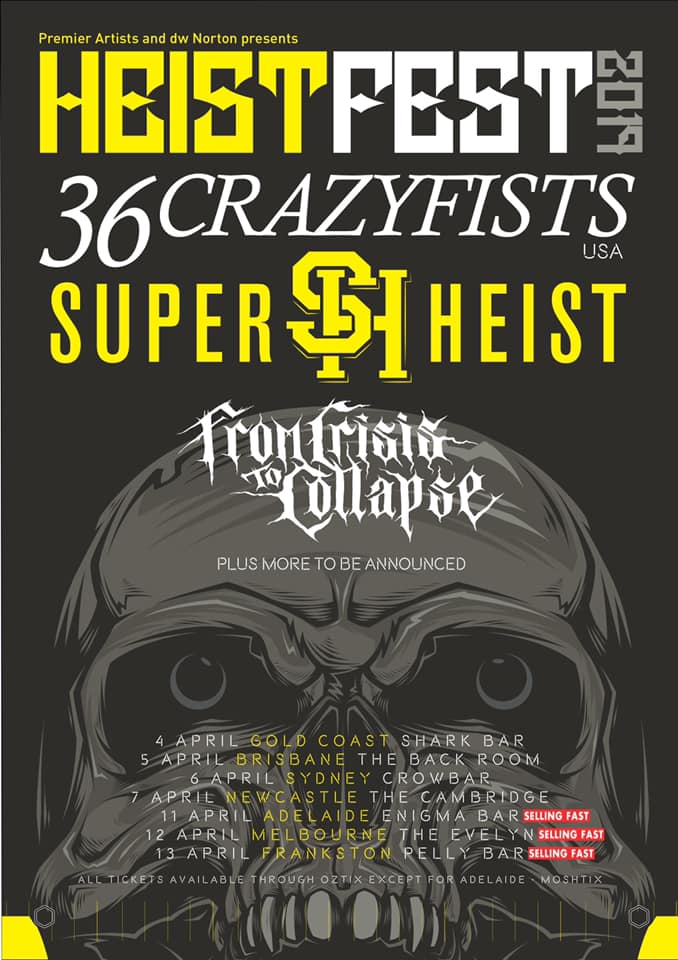