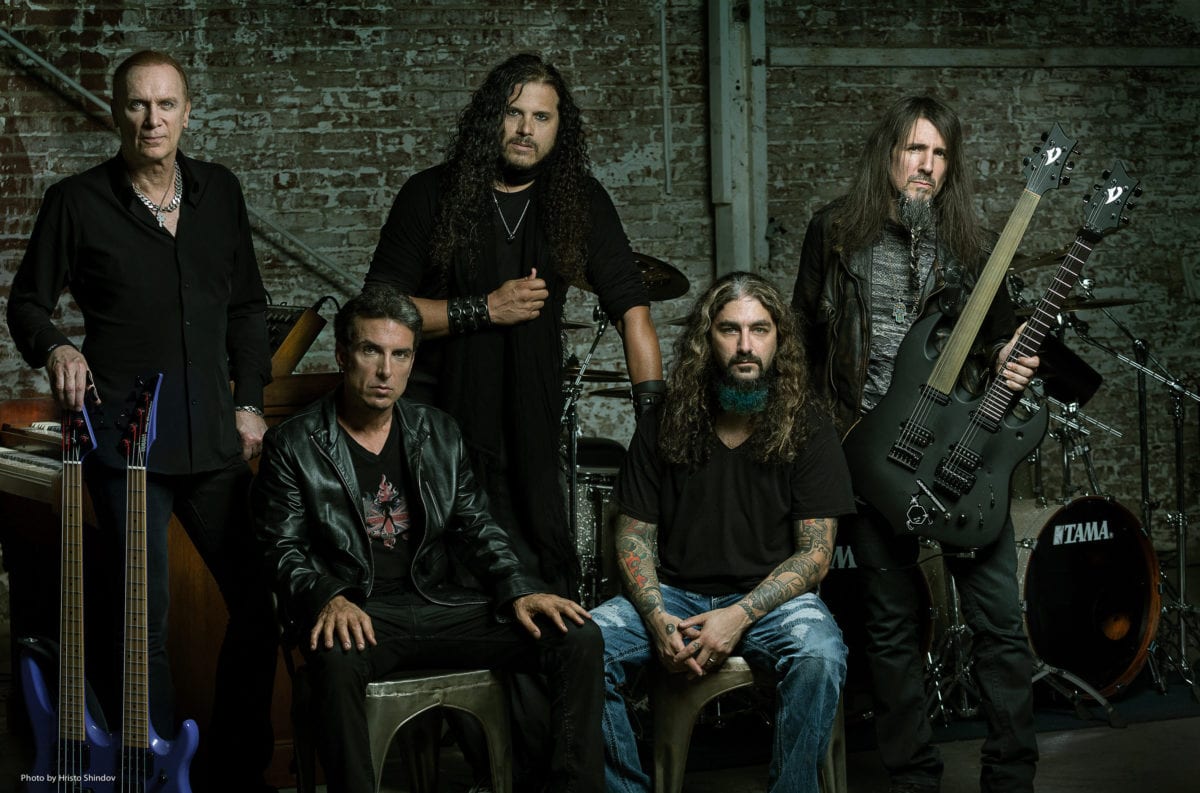 “’Coming Home’ immediately felt like the SONS OF APOLLO ‘grand entrance’ as soon as we wrote the song,” says Portnoy. “Almost like a fighter entering the ring. I knew this had to be the first video and first time people see us playing together. The video was shot at Ocean Studios in Burbank, CA, where we wrote and recorded the album. So you’re essentially seeing the exact place and environment that SONS OF APOLLO was born.

“I assume most people’s expectations of the band from its lineup is for SOA to be a self-indulgent ‘wank-fest’ (and granted, there are three 10-minute Prog epics on the album!), but ‘Coming Home’ is an example that we are just as much a rock band cut from the cloth of classic bands like Van Halen as well.”

PSYCHOTIC SYMPHONY was produced by the dynamic production duo of Portnoy and Sherinian, also affectionately known as “The Del Fuvio Brothers,” which is the nickname given to them over 20 years ago during their time together in Dream Theater.

SONS OF APOLLO got together very organically, as Portnoy explains: “Derek and I reunited shortly after I left Dream Theater in 2010 and we put together an all-instrumental touring band with he and I, Billy Sheehan, and Tony MacAlpine. That was my first time working with Derek since the ‘90s when he was in Dream Theater and it was just great to be working with him again. Ever since that tour, which was really just a one-off live thing, he has been nudging me to start a real, original, full-time band. The timing just had never been right, because I had too many other things on my plate. Long story short, the time was finally right to take the bait and put together a band.”

“Mike and I work at a relentless pace in the studio,” continues Sherinian. “The music is modern, but we have an old school soul. What is unique about SONS OF APOLLO is that we have true rock n’ roll swagger along with the virtuosity– a lethal combination!”

But what to call the next great supergroup? “Derek was mainly the one behind the name,” says Portnoy. “I have a list that I keep on my phone of about a hundred different band names, which I constantly have to refer to every time I have a new band every year (laughs). So, I pulled up the list and Apollo was one of the names on the list. It was a word that both of us really liked. We started fiddling with different variations of the word. One of the original band names we were working with was Apollo Creed, the character from the ‘Rocky’ movies, but after lots of different discussions on different variations, Derek suggested SONS OF APOLLO and it seemed to stick. Apollo is the God of Music so with that in mind it seemed like a fitting name.”

Mike Portnoy, Derek Sherinian and Billy Sheehan previously toured together in 2012 and 2013 as PSMS (along with guitarist Tony MacAlpine), playing all instrumental versions from each of their previously recorded music. SONS OF APOLLO is the next logical progression by adding a vocalist and creating all-original material. The band incorporates the progressive style and individual technical prowess that Portnoy & Sherinian shared together in Dream Theater combined with the swagger and groove of Van Halen, Deep Purple and Led Zeppelin.

“I have known Mike and Derek for a long time, so when they came to me with Sons of Apollo, I jumped on this straight away,” says Thomas Waber, Label Manager/A&R International of InsideOutMusic. “However, the album they ended up recording exceeded my already high expectations by a long mile! We couldn’t be happier about it!”