[WIN] FALLING IN REVERSE 2 Double Passes To Any Show 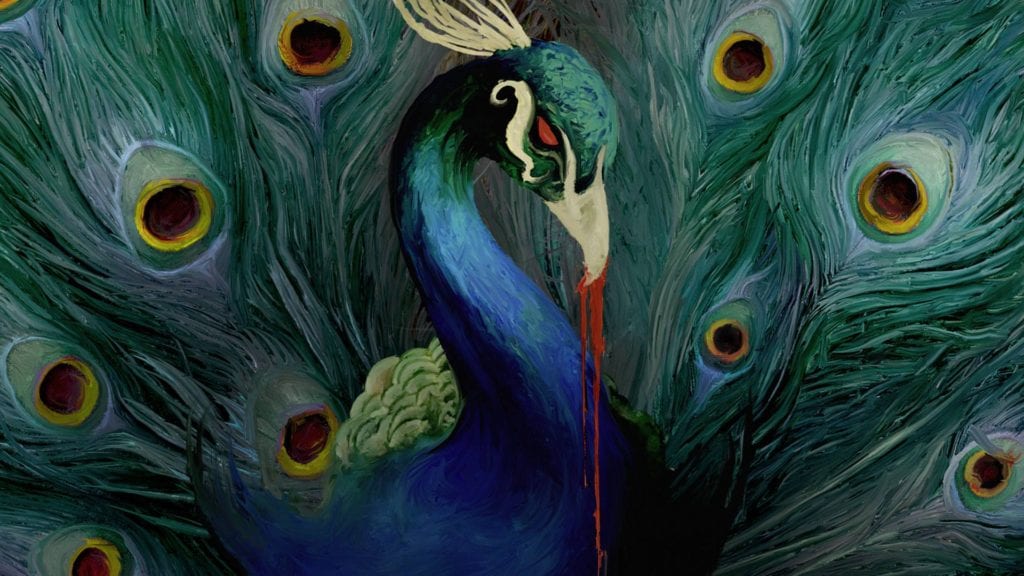 Thanks to our friends at Metropolis Touring and DRW Entertainment we have 4 Opeth “Sorceress” CDs to give away! For a chance of winning a CD simply do this: Type your first name Chuck in your email address Share this page on your social media Put on Opeth’s “Damnation” album and make dinner [contact-form […]

HEAVY + Direct Touring are giving one crypt-lucky person the chance to win a double pass to any city of their choosing for the upcoming Cryptopsy tour! PRIZE #1 Email HEAVY at [email protected] the title of your favourite Cryptopsy album for a chance to win the tickets! Title the email: WIN CRYPT-TICKETS PRIZE #2 HEAVY also […] 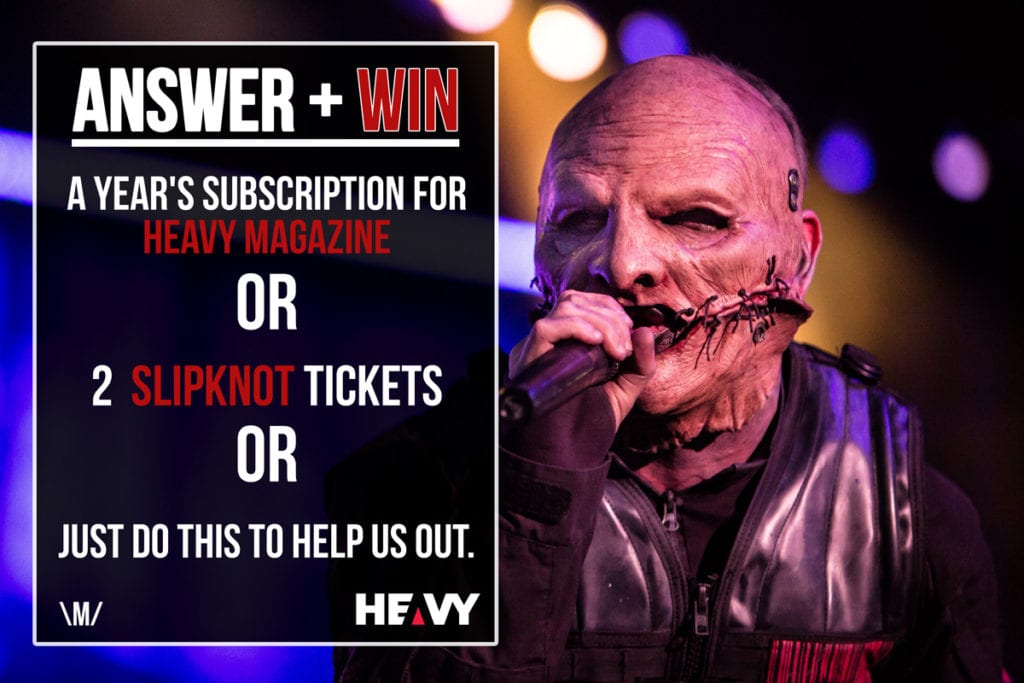 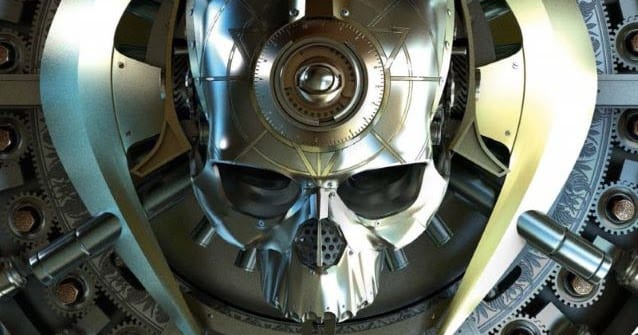 We have 5 copies of MESHIAAK’S friggin incredible album! If you haven’t heard it yet, you should. It’s got everything: thrash, heavy metal, a bit of prog and a whole lot of metal attitude. Sounds amazing on CD!!! Want one? First 5 people to answer this correctly: What other bands has MESHIAAK’s drummer been in? Email: […]

[HAVE YOUR SAY] Which Australian Band Do You Want To Support Guns N’ Roses? 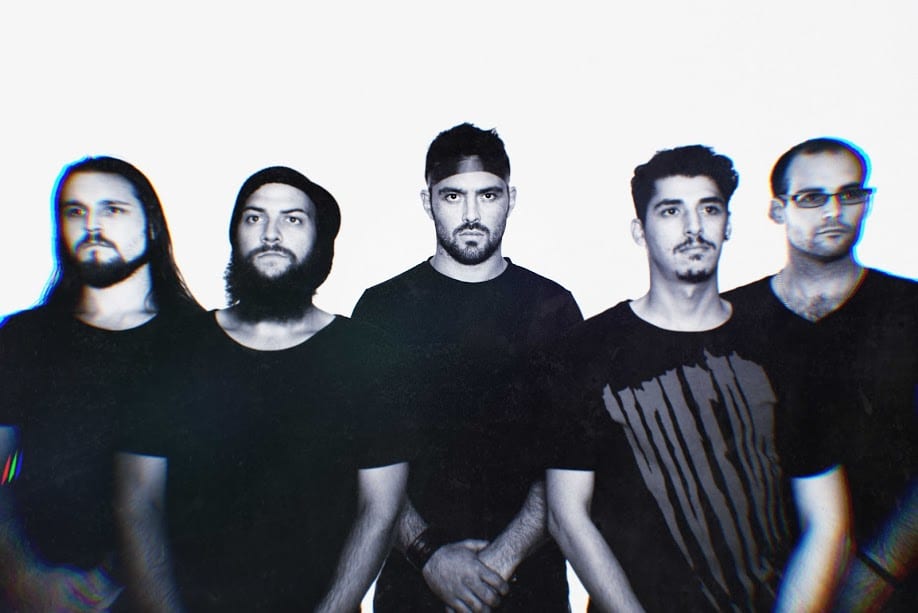 Melbournian alternative prog newcomers Sentia have recently earned their time in the spotlight with the release of their debut EP Origins, which was just launched at The Evelyn Hotel in Melbourne to great acclaim. Chatting with band members Jason King and Chris Bodin, they spoke on behalf of the rest of Sentia about the process […]

[WIN S**T!] WE HAVE 5 COPIES OF THE THE DEAD DAISES NEW ALBUM TO GIVE AWAY

WANT TO WIN A COPY OF THE DEAD DAISIES NEW ALBUM? Simply email [email protected] and tell us what bands Marco Mendoza has played in! Title the email: WINNER and place your answer in the email. Pretty easy hey? Good luck! THE DEAD DAISIES – ‘MAKE SOME NOISE’ The Dead Daisies’ new studio album ‘Make Some […]

Competition: WIN a Double Pass to See Katatonia on Their Upcoming Australian Tour

Thanks to our friends at David Roy Williams and Metropolis Touring, we have a double pass to give away to the show of your choice on Katatonia’s upcoming Australian tour. Follow the simple instructions below to go in the draw to win! Swedish melodic metal heavy weights Katatonia are returning to Australia for their first […]

Thanks to our friends at The Dainty Group, we have an awesome Iron Maiden tour pack to giveaway. The winner will win a double pass to the show of their choice on the upcoming Iron Maiden Tour! On top of that, the lucky winner will receive an Iron Maiden, Book of Souls, signed CD! We […]

U.S. prog metal legends Queensrÿche, will return to Australia for the first time in nearly a decade. Having sold over 30 million albums worldwide, Queensrÿche’s legacy of prog metal classics is one of the most celebrated in the genre and the band’s revitalised line-up delivers a high-octane live show that can’t be missed. Queensrÿche’s latest […]

Thanks to our tattooist friend Jorge Venegas, who’s currently residing at The Art Of tattoo in Sydney, we have some amazing dark and evil original prints hand drawn by Jorge to give away to five lucky people. You can follow Jorge on Instagram and Facebook to keep up to speed with what’s happening in his […]

Post-hardcore visionaries Coheed and Cambria are heading to Australia in May for their highly anticipated headline tour. To celebrate we have a handful of copies of their new album The Color Before The Sun, to giveaway to some lucky fans! Just follow the simple instructions below to go in the draw for your chance at […]

HEAVY Cinema Competition: WIN a Double Pass to a Preview Screening of Bastille Day, in cinemas May 12

Michael Mason (Richard Madden, Game of Thrones) is an American pickpocket living in Paris who steals a bag that contains more than just a wallet. Sean Briar (Idris Elba, Luther), the field agent on his case, soon realises that Michael is a pawn in a much bigger game. Thanks to Studio Canal we have three […]

After a fourteen-year absence, Drowning Pool will step onto Australian soil for their first ever headline tour, plus a special one off New Zealand show. Australian fans have been waiting since their Big Day Out appearance in 2002 to witness crowd favourites such as Sinner, Step Up, Tear Away, Pity and floor filler smash hit, […]

Top HEAVY: Get Your Band In the Next Issue of HEAVY Music Magazine

Here at HEAVY Music Magazine, we think it’s vital that unsigned bands get our support and the coverage they deserve. So, if you are in a HEAVY band, know someone in a band or just know of a band that deserves that coverage, get them to send us their info and an audio file so […]

Brian Posehn has had an eclectic career spanning 20 years, the American comedian/actor and writer is set to head Down Under in April 2016 for his first Australian tour, and we have a double pass to giveaway to each of his Australian dates! Posehn has had a long-standing affinity with the metal community, in 2006, […]

We have some double packs from Perth locals, Sanzu and Suffer in Rot to giveaway. Perth death-metal quintet Sanzu are back with their first full-length album following up to last year’s critically acclaimed EP, Painless. Titled, Heavy Over The Home, this new album consists of ten new tracks, all recorded by Sanzu in Perth, and […]

I Am Your Father, is available for the first time on DVD in Australia via Shock Entertainment on 6 April 2016. Check out the trailer and follow the instructions below and you will go in the draw to win one of 10 Copies of, I Am Your Father. David Prowse, the actor who played Darth […]

Punk legends GBH are heading down to Australia and New Zealand at the end of February. The Drunk Promoter has sobered up enough to give you the opportunity to win a double pass to the GBH show in your city! Simply follow the instructions below to be in the draw to win the tickets. All […]

Voyager & Leprous are heading out together on an Australian tour at the end of this month and we’ve got TWO double passes to giveaway for each show! Follow the instructions below to be in the draw to win the tickets. Too easy! Winners will be notified by email. Competition Details  Send your name (as […]

Soilwork are heading to Australia in February and we’ve got a double pass to giveaway for all their Australian shows! A big thanks to Live Nation for hooking us up! Please follow the instructions below to be in the draw to win the tickets. Simple! Competition Details  Send your name (as it appears on your […]

Epica will head to Australia in March and we’ve got tickets to giveaway to their Australian shows. To win a ticket to see them, follow the competition details below. Competition Details  Send your name (as it appears on your ID) and address to [email protected] Nominate which show you’d like to attend Title the email “Epica […]

Win a Nile and Unearth Meet and Greet Prize Pack

Hi good folk at Soundworks Touring are giving away 5 VIP meet and greets to Nile’s “What Should Not Be Unearthed.” All you have to do is share this Facebook event page and already have or buy a ticket before 16 November. Competition details Email your name and proof of purchase to [email protected] or message […]

Want to meet Rise Against?

Frontier Touring are giving people a chance to win a meet and greet with Rise Against. The band will be touring Australia in December. One lucky ticketholder and their ticketholding friend will get a chance to meet the band at the show. For your chance to win, simply email [email protected] and tell them your name, […]

Nile and Unearth will be touring Australia in November with Feed Her To The Sharks and Whoretopsy and we’ve got a ticket to give away to each show. Here’s what you have to do. Competition Details Tell us which show you’d like to attend Tell us your name as it appears on your ID Send […]

Win tickets to see Megadeth and Children of Bodom

Megadeth and Children of Bodom are about to hit Australian shores and to celebrate, we’ve got some double passes to giveaway to each show. Here’s what you have to do. Competition Details Tell us which show you’d like to attend Tell us your name as it appears on your ID Send an email to [email protected] […]

Alestorm will be heading to Piratefest with Lagerstein in November. Joining them on the tour will be Troldhaugen for all Australian shows, Fallen Order in Wellington and Stormforge in Auckland. We have tickets to giveaway to their Australian shows thanks to Soundworks Touring. Here’s how to enter. Competition Details Email your name and address to […]

Atreyu’s new album, Long Live, is due to be released this Friday and to celebrate, the band have given us some rad prizes. Up for grabs are 2 skateboards and 4 signed posters. Here’s what you have to do to win. Send your name and address to [email protected] HEAVY Mag contributors are not eligible to […]

Crimson Peak will be released in cinemas on 15 October, and we’ve got five in season film tickets to giveaway. The film stars Mia Wasikowska, Jessica Chastain, Tom Hiddleston, Charlie Hunnam and Jim Beaver and is a Gothic Romance directed by Guillermo del Toro and written by Guillermo del Toro & Matthew Robbins. When her heart […]

Win: Tickets to see The Visit

Horror/thriller fans! We’ve got 5 double passes to giveaway to The Visit. The movie is released on 24 September in cinemas. Writer/director/producer M. Night Shyamalan (The Sixth Sense, Signs, Unbreakable) and producer Jason Blum (Paranormal Activity, The Purge and Insidious series) welcome you to Universal Pictures’ THE VISIT. Shyamalan returns to his roots with the terrifying […]

Want to see Napalm Death and Carcass at the Deathcrusher Australian tour? We’ve got a ticket to one of each of the Australian shows listed below. Tour Dates April 16th – Perth, Capitol, 18+ April 17th – Melbourne, Prince Bandroom, 18+ April 18th – Sydney, The Factory Theatre, 18+ April 19th – Brisbane, The Hifi, […]