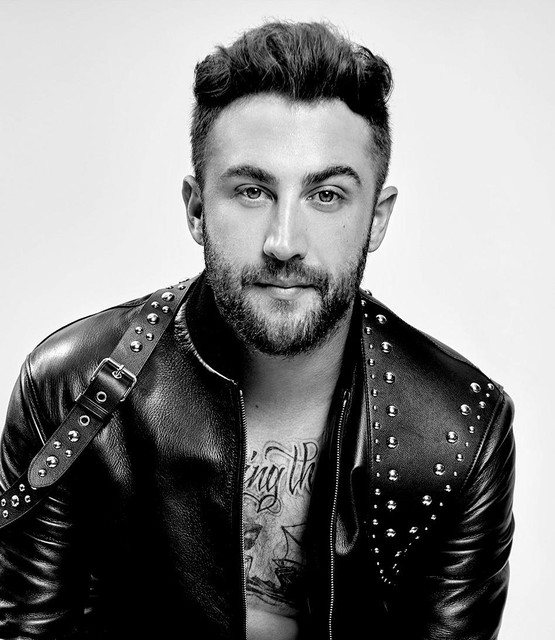 The life of a movie star must be pretty call considering the fact that all it takes these days is to sing a song about an A list actor and your career immediately starts moving in an upward direction.

For most of us, committing something to verse about any actor would likely result in some form of legal action, but American pop/punk artist Jordan McGraw recently threw his life at the mercy of the chosen few and instead came up trumps, what was for a long period of time a promising yet stagnant music career transforming almost overnight to the precipice of success thanks to the universal appeal of admittedly one of the smoothest guys in film, Matthew McConaughey.

McGraw’s single late last year that bore the surname of the Wild Turkey drinking heart throb propelled him onto stadium sized support slots and even landing the singer on the Kelly Clarkson Show to perform the tune in front of her already sold out live audience.

McGraw took some time out recently to answer some questions from HEAVY, but unfortunately his newly packed schedule clashed repeatedly with my open book, so we had to remain as pen pals for the time being.

HEAVY: You recently released your latest single McConaghey, which is, strangely enough, about an actor of the same name. It’s obviously doing pretty well for you for it to reach our ears all the way on this side of the world! (in Australia)

Jordan McGraw:: In my head, you guys had like a bizarro McConaughey down there.  Like he parts his hair on the other side, thinks weed is an abomination, hates journaling, says “okay okay okay”… I’m stoked to hear you celebrate the same majestic creature we do.

It’s pretty strange for a man to write a song about another man. Are you and Matt friends, or do you just admire his work?

I’d like to think there’s no way you can prove we’re NOT friends, so… Matty and I go way back.  One night we were arguing over the percentage of people that lie about their shoe size when renting bowling shoes and I lost the bet, so I had to write a song about him.

Do you have to actually get somebody’s permission before releasing a song about them?

Do you know if Matthew has actually heard it?

He has! He likes it… Thankfully. I don’t know what the fix would have been if he hated it.

After the success of this song, you should maybe just write songs about actors in future. Maybe pick a movie Matthew has been in like Tropic Thunder and write songs about everyone in the movie. You could have a song about Ben Stiller and Jack Black and Robert Downey Jr and Tom Cruise from that movie alone!

I feel like a Tom Cruise song is more of a house/edm vibe.  Lot’s of jumping. Strange noises, yet to be named drugs.

I read an article that said “after 15 years of making music, Jordan has finally found the confidence to be 100% himself.” Do you agree with that statement?

Totally. I feel like one of the hardest things to do in music is sound like yourself.  Some people figure it out faster than others.  For me, it took a lot of different combinations of influences to finally figure it out.  I don’t take the process for granted though… I figured my sound out the hard way in a lot of ways, and because of that I feel more sure about what’s ahead than I ever have.

You have also released the singles She and Her. Are they all part of a bigger album picture?

There is definitely a bigger picture coming, but SHE and HER feel more like a look behind the curtain in terms of the steps it has taken to get where I’m going.

What can you tell us about that if so?

Touring puts everything you’ve created in a room with no windows into a perspective that only that repetition and that stage can give you.  After taking some of these newer songs out and seeing how the live versions grew and adapted, I’ve really been able to wrap my head around what songs need a few more late nights behind them.

Just say someone has only listened to McConaghey. Is that song a good representation of your sound?

I grew up a pop punk kid and McConaughey is a direct representation of that, so… Ya.  Sure, some songs won’t be as direct, some more direct sonically, but that’s a pretty good mission statement for what you get with me.

You joined your first band in 2005 and went through a few more before deciding to go solo around 2015. Why choose the solo career over a band situation?

Being in a band is literally being in as many relationships as there are people in the band at the same time… Plus the relationship you all share with the band itself.  It’s exciting and fun but can naturally get a little exhausting.  After years of being in bands, I just decided I needed to really throw myself out there and (as cheesy as it sounds) say, “here I am. Watch me figure this out.”

Was there any one factor or moment that prompted the decision?

There were definitely some ego driven battles that prompted the end of Stars In Stereo… my own ego included in that.  Like I said, it’s hard to balance everyone’s opinions on where something should go when everyone’s so attached to their own vision.  After that, I started Hundred Handed and started singing for the first time and really found that that was the next step I was looking for. My partner in that decided he didn’t like the pressure of it just being the two of us and stepped away, and the idea of going solo just kind of slapped me in the face. I wanted all of the pressure. Plus, my live band is unreal, so I really get the best of both worlds.

What does the future hold for Jordan McGraw?

I’m pretty hungry right now, so I’ll probably go make a really epic sandwich and then work on some music.