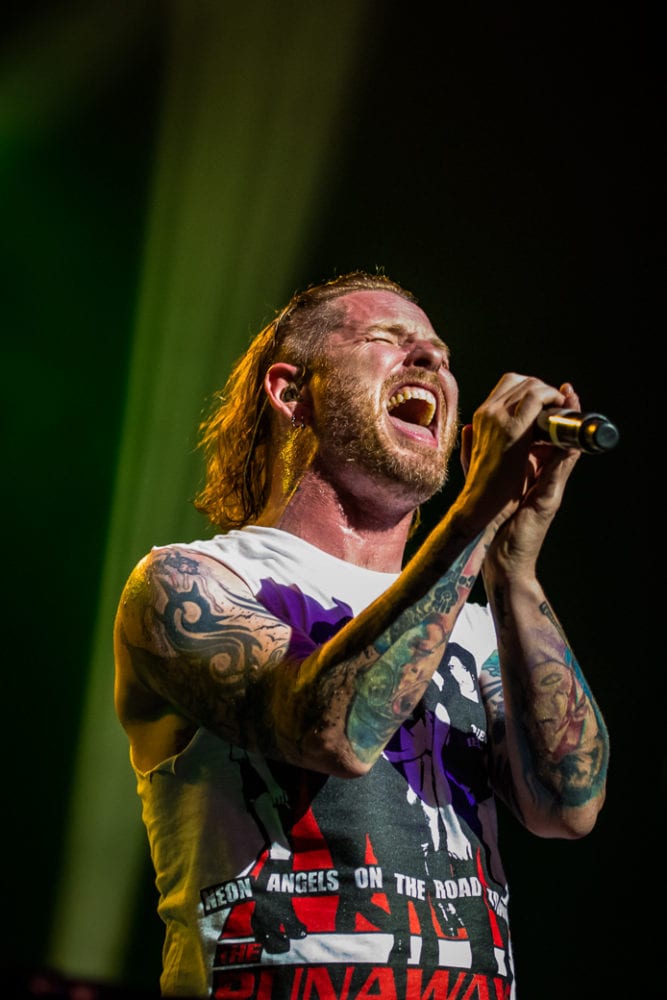 Up until two weeks ago, no-one knew who would secure the coveted support slot to Stone Sour on their four dates Australian jaunt. When it was announced Sydney five piece Bare Bones had received the nod there were many people asking who they were but after their opening set last night at Eaton’s Hill Hotel there will definitely be more than a passing interest in the band.

The boys exploded onto the stage with an energy and exuberance that defined their support status and the group played as though it was their own headlining show such was the gusto with which they attacked each song and note.

Playing tracks from their debut album Bad Habits as well as the sneaky older song, Bare Bones relished their moment in the spotlight, playing tunes such as ‘Snake City’, ‘Pipeline Fever’ and the extremely well received ‘Strange Brew’.

If the boys were overawed they didn’t show it and instead set about ramming their name down the throats of an already large crowd and hinting at a bright future.

Stone Sour were last here a few years ago, with vocalist Corey Taylor having the unenviable task of fronting both this band and Slipknot which further lengthens the time between performances.
Opening with the intro to their latest album, Hydrograd, Corey and co exuded confidence and professionalism, rousing the crowd at every conceivable opportunity and not easing off the pedal for nearly 90 minutes.

Before the opening song of ‘Taipei Person/Allah Tea’ was finished Taylor had showered the crowd with confetti from a hand held gun and sprayed them with water as well as imploring them to ‘get your fucken hands in the air for me’, which they dutifully did.

Taylor would have to be the most enigmatic and charismatic front man in the music world today and when he asked his followers to do something – anything – they obeyed.

Josh Rand looked resplendent in his Stone Sour t-shirt and seemed to change guitars every song, with the different tones coming from each adding a depth and unique feel to the performance.
Roy Mayorga was frenetic and monstered the kit throughout, with even the bands slower songs seeing his kit pounded into submission.

The two ‘new’ guys, Jimmy Chow and Christian Martucci more than adequately filled the shoes of their predecessors, with a seamless transition on stage punctuated by sizzling solos and timing you could set your watch to.

Stone Sour breezed through ‘Made of Scars’ before Taylor reminded the audience that this year marks 15 years since the release of their debut self-titled album and to celebrate the occasion the boys treated the crowd to ‘Take A Number’ before working through ‘Reborn’, ‘Say You’ll Haunt Me’ and ’30/30/150′.

Every Stone Sour concert since the release of that album would no doubt have seen Taylor ripping out the chords of ‘Bother’, but each time the sincerity and adulation on the face of the vocalist reassures his fans that no matter how many times they perform any one song, Stone Sour can still ignite passion and heartfelt warmth as if it were their first run through.

Taylor looked as though he was choking back tears before finishing the tune and from there the pace kicked back into overdrive when the one two of ‘Blotter’ and ‘Get inside’ reminded the crowd that Stone Sour are, essentially, a hard rock outfit.

Although they may have a number of catchy, sing along tunes, their roots lie towards the hard rock spectrum of the scale and Taylor seemed to revel in the intensity as each song unfolded.

His banter with the crowd was entertaining and from the heart, while the moments of levity were almost surreal in comparison.
Finishing with three encores, ‘Gone Sovereign’, ‘Absolute Zero’ and new single ‘Fabulous’ – complete

with inflatable dancing men in keeping with the film clip – Stone Sour came, saw, conquered and left no doubt that they are more than just a side project for Taylor when Slipknot is on down time. They are a band in their own right and intend on staying that way for some time yet. 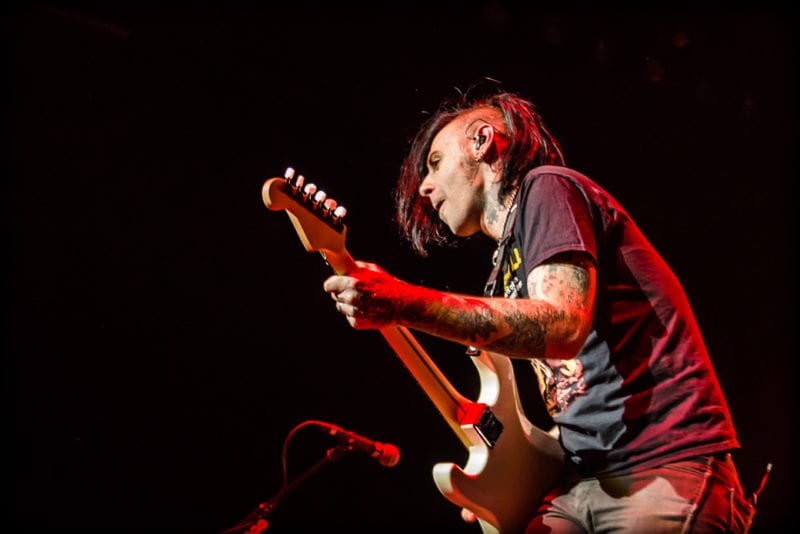 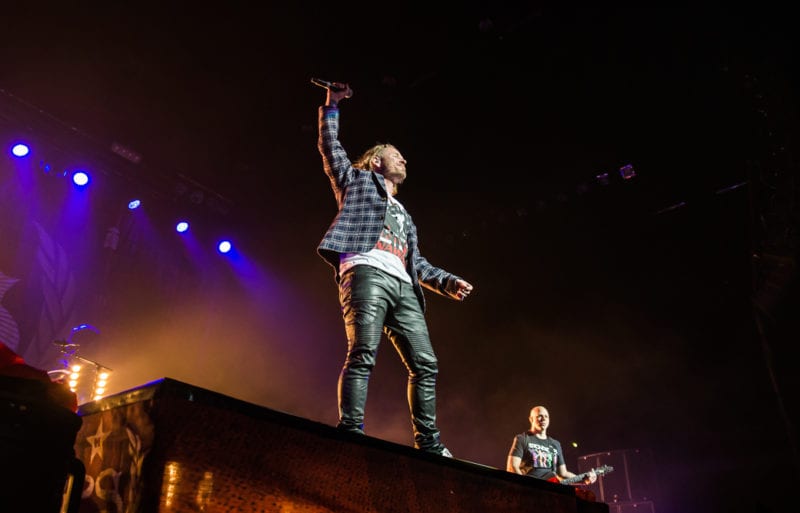 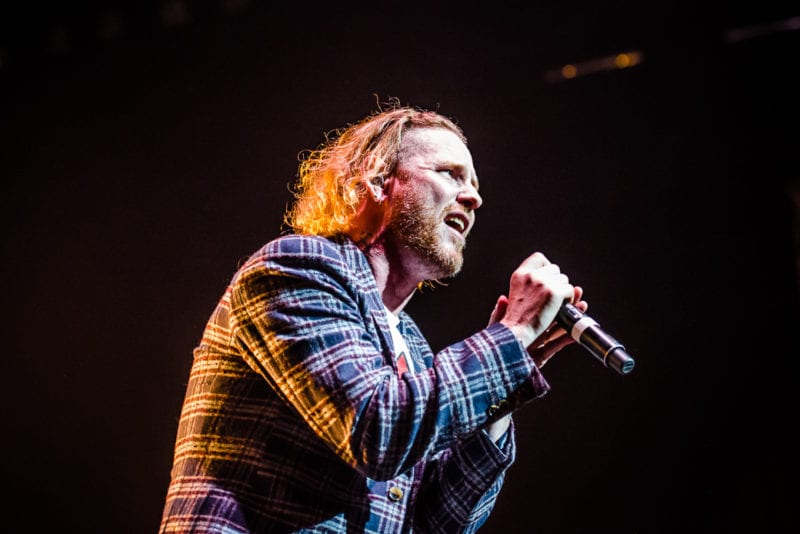 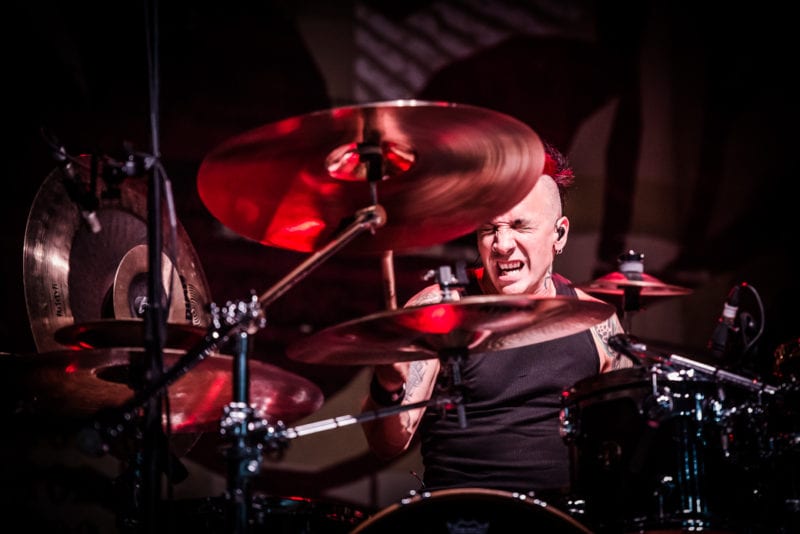 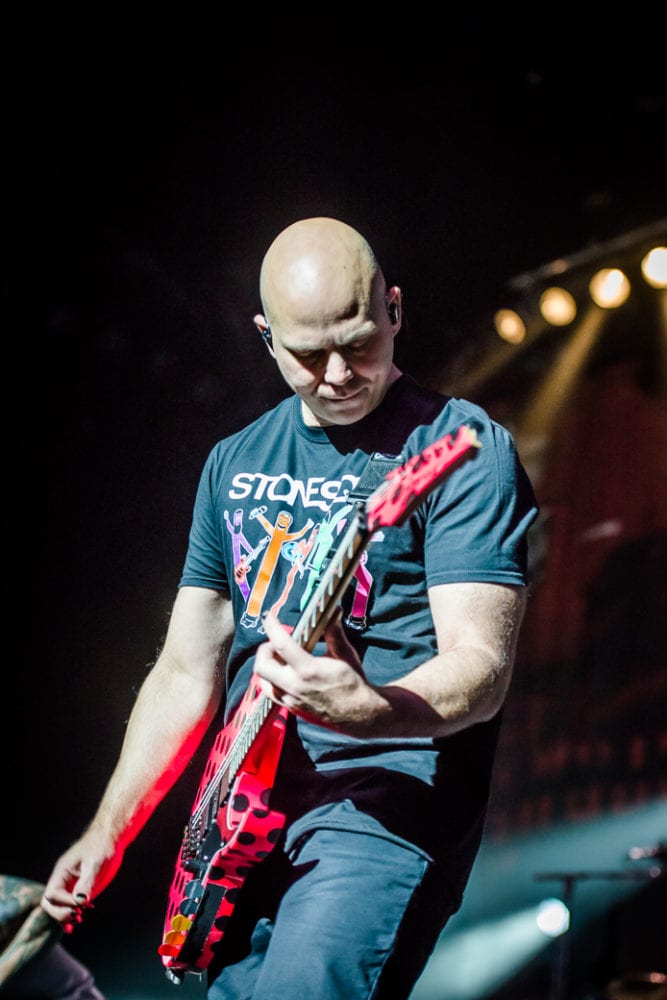 PrevPrevious.PETER AND THE TEST TUBE BABIES ‘That Shallot’
Next.Trophy Eyes at The Triffid, Brisbane on 26/08/2017Next