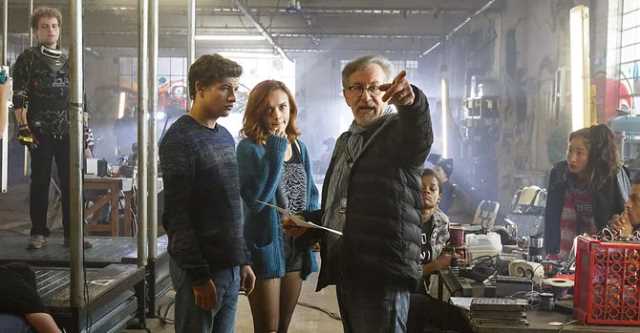 One is the legendary filmmaker whose career has seen him win three Oscars while delivering cinematic classics such as Jaws and Jurassic Park the other is a young actor whose performances in brilliant movies like Mud and Joe has soon him earn the title of one of Hollywood’s young stars on the rise. Yet when HEAVY Mag caught up with Steven Spielberg and Tye Sheridan both shared a youthful spark when talking about their new film Ready Player One.

For some Ready Player One is just another big, loud sci-fi movie, but for a generation of movie fans, this is the film that many thought would never hit the big screen. Based on the popular novel by Ernest Cline Ready Player One sees characters and props from some of the world’s best-loved pop culture items all land in one futuristic world… and it seems the only man who had the know-how of how to do it is the legend himself – Steven Spielberg.

With so much pop culture crowded into Ready Player One nearly every audience member is going into the film wanting to see their favourite ‘thing’ and even Spielberg himself wasn’t one hundred percent sure what he was most excited about putting into the film. “That is such a difficult question to answer,” he says with a smile. “There were so many discussions about what to draw from the book and what to draw from our own experiences growing up in the 80s. I think the pop culture reference that I liked the most though, and I think Tye agrees with this as well is The Iron Giant.”

Talking about the 1980s and Spielberg says he also believes that now is the right time for Ready Player One because of the current day’s fascination for the 80s. “I think we are fascinated with the 80s because it really was a stress-free decade,” he explains. “For me growing up in the 80s it really was a stress-free decade. Everything was so easy – the style, the music – you had Duran Duran and Van Halen – it was a place where you had Ronald Reagan, an actor who was the president except he was articulate and made sense… I’m a Democrat, not a Republican. I think this world we are in and the world in 2014 when the book was released is a time that forces you to go back to the past.”

When talk leads to the heavy impact that CGI has on this film Spielberg is quick to acknowledge the hard work that his young star had when putting together the film. “Tye is probably the best one to talk to about the CGI because he actually had to be the digital actor to create his own avatar,” he explains.

Sheridan nods and joins in, “It does come with a lot of challenges,” he says. “In fact, the process itself throws up a lot of challenges, but you also to get to revert back to a place where you are at your most imaginative. It really does take a blank pallet because you’re involved with motion capture and you just have this costume with all the trackers on you so you have to imagine the visual environment and of course people like Steven can help you out with that but you also have to focus on your own acting – that comes from you and you really have to hone in on it.”

“There are also pros and cons to asking actors to imagine a set or imagine what the other characters looks like,” says Spielberg. “Because to them it might be like they are landing on Mars, and I’m sure you’ve all seen the behind-the-scenes shots of motion capture, and it’s also not the most romantic way to film a love scene. I mean when Tye and Olivia were doing the dance on a wire, a zero-gravity dance, it was a very romantic dance but when you watched it getting put together it was like a comedy of errors. But with a movie like this where half takes place in the real world and half takes place in the OASIS which is created by IOM, there were like 800 or 900 digital artists, there were artists who did landscapes there were artists who concentrated on the detail to make the OASIS seem real. It actually three years from when I first read the book and the script to the time I’m sitting here talking to you. It was one of the longest projects that I have ever been involved with.”

And while Ready Player One is clearly a sci-fi Spielberg says that he can see the film’s digital reality the OASIS really coming to life one day. “I do,” he says strongly. “But only in moderation, everything in moderation. You know we have always been looking for an escape, my parents had a radio, for me as a kid we had a television for the first time, then there was the Internet and then social networking, there has always been a way to escape. And now I watch my own kids today and they all have their own mini OASIS because they are always buried in their devices. They have their own little OASIS right here in their hand. Imagine that little OASIS that you currently carry around suddenly being so immersive that suddenly you’re in the movie that you are watching or you are social networking but making eye contact with the person that you are talking to. And you won’t be looking down you’ll be getting up and getting exercise in a digital world – I think that is going to happen someday. But I also think that with this movie it is a fun movie but it is also a cautionary tale because those kinds of places can become a place that you don’t want to leave and that is when it becomes dangerous… then it is a super-drug. When it comes to movies though I think we will have a completely different medium. When you a reality super-imposed over the one that you are in I see that working better with a narrative rather than virtual reality, because why take your date to the movies and sit in a theatre with a thousand people and then put a headset on so you can’t see your date or you can’t see your kids if you bring your kids to a movie. I think with virtual reality where you have a headset that completely cuts off the world that you are in to introduce a new world to you is a whole new level of interaction and entertainment and I don’t think it goes hand-in-hand with story-telling.”

Ready Player One is in cinemas right now. 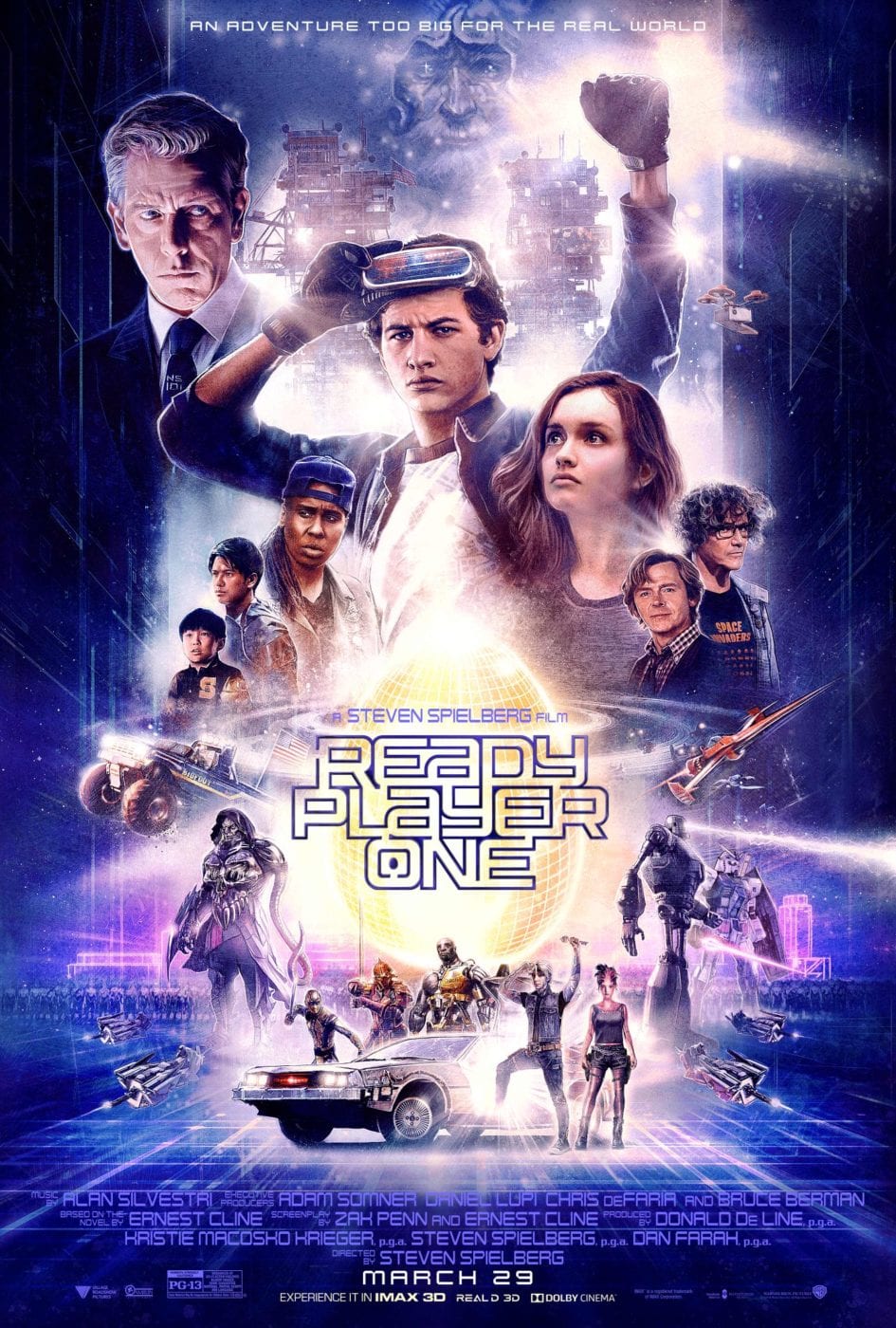 PrevPrevious.STORY OF THE YEAR Put Fears to Rest
Next.RED FANG Chews The Roo with HEAVYNext