Billed as the ‘Sunset Strip Live’ tour, a cold February evening on the outskirts of Manchester UK is about as far detached from L.A’s famous thoroughfare as possibly can be. Yet the 2,600 punters, with huge grins on their faces throughout Steel Panther’s 90 minute set for their second sold-out Academy show this week, would argue otherwise!

Steel Panther first played in Manchester almost a decade ago, and although the same jokes and the same script come around year after year, they are still able to sell out every time they play. Why? Because not only are they excellent musicians but the entertainment value is second to none!

This time around they brought with them Konstantinos Karamitroudis  as main support, better known as the one time Ozzy Osbourne guitar protégé Gus G. I realised after a couple of songs, namely the instrumental ‘Fearless’ and ‘Burn’ that Gus, along with Denis Ward on bass/vocals and Will Hunt on drums were a pretty special support act. With three solo albums under his belt, Gus keeps the crowd’s attention throughout with the biographical ‘Mr Manson’, the shredding but melodic ‘Force Majeure’ and a chugging cover of Dire Straits ‘Money For Nothing’. The jewel in Gus’ crown though is the title track of his first solo album, an 8-minute version of ‘I Am the Fire’, complete with extended guitar solo and crowd singalong. Gus will have gained a fair few new fans on this European tour. I’m definitely one of them!

In the early 2000’s while under the name of Metal Shop, and then Metal Skool, Steel Panther played weekly shows at the Viper Room on LA’s Sunset Strip, playing cover versions by the likes of Van Halen, Motley Crue, Bon Jovi, Def Leppard etc. Tonight, mixed in with their own classics, we’re treated to the best of the best with their near perfect versions of ‘You Really Got Me’, ‘Jump’ and Kickstart My Heart’ along with Michael Starr’s now legendary impression of Ozzy Osbourne on ‘Crazy Train’ and Satchel’s guitar solo which incorporates riffs from classic metal anthems such as ‘The Trooper’, ‘Breaking the Law’, ‘Rock You Like a Hurricane’ and ‘Iron Man’. The ladies are invited up on stage for ‘Pour Some Sugar On Me’ and ‘Living On A Prayer’, then kicked off again for the whole crowd singalong of ‘Community Property’.

Would Steel Panther have made it big without the humour?  I’m pretty sure they would! Put normal lyrics to songs like ‘Fat Girl (Thar She Blows)’, ‘Poontang Boomerang’ or set closer ‘Gloryhole’ and they’re still awesome rock songs! Not that I would ever want them to change, I’m only making a point that these guys are seriously good songwriters. Add to that their, maybe slightly, dated but still outrageously funny stand-up comedy routines and the entertainment value goes through the roof!

I look forward to still seeing Steel Panther play Manchester in another decades time, with hopefully some fresh humour thrown in to their already perfect show!

I see many gigs in many publications given 5 star or 10/10 reviews. What they’re saying is that the gig they just witnessed was as good as say, Queen at Live Aid or Jimi Hendrix at Woodstock. Which is utter bollocks. Yet, every time I’ve seen Steel Panther, it’s hard to mark them anything less, and tonight was no exception! 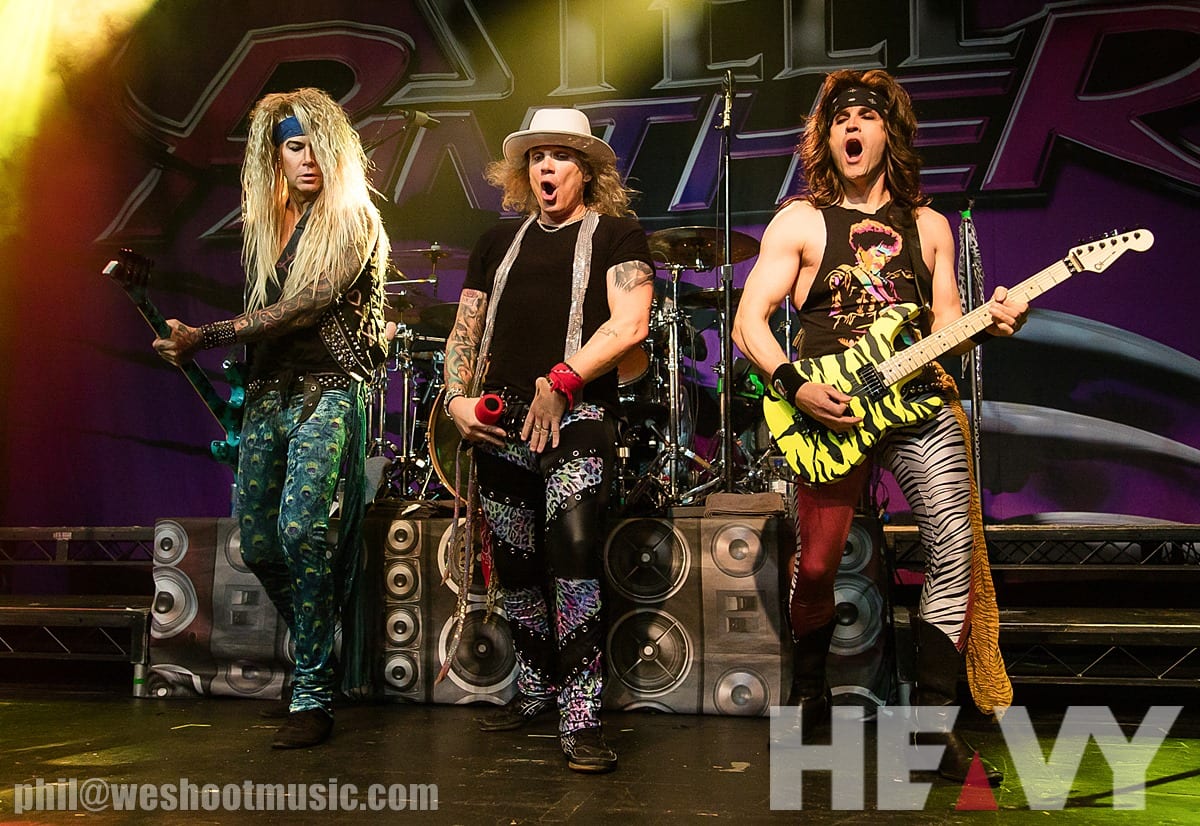 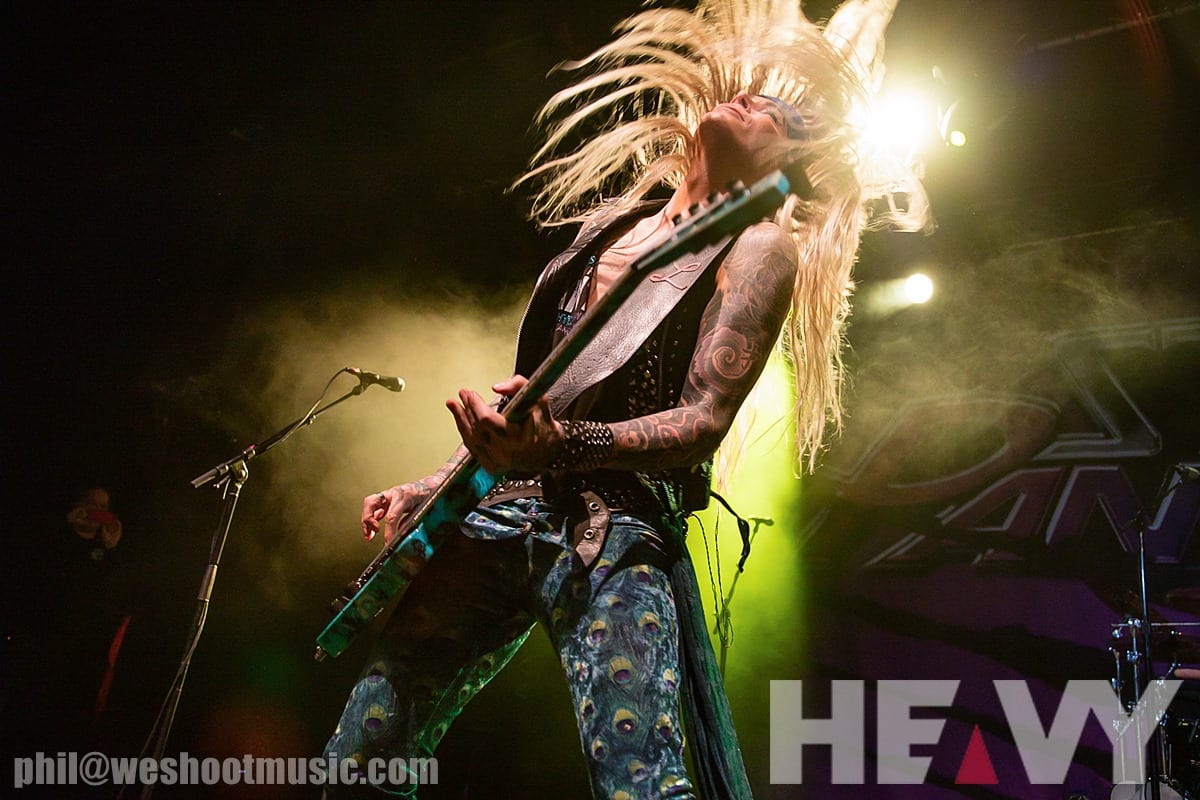 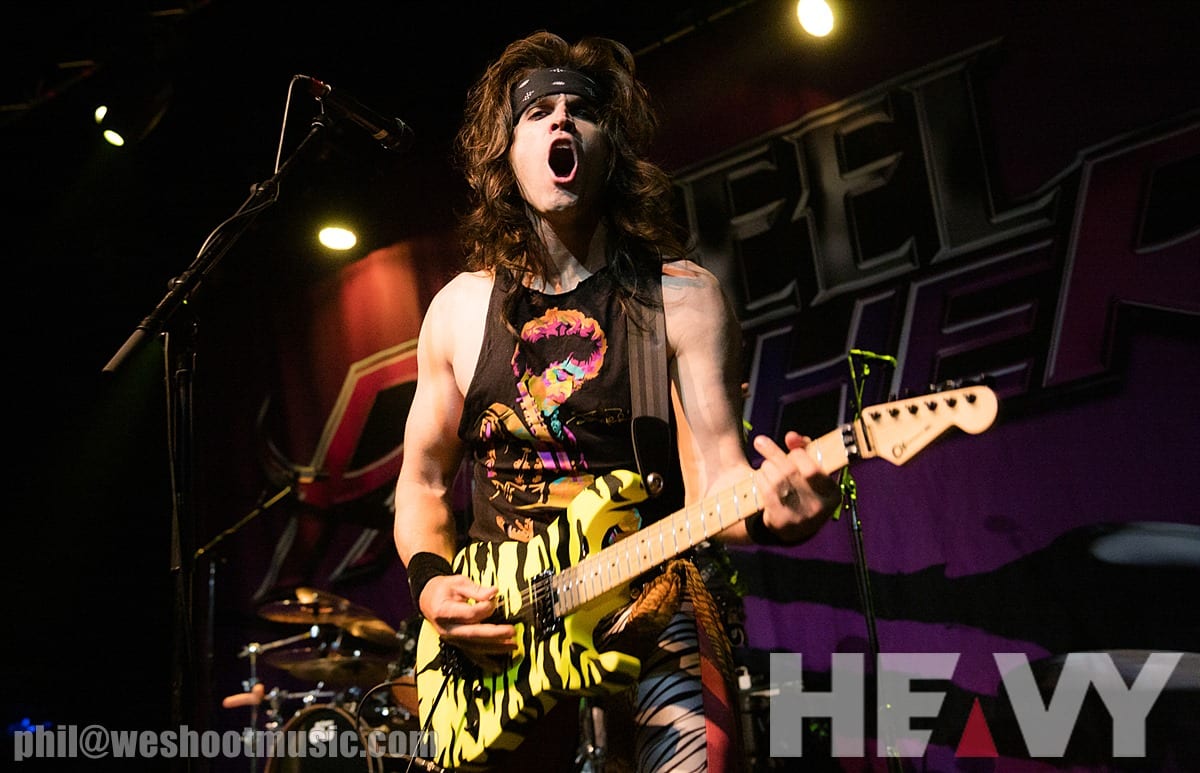 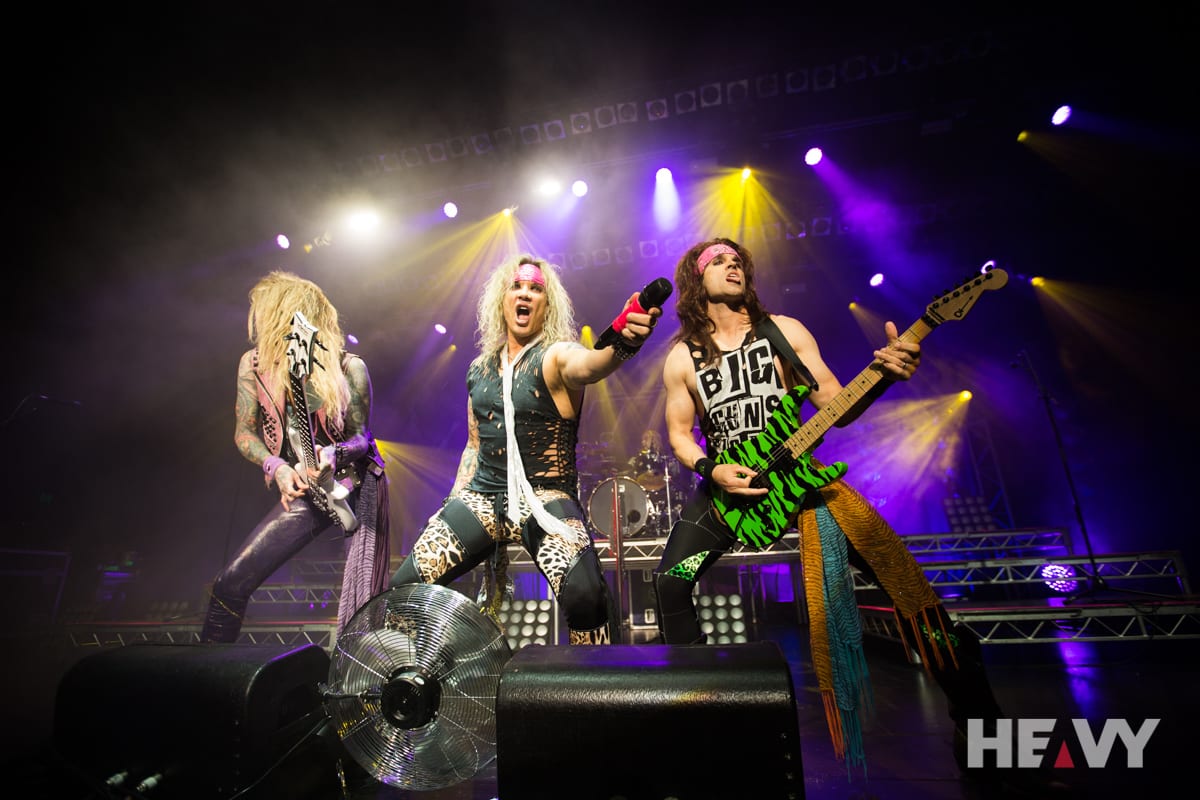 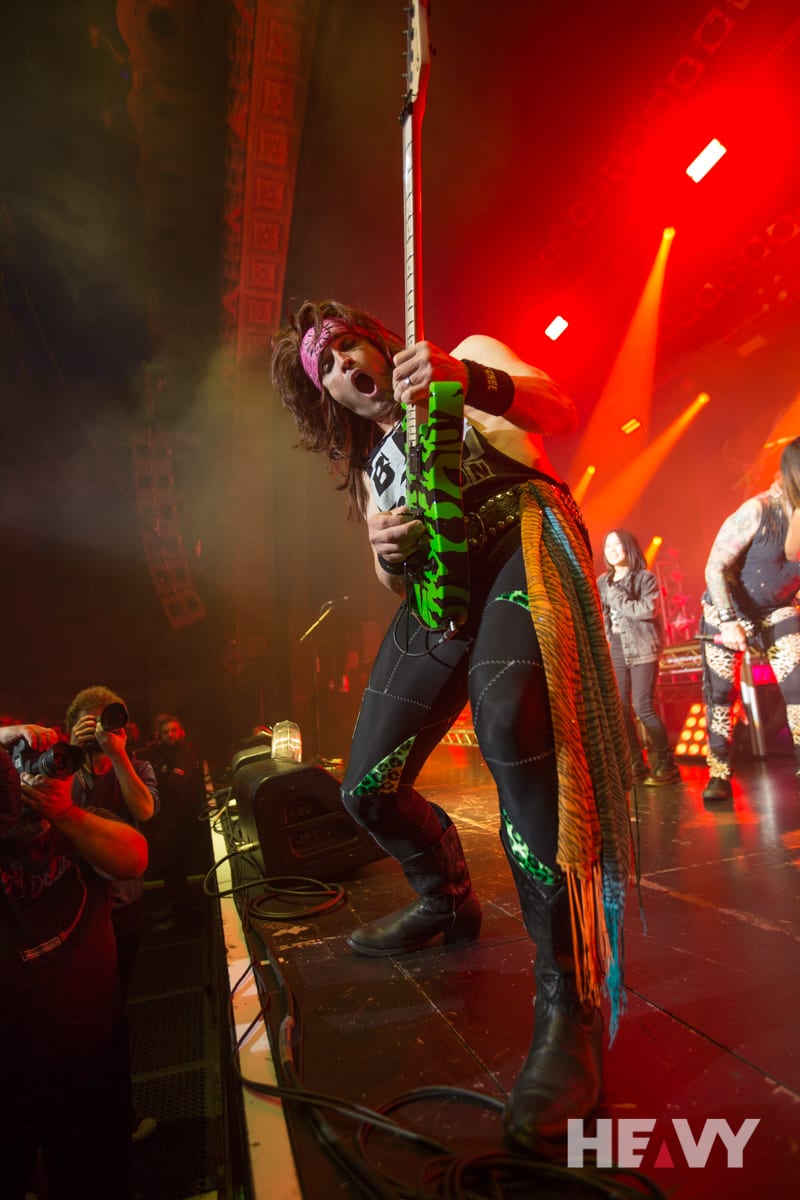 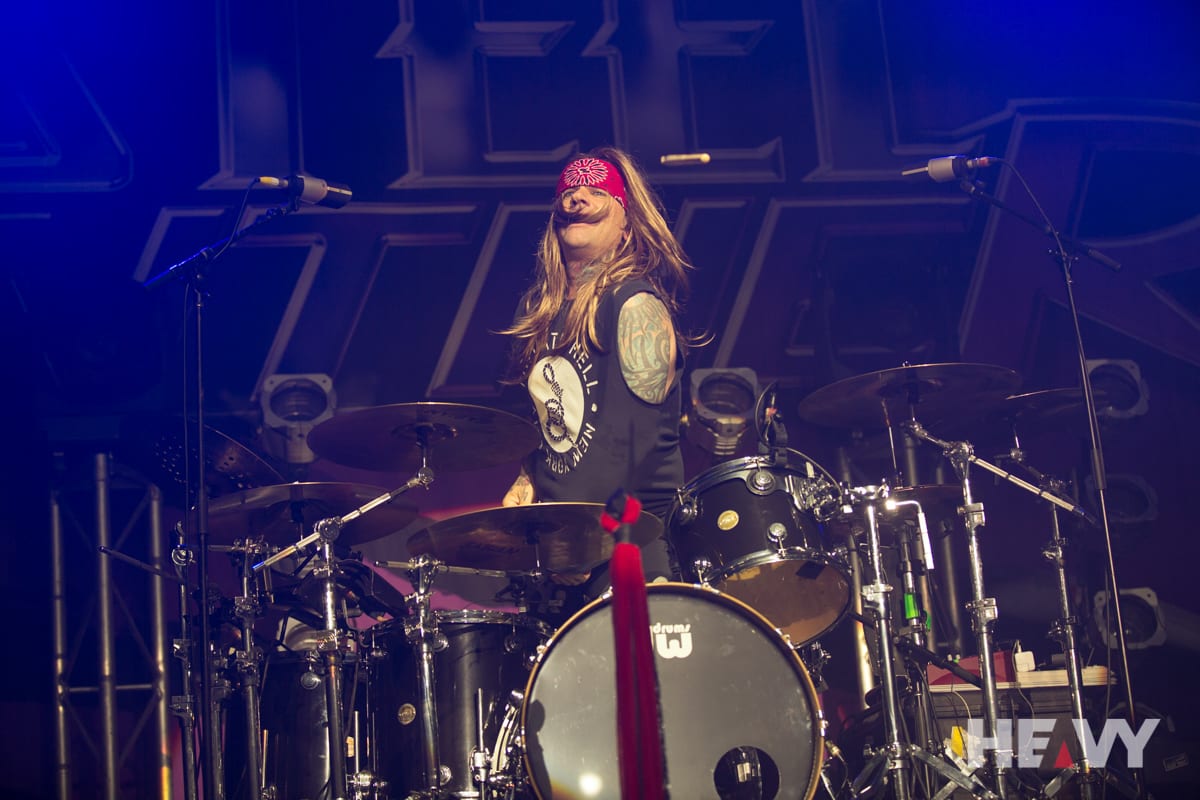 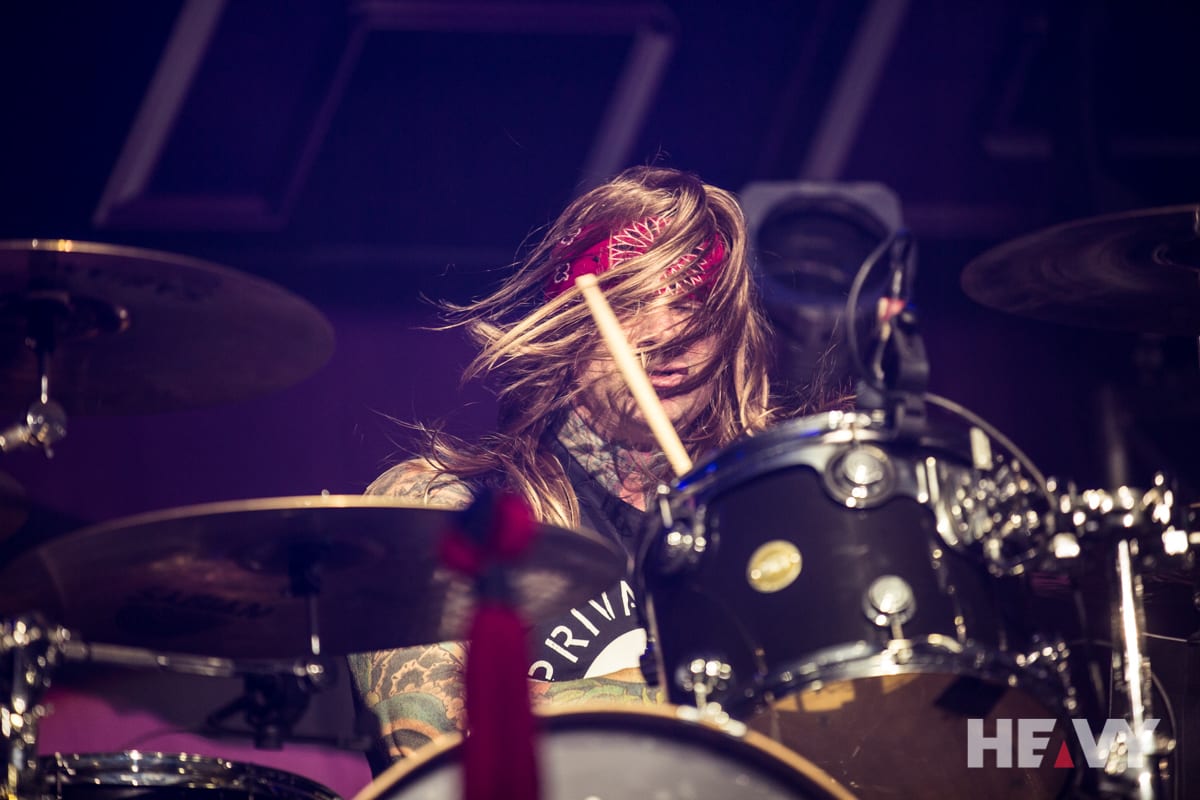 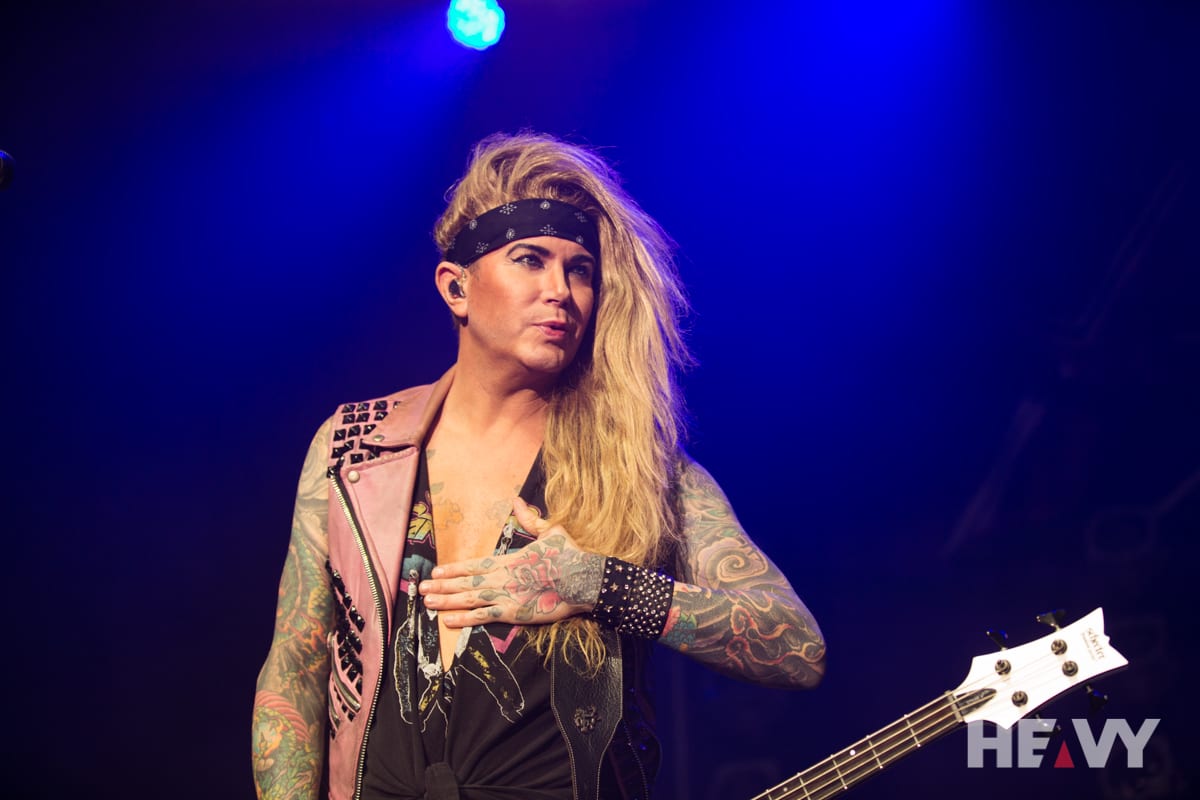 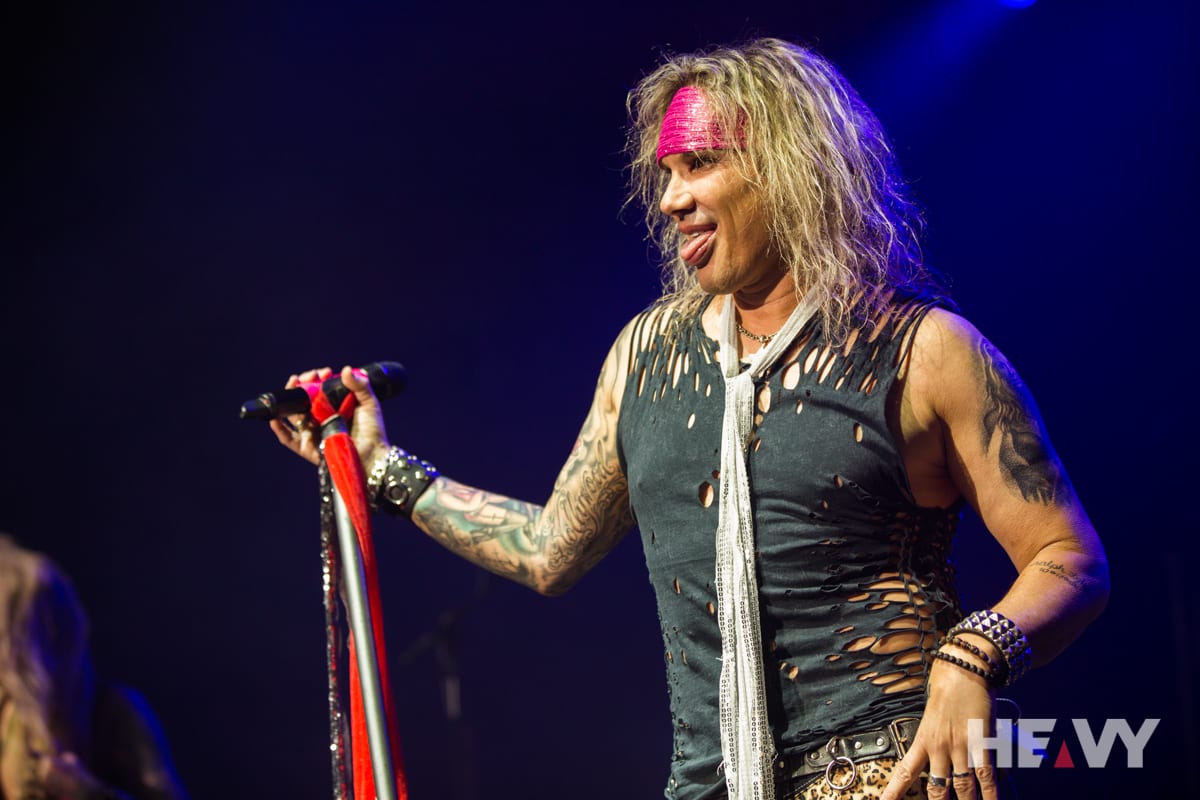 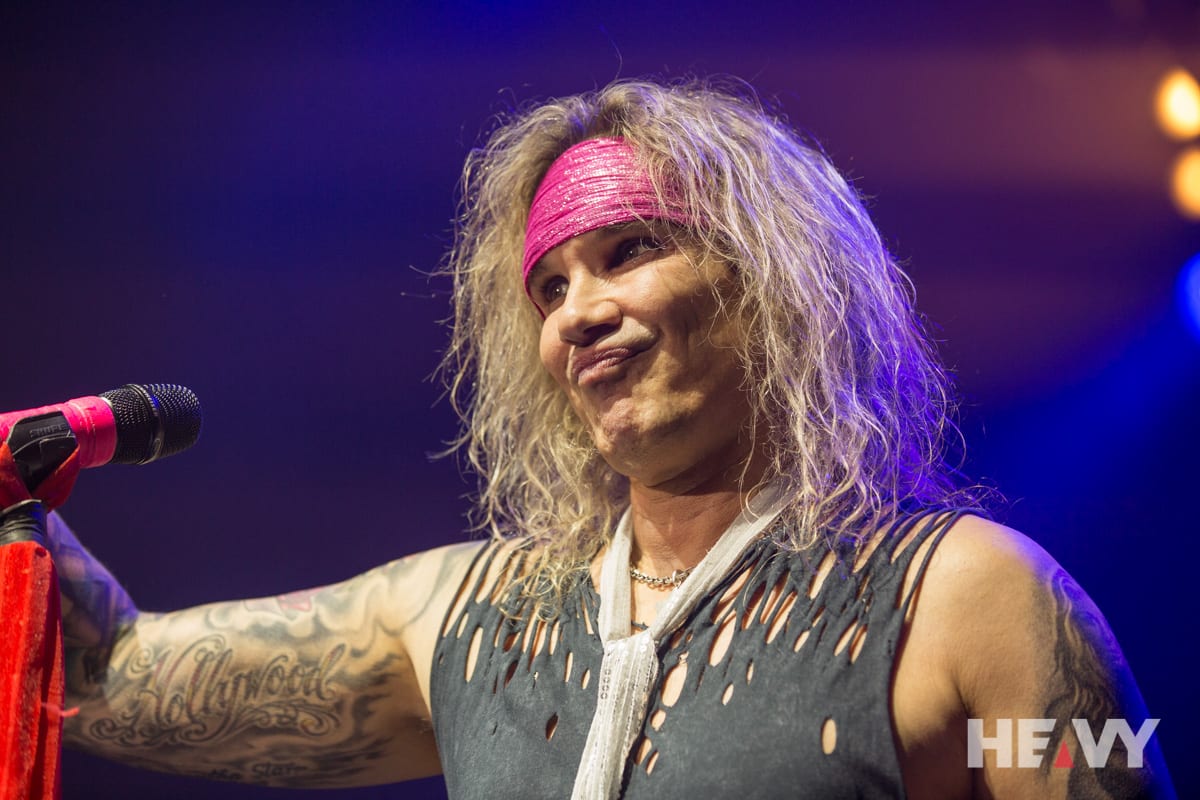 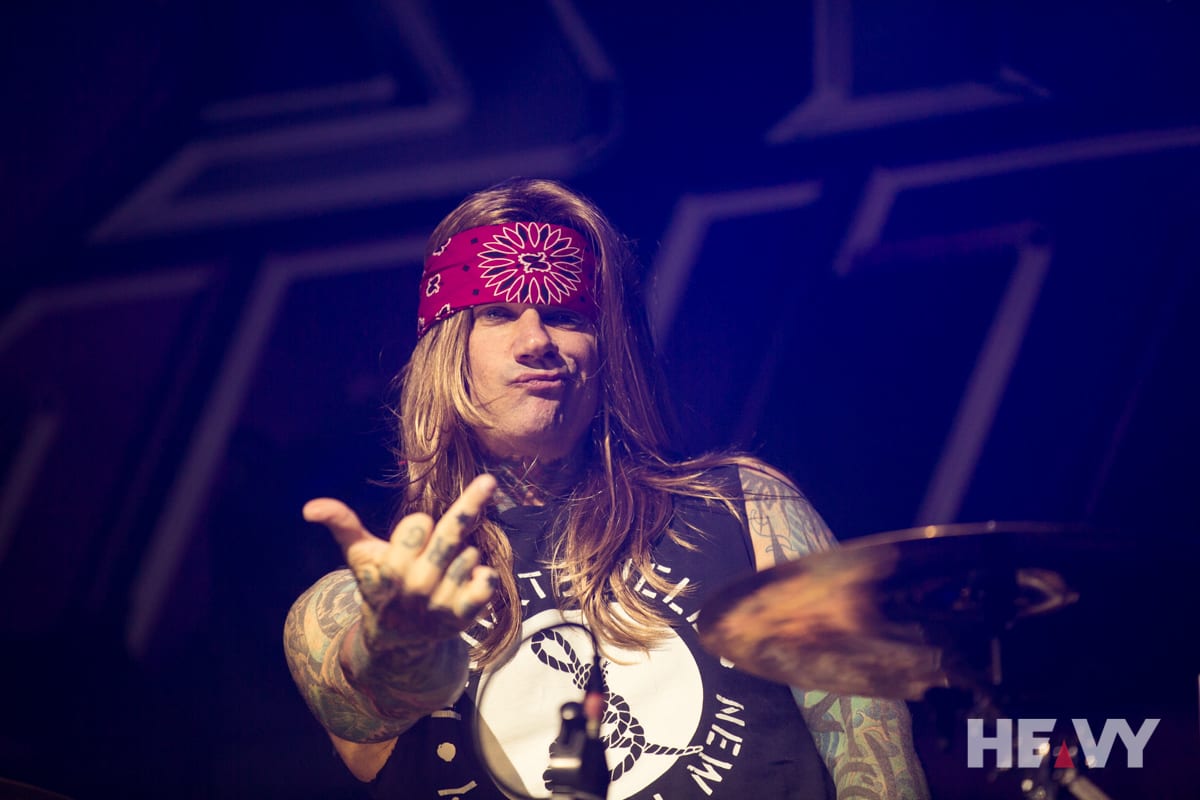 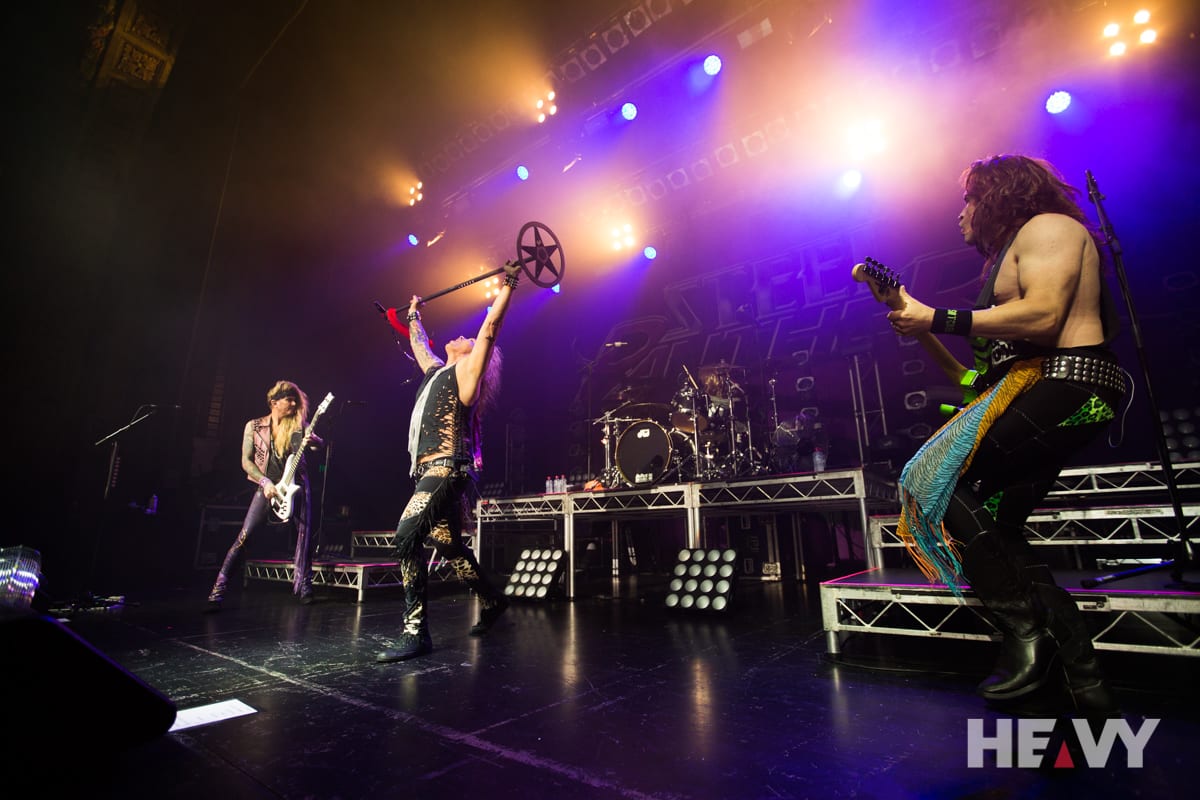 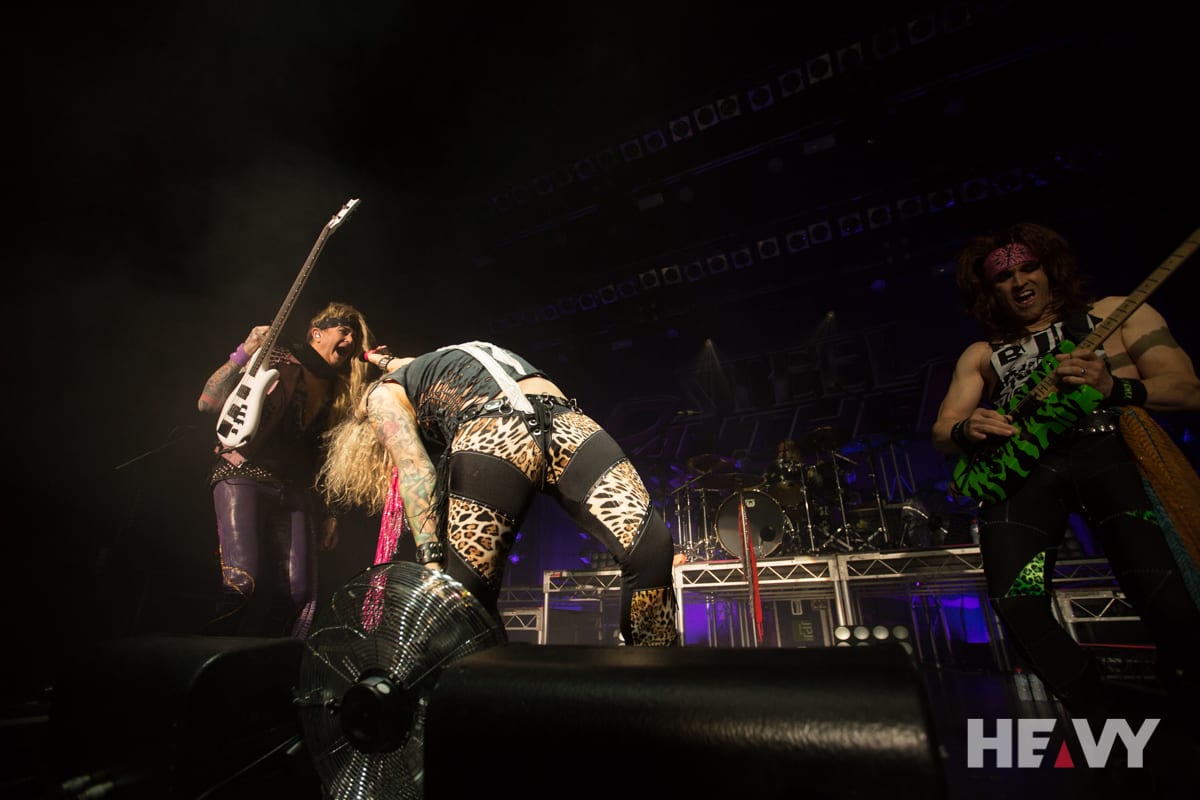 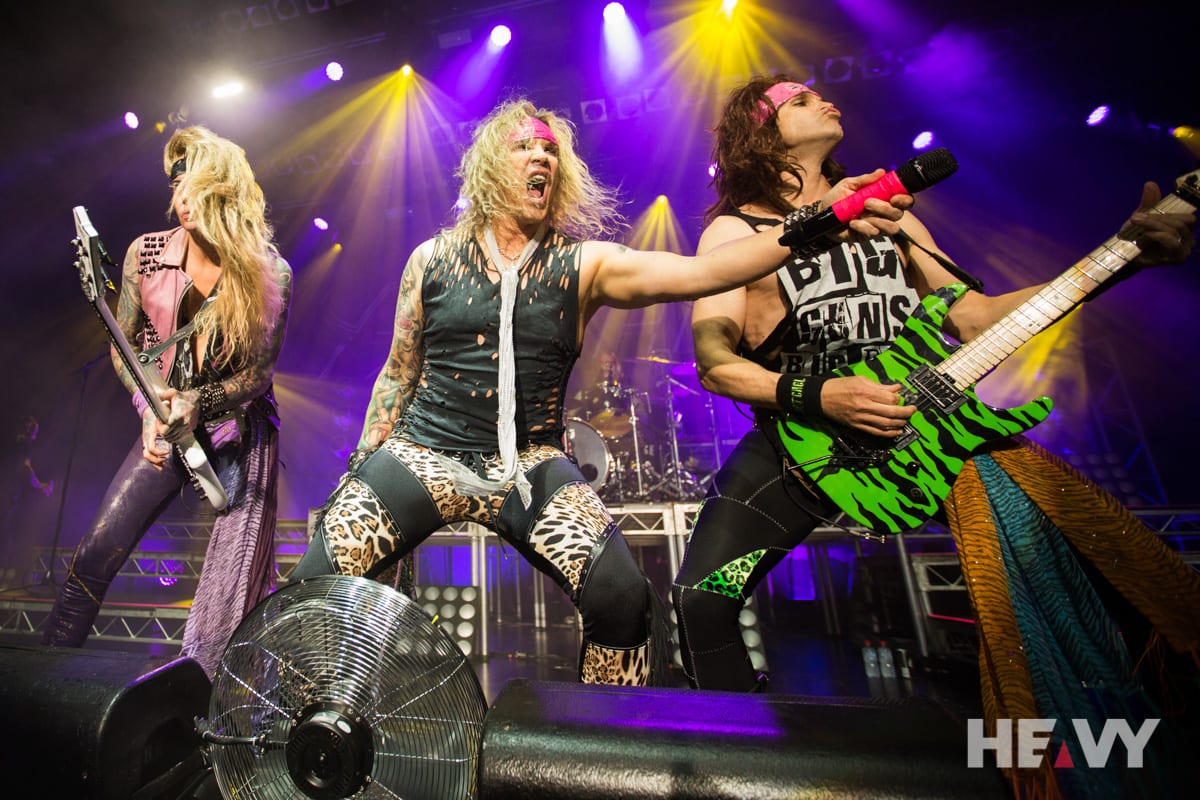 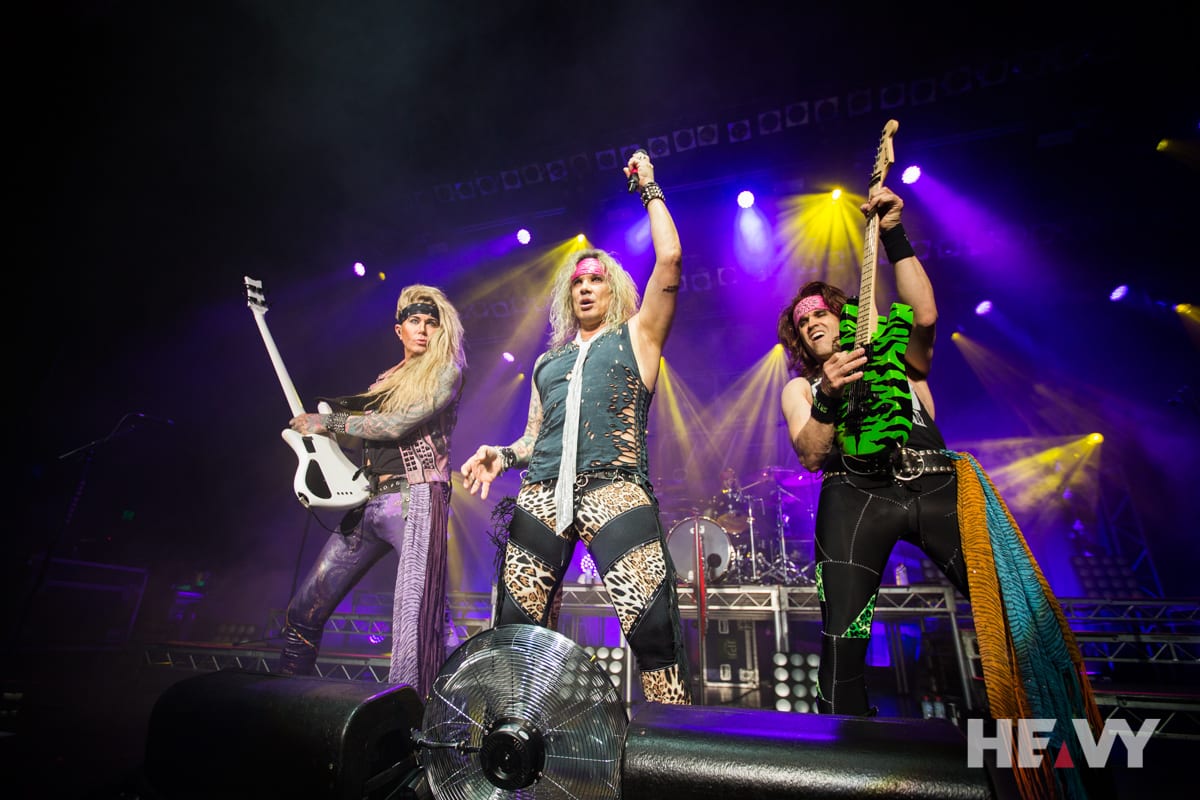 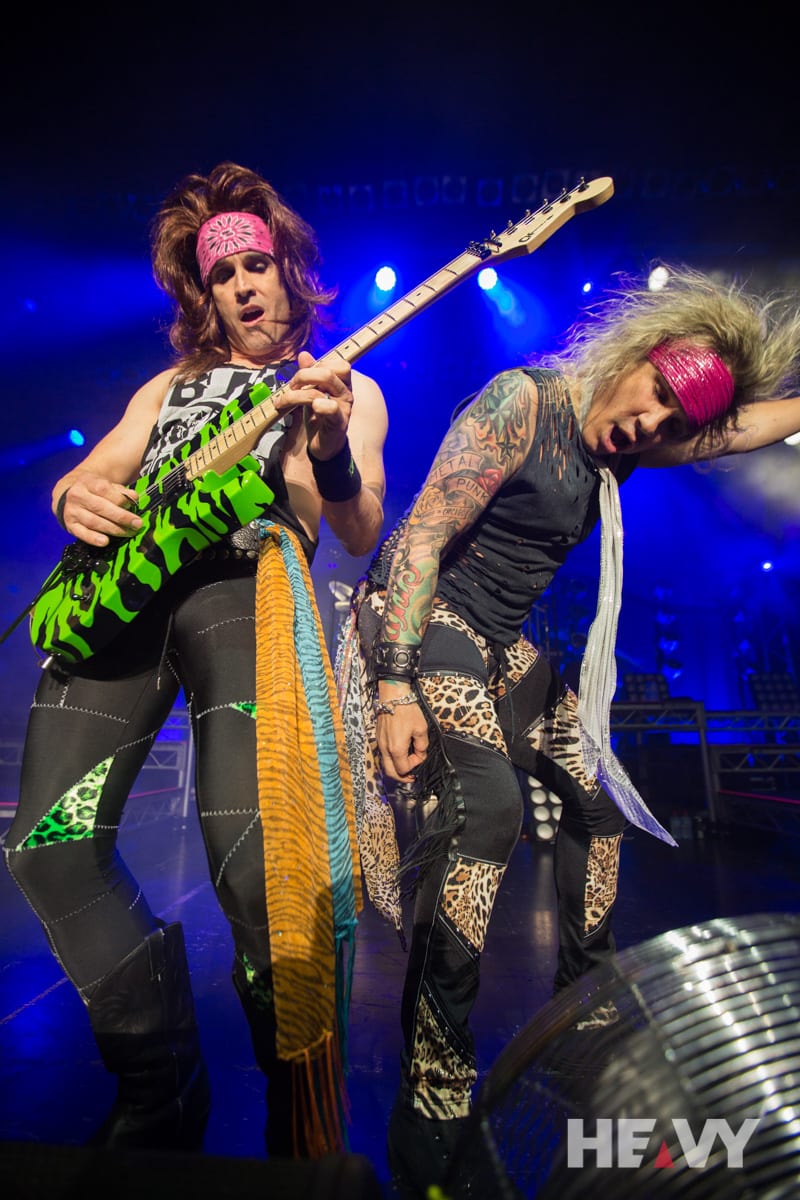 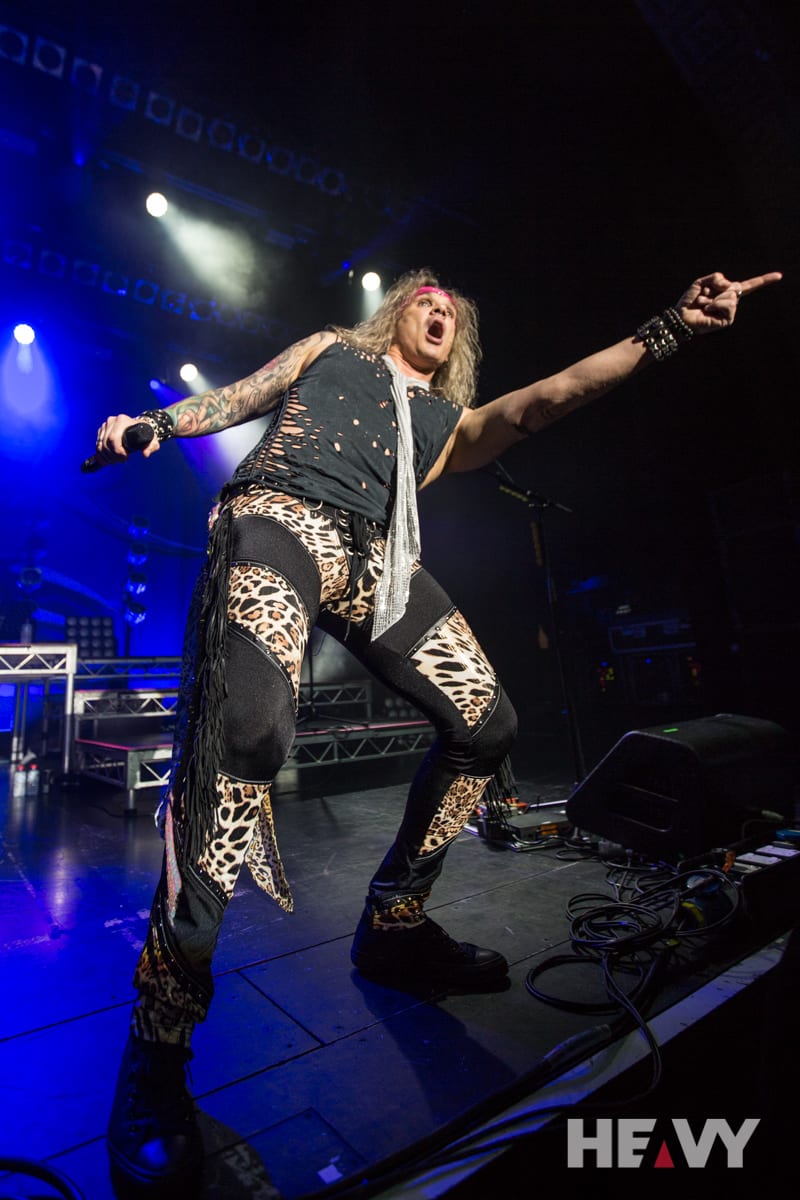 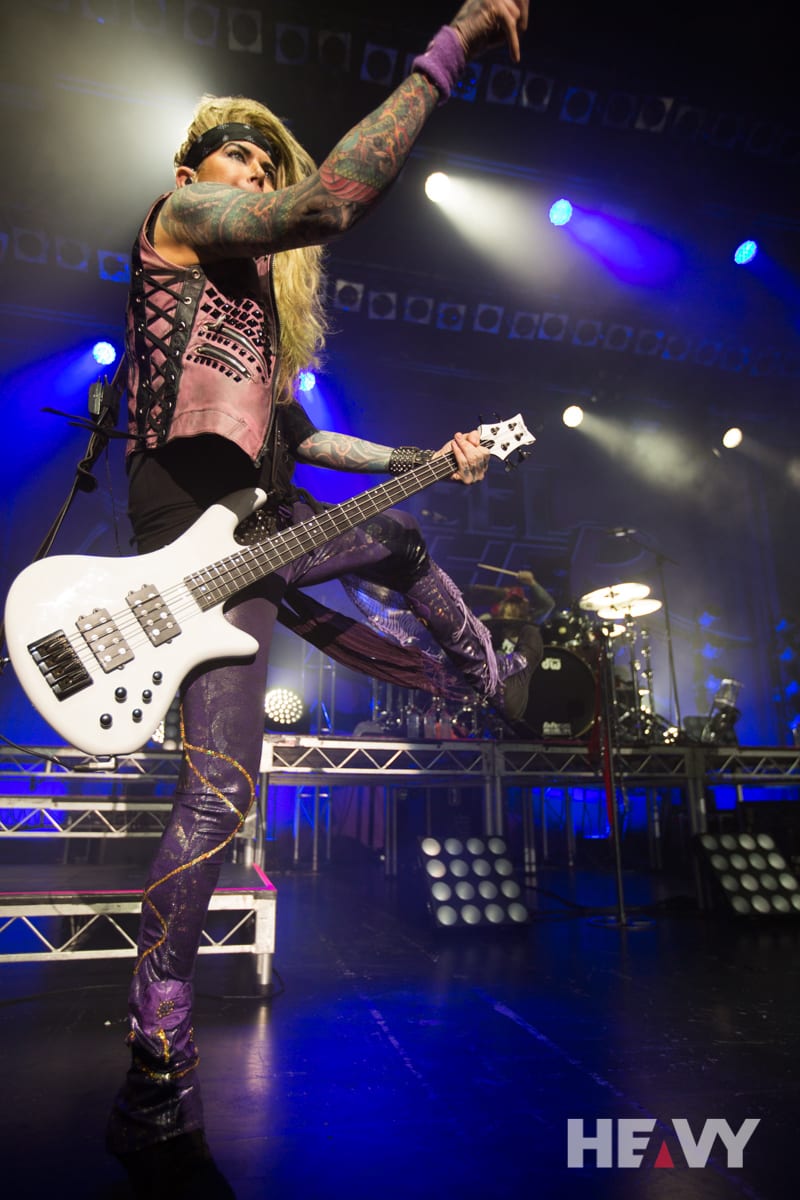 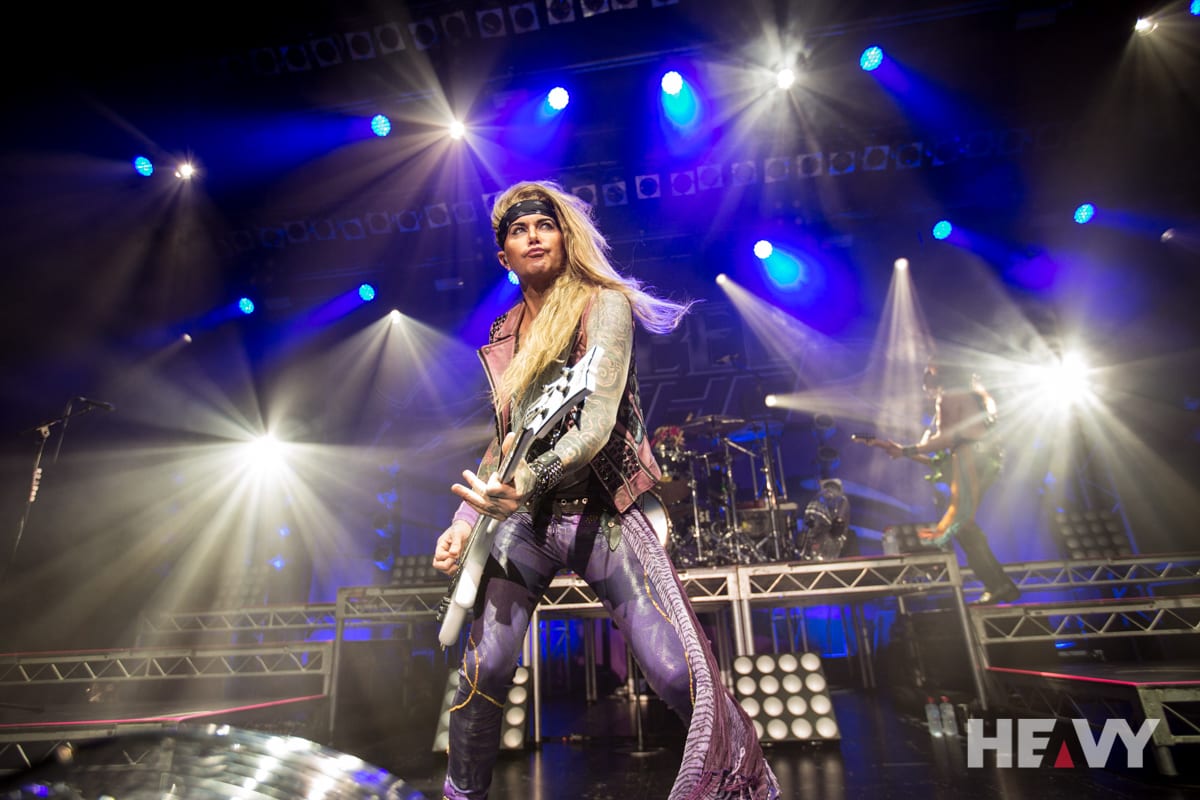 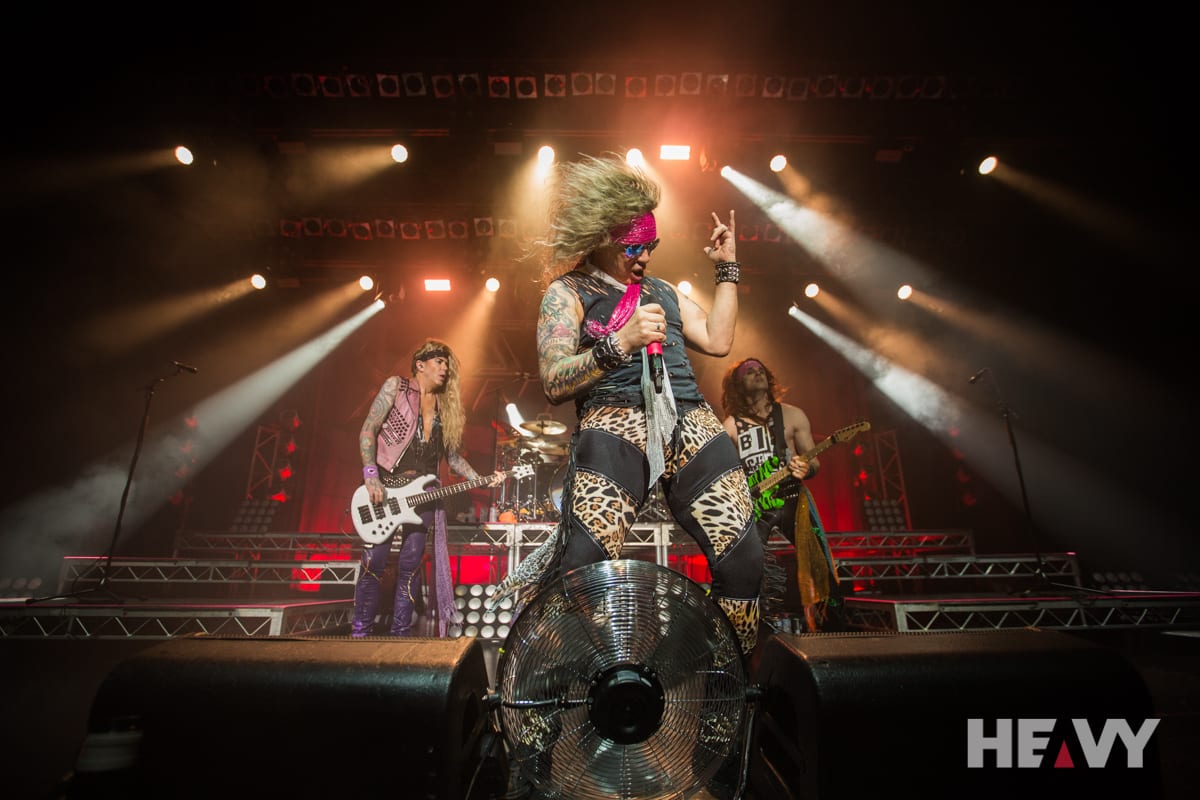 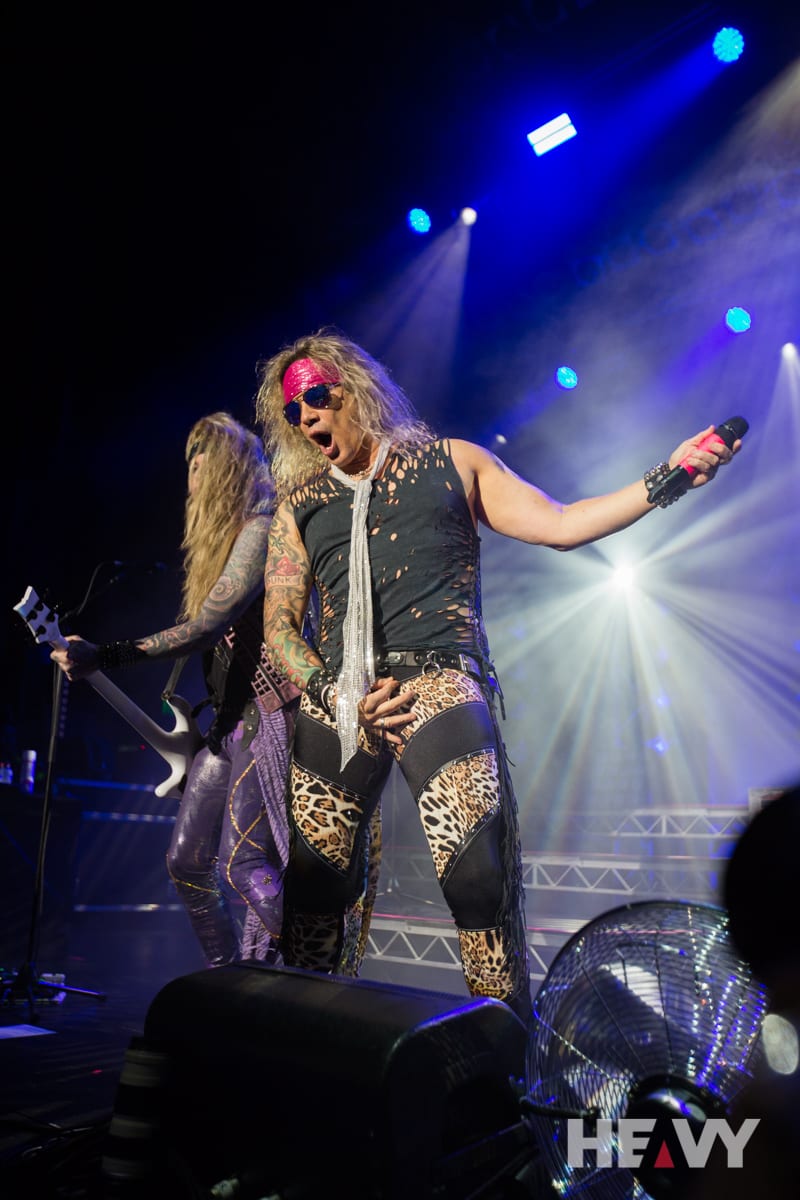