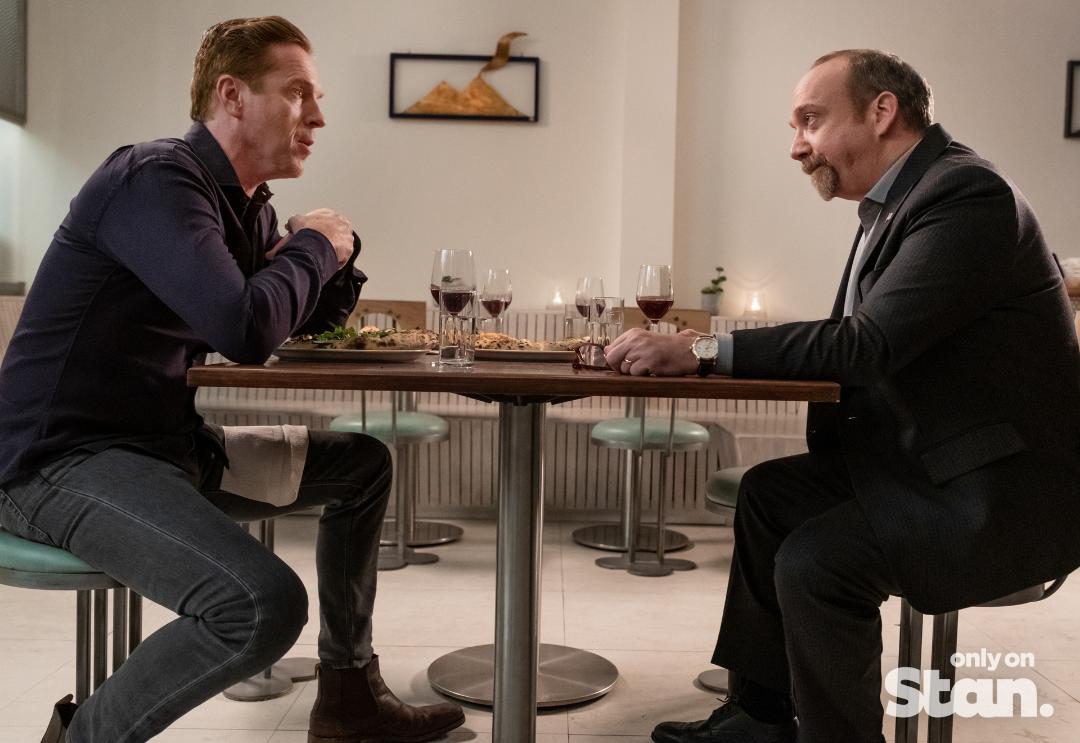 When everyone is out for revenge, no one is safe. This is never more true than in season four of BILLIONS. Bobby Axelrod (Lewis) and Chuck Rhoades (Giamatti), former enemies, and Wendy Rhoades (Maggie Siff), the chief counsellor to each, have come together to form an uneasy but highly effective alliance, aimed at the eradication of all their rivals, including Grigor Andolov (guest star John Malkovich), Taylor Mason (Asia Kate Dillon), Bryan Connerty (Toby Leonard Moore) and Waylon “Jock” Jeffcoat (guest star Clancy Brown). Ambition and betrayal have long been at the heart of BILLIONS, and this season all the characters find out exactly how high a price they’ll have to pay to satisfy those needs. The series also stars David Costabile, Condola Rashad, Kelly AuCoin, Jeffrey DeMunn and Malin Akerman, along with new guest stars Samantha Mathis, Kevin Pollak, Jade Eshete and Nina Arianda.

BILLIONS is created and executive produced by showrunners Brian Koppelman and David Levien. The series was also created by Andrew Ross Sorkin.

Season Four of BILLIONS premieres exclusively on Stan on March 18 with new episodes weekly, same day as the U.S.

Seasons One, Two and Three are currently streaming exclusively on Stan