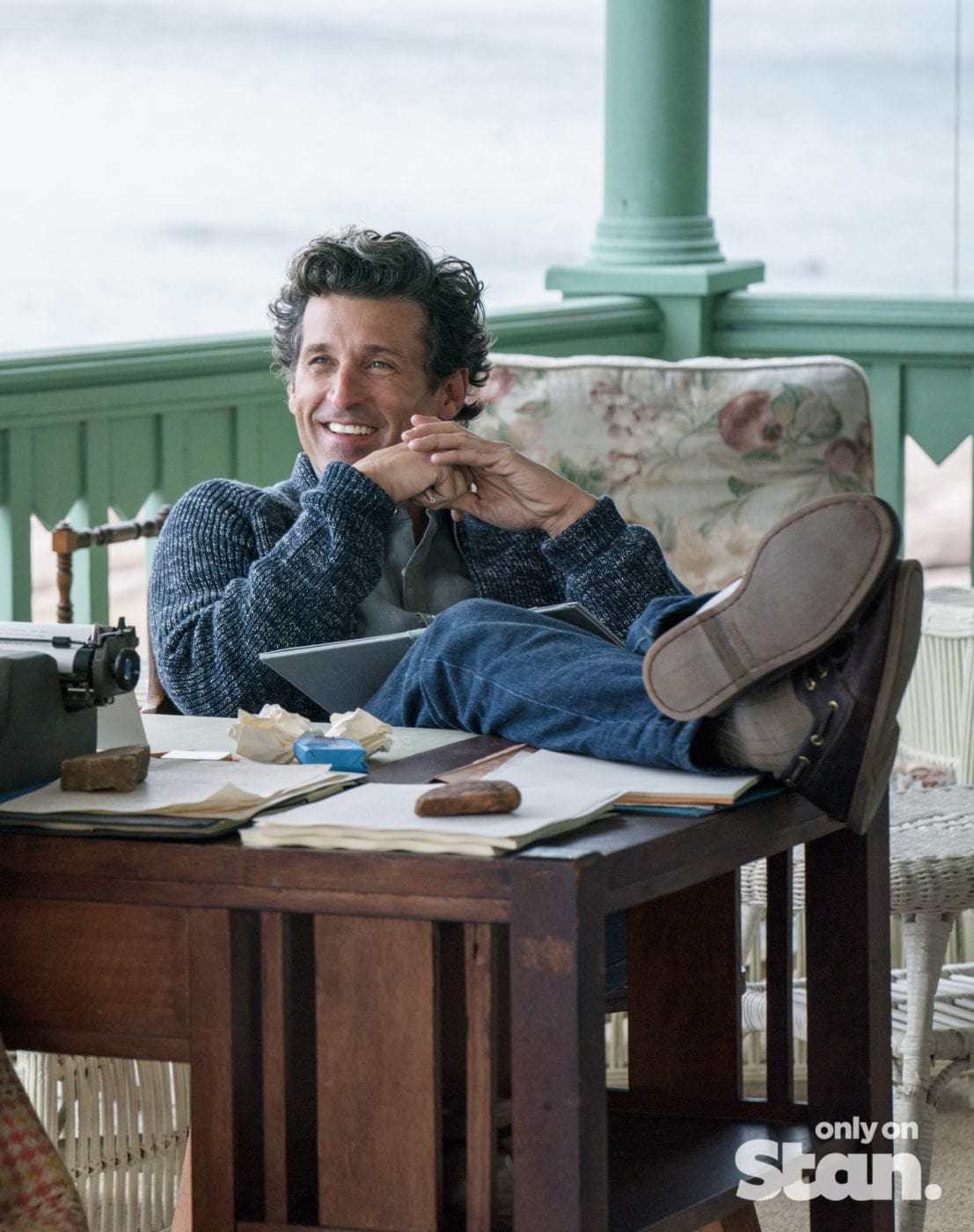 THE TRUTH ABOUT THE HARRY QUEBERT AFFAIR, from MGM Television, Eagle Pictures and Barbary Films is based in the bestselling novel of the same name by Joël Dicker which has sold more than two million books worldwide and has been translated into more than 25 languages.

The 10-part series stars Golden Globe and Emmy Award ®-nominated actor Patrick Dempsey (Grey’s Anatomy, Bridget Jones’s Baby) in the title role as Harry Quebert, a literary icon who suddenly finds himself indicted for murder after the body of a young girl is found buried on his property. Marcus Goldman, a successful young novelist who has been mentored by Harry Quebert, will be played by Ben Schnetzer (Snowden, Pride). Jean-Jacques Annaud (Seven Years in Tibet, Black Gold), Director of the Academy Award ®- winning film Black and White in Color, makes his television directorial debut, directing every episode of the series.

THE TRUTH ABOUT THE HARRY QUEBERT AFFAIR takes place in coastal Maine and focuses on Marcus Goldman who is visiting Harry Quebert’s home to find a cure for his writer’s block as his publisher’s deadline looms. Marcus’ plans are suddenly upended when Harry is sensationally implicated in the cold-case murder of Nola Kellergan, a young girl who has been missing for many years.

Rounding out the cast are Colm Feore (House of Cards) as the wealthy and inscrutable Elijah Stern, one of the most powerful men in New England who’s spent his life atoning for a secret past; Josh Close (Person of Interest) plays Luther Caleb, Elijah Stern’s right hand man who suffers from disfiguring scars caused by a horrific attack that happened in his past; Matt Frewer (Timeless) as Reverend Kellergan, Nola’s eccentric father; Connor Price (X Company) as Young Travis Dawn, a rookie cop who falls love with Jenny Quinn; Craig Eldridge (The Death and Life of John F. Donavan) plays the elder Travis Dawn who has risen in the ranks to become chief of police; Kurt Fuller (Phil) plays Police Chief Gareth Pratt who originally ran the investigation into Nola’s disappearance, but is now retired; Don Harvey (The Deuce) as Bobbo Quinn, Tamara Quinn’s husband; Felicia Shulman (Brad’s Status) as Maggie Pratt, Chief Gareth Pratt’s wife and the town busybody; and Wayne Knight (Narcos) as Benjamin Roth, Harry’s high-priced, high-pressure attorney.

Lyn Greene & Richard Levine (Masters of Sex, The Interestings) wrote the pilot script and several episodes based on a format by Annaud. THE TRUTH ABOUT THE HARRY QUEBERT AFFAIR is executive produced by Tarak Ben Ammar (Monty Python’s The Life of Brian, Hannibal Rising, Black Gold), Annaud, Greene & Levine,Fabio Conversi (The Great Beauty, Youth) and Dempsey. The series is produced by MGM Television and Eagle Pictures with MGM serving as the lead studio.

THE TRUTH ABOUT THE HARRY QUEBERT AFFAIR comes exclusively to Stan as part of its multi-year partnership with MGM. Other MGM Television dramas currently steaming on Stan include CONDOR and GET SHORTY.

THE TRUTH ABOUT THE HARRY QUEBERT AFFAIR will premiere September 28 exclusively on Stan, with the first four episodes dropping at once

PrevPrevious.ST. AGATHA To Get North American Release
Next.JOHN CARPENTER And JAMIE LEE CURTIS Go Behind The Scenes On HALLOWEENNext