SOULFLY at the Brighton Music Hall, Boston, Massachusetts on 2/10/2019 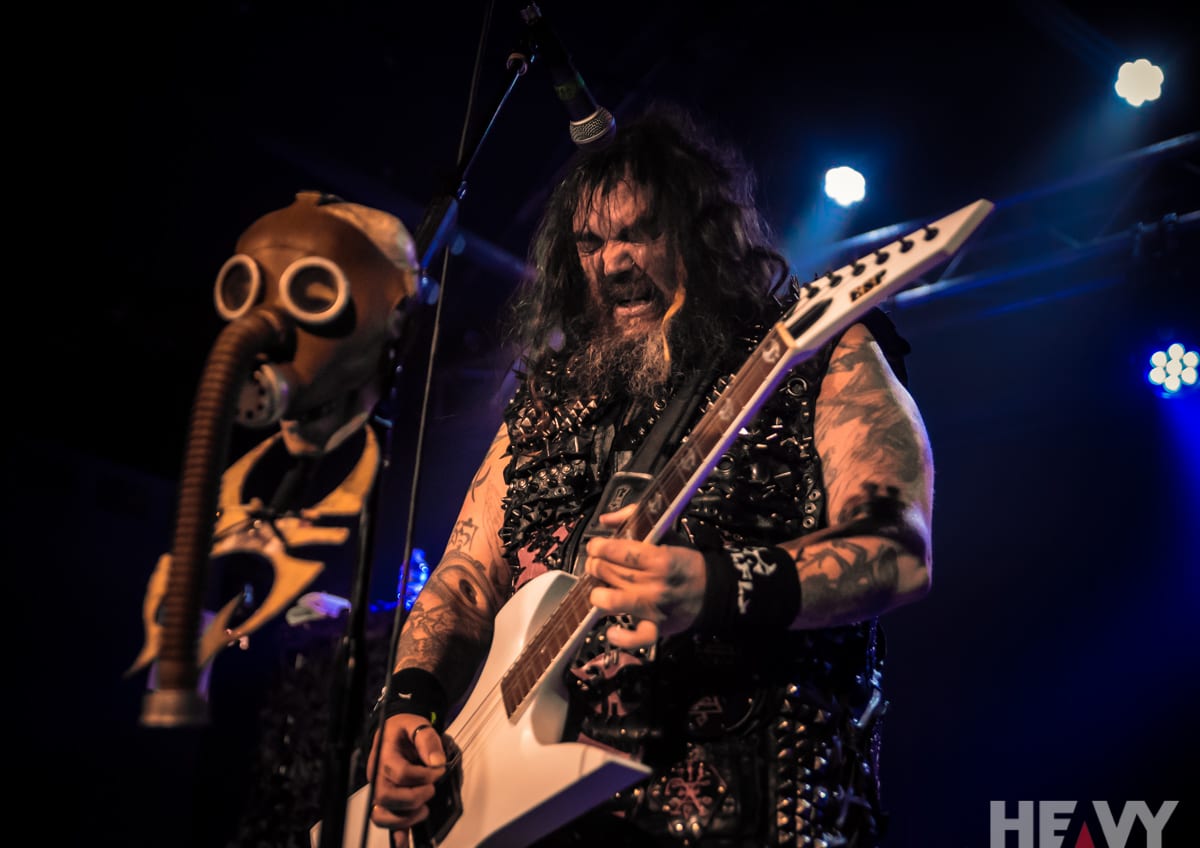 Max Cavalera and Soulfly continue to prove to both fans and critics alike that he and the band are still more than capable of creating earth shattering heavy music that rivals anything being put out today.

Whether you want to call it a return to form or simply chalk it up to the ongoing evolution of the band, there’s little questioning that Soulfly’s latest release, 2018’s Ritual, is one of the most complete and sublime recordings they’ve ever produced.

This past Monday evening Cavalera and company made a pit stop on the current leg of the Ritual tour to unleash the tribal thrash on Soulfly’s legion of New England area fans at the Brighton Music Hall on the outskirts of Boston, Massachusetts. 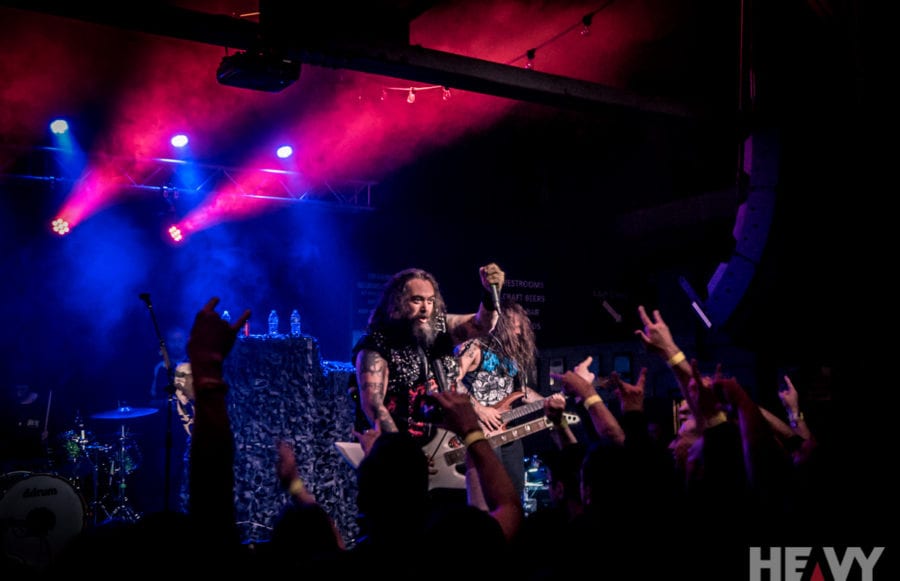 Rooted in the groove, tribal and thrash oriented soundscapes reminiscent of Soulfly’s early career efforts, Ritual is ripe with pugnacious themes, crushing vocals and anthemic choruses that beg to be sung back to the band while they perform on any lighted stage.

Perhaps that is the very reason Cavalera decided to switch up the formula in terms of the band’s set list for the Ritual tour.   Previously Soulfly have primarily stuck to performing a few tracks off of any new release, with the remainder of their sets being focused on the band’s older material and a Sepultura melody or cover. 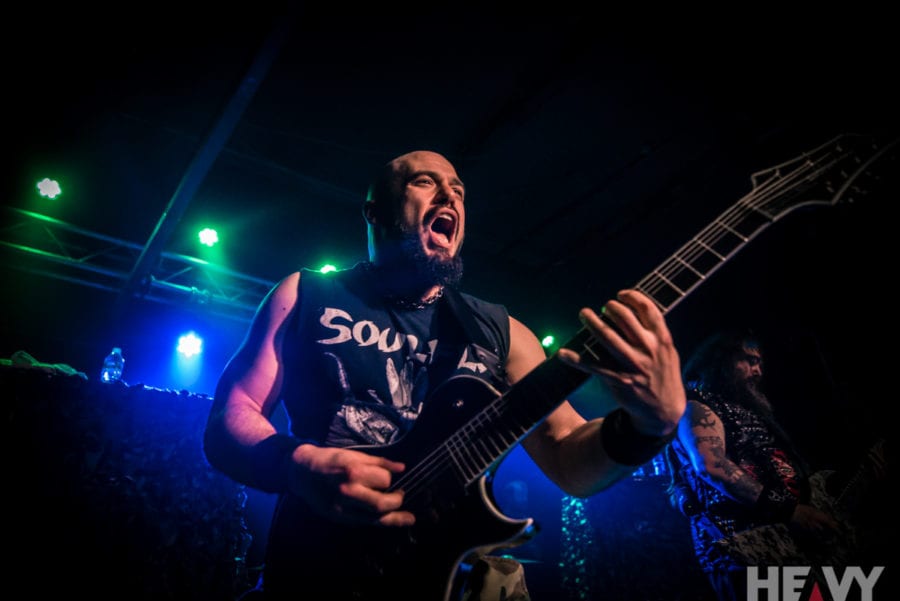 This time out the band is focusing on the new record right out of the gate, as the show in Boston began with a three song salvo of Ritual’s title track followed by two other stand outs from the LP, “The Summoning” and the song Immolation front man Ross Dolan provided guest vocals for, “Under Rapture.”

Both “Ritual” and “The Summoning” are the types of songs that would have most metal fans in their own living rooms moshing with their beloved pets and maybe even an aggressive toddler or two.  Thus it came as no surprise that Soulfly, despite the fact that they were playing music many in the audience were not as familiar with, had the entire Brighton Music Hall crowd crashing and banging into each other from the jump.

It’s worth noting the ferocious intensity that Cavalera’s son Zyon brings to the table as Soulfly’s drummer, most notably on Ritual, as well as at the band’s live shows.  His play style is both unorthodox and unpredictable but like his uncle Igor Cavalera, Zyon’s live performance commands attention. 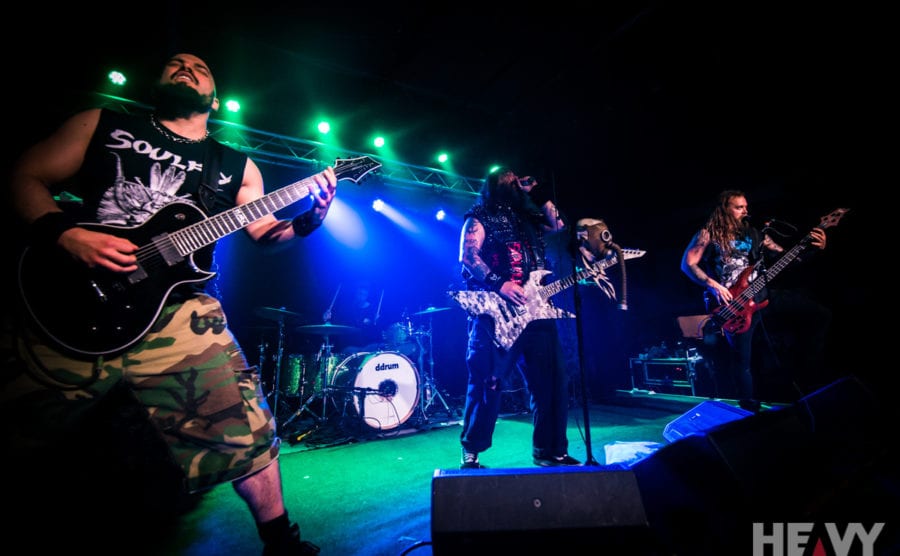 There’s an elevated sense of pace, passion and exigency to Ritual that at least in DNA, compares very favorably to Soulfly’s 2005 release, Dark Ages. Thus it seemed almost appropriate that the middle section of the band’s Boston performance included three of the most brilliant tracks from that record, “Babylon,” “I and I” and “Arise Again.”

The set list in Boston also played very favorable to the sublime talents of guitar virtuoso Marc Rizzo. Whether it was the new material or the Soulfly classics that dominated the back half of of the performance, which included fan favorites “Back to the Primitive,” “Jumpdafuckup” and “Eye for Eye,” Rizzo was a whirling dervish of explosive riffs and draw dropping leads throughout the night.

Cavalera has commented in the past that he’s always envisioned Soulfly as being helmed by a rotating group of musicians.  However, based on the quality of Ritual as a record and the type of riotous live show the band dropped on the Boston audience this past Monday, lets hope Max, his son Zyon, Rizzo and new bass player Mike Leon decide to make their current engagement a more permanent union. 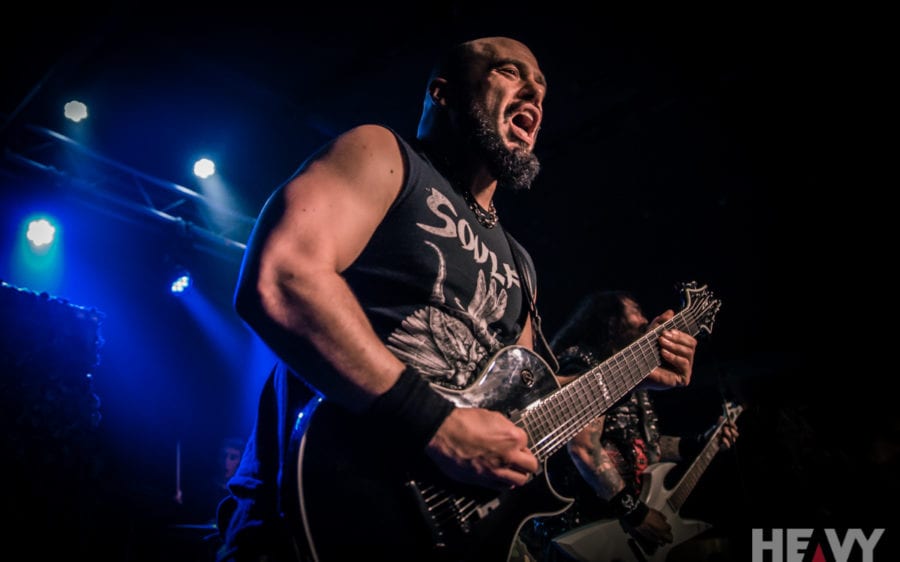 Chaoseum was formed from the ashes of melodic power metal band Eiferya. Ditching any hint of the symphonic elements of their previous band, the Swiss quartet gave Boston a taste of of the more Killswitch Engage and Trivium inspired metalcore that’s at the root of their debut LP, First Step to Hell.

As with any new band, especially one that’s exploring new territory musically, there were hits and misses regarding Chaoseum’s time on the Brighton Music Hall’s stage.   However, it’s important to note the musicianship in the band is at the higher end of the spectrum and if anything, they’re both fluid and engaging live performers.  Chaoseum shows a lot of promise and it’ll be interesting to see where their career goes from this point forward.

It’s next to impossible not to be drawn into any Incite live show.  Richie Cavalera is engaging as any front man in the music business today and his emotive vocals are just the tip of spear in terms of the band’s musical acumen.

Dru “tang” Rome’s blazing riffs, the tight rhythm section of Derek Lennon Lopez on drums and Christopher “El” Elsten on bass combined with Cavalera’s stage presence made Incite’s set in Boston one well worth showing up early to the venue to bare witness too.

Incite’s latest release, 2019’s Built to Destroy, is very much a visceral record, thus it was a pleasant surprise to hear the band feature it throughout their set in Boston.   Based on the crowd’s response it wouldn’t be shocking at all if Built to Destroy goes on to be one of Incite’s most beloved records.

Kataklysm were the final act to play before Max Cavalera and Soulfly crushed the Boston audience.  The band’s brand of death metal provided somewhat of striking contrast to the acts that played ahead of them, however, their time on stage was no less impactful.

After thirteen studio albums Kataklysm have honed a unique sound, as over the years they’ve morphed from being more of a traditional death metal outfit to one that’s as melodic as they are aggressive.   Kataklysm latest record, 2018’s Meditations, very much mirrored the band’s set in Boston as their time on stage was as diverse as the album itself, balancing shifts in tempo and intensity throughout.

Credit should go out to both Max and Gloria Cavalera for putting together a bill for the Ritual tour that has a little bit to offer any fan of heavy music. Well played team Cavalera, well played. 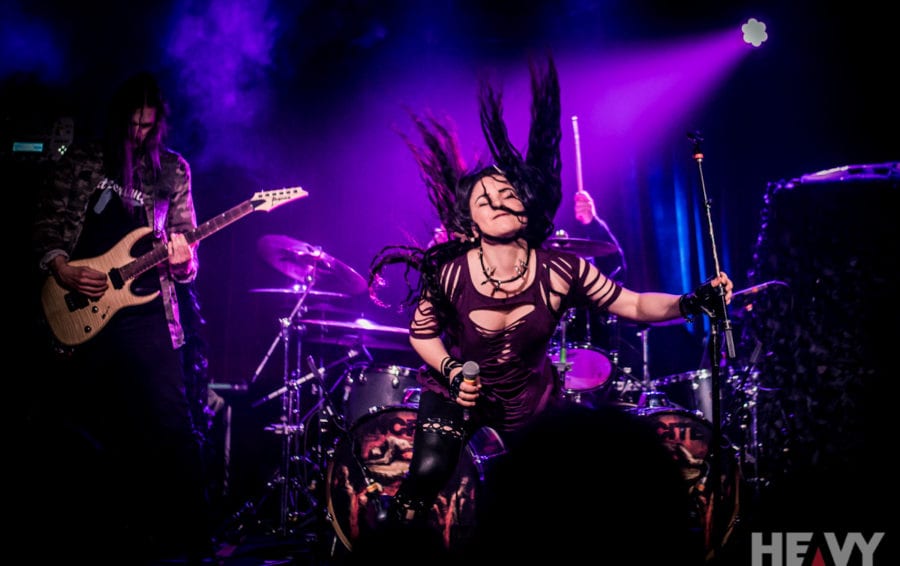 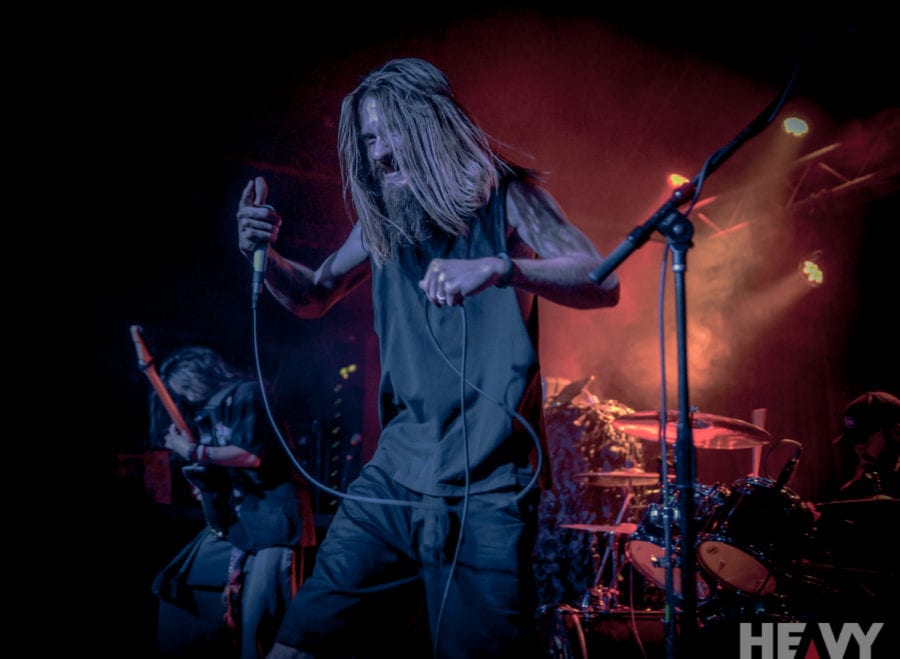 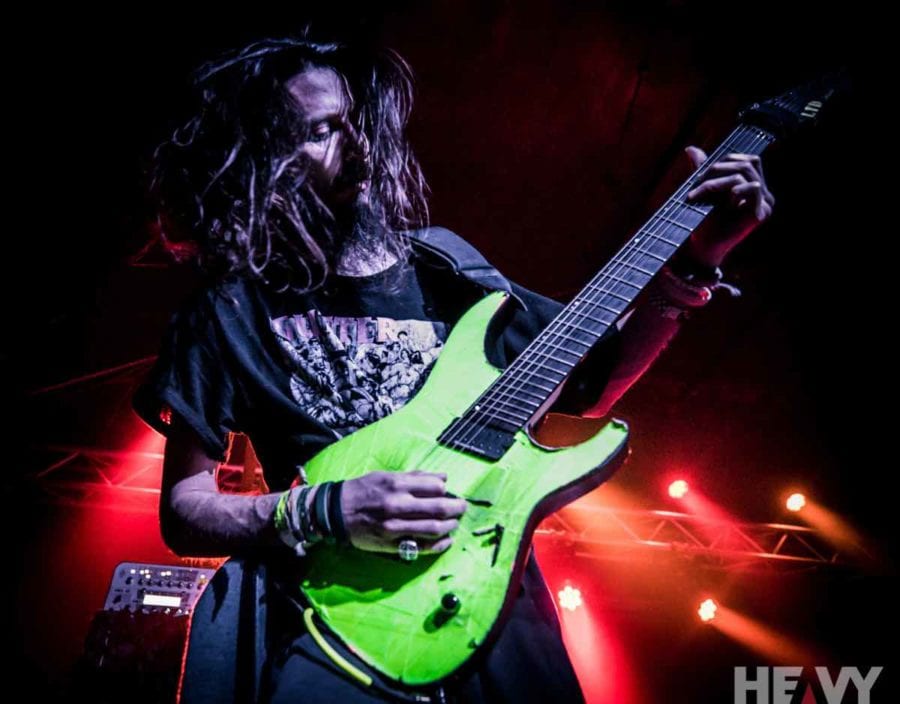 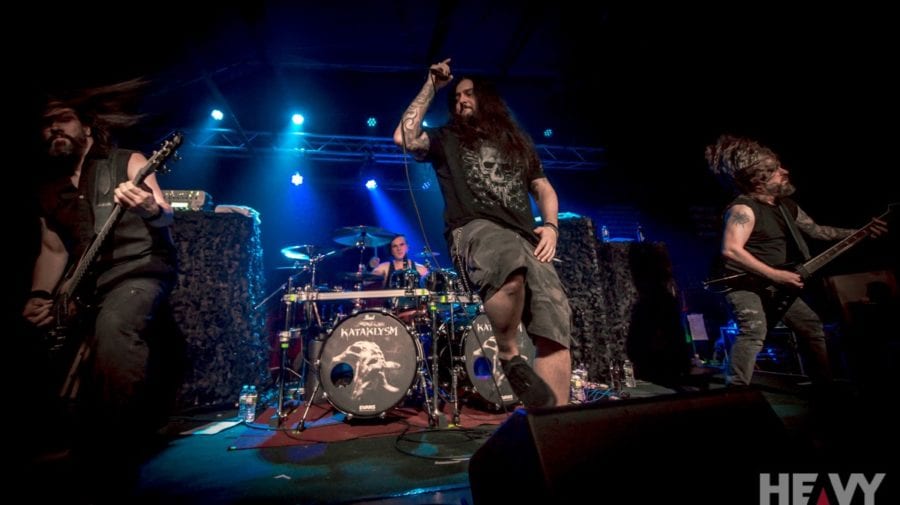 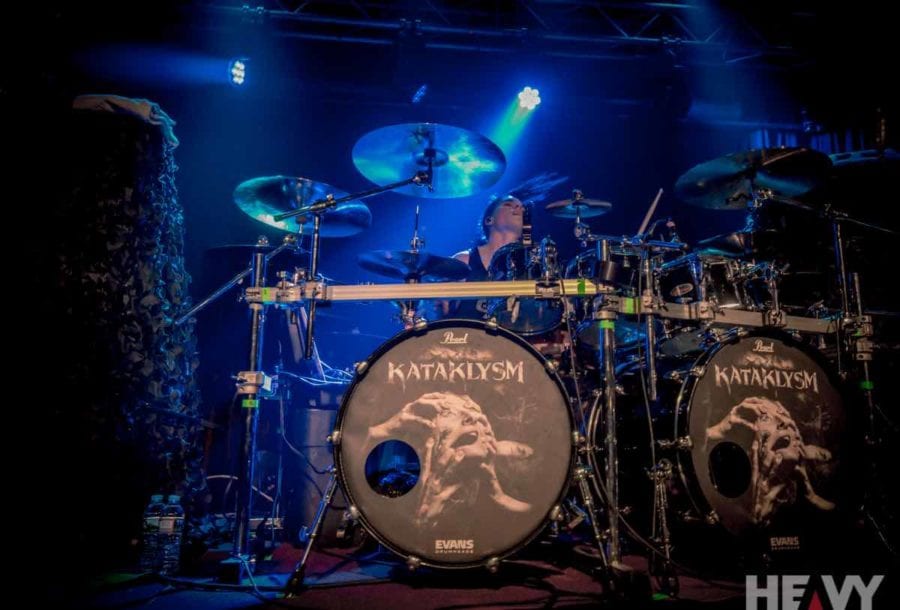 PrevPrevious.ELECTRIC MARY ‘Mother’
Next.STEEL PANTHER and Gus G at Manchester Academy on 11/2/19Next