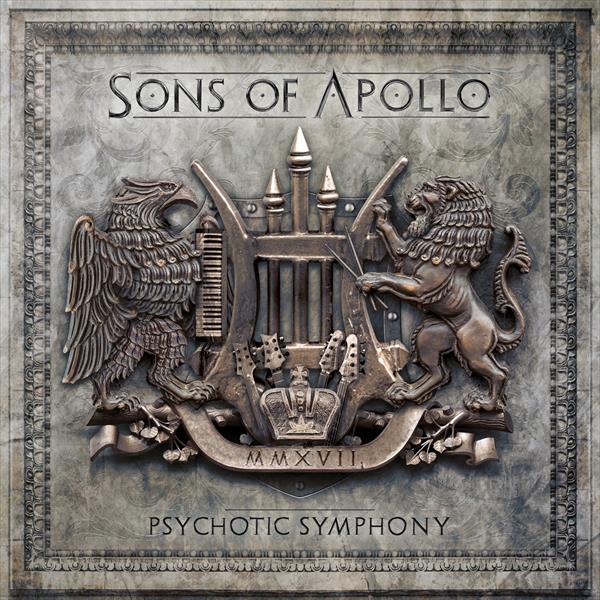 What a lineup! Some of music’s heavyweights collaborating on what is a phenomenal album. They require no introduction as they are household names within the music world, but for those who don’t know, here is a brief introduction to who they are. The lead vocalist is Jeff Scott Soto (ex-Journey, ex-Yngwie Malmsteen’s Rising Force, ex-Talisman), guitarist Ron “Bumblefoot” Thal (ex-Guns N’ Roses), bassist Billy Sheehan (The Winery Dogs, Mr. Big, David Lee Roth), Mike Portnoy (ex-Dream Theater) and Derek Sherinian (ex-Dream Theater). They have all crossed paths before, working together on different projects and now they have finally come together to create a whole new sound and a whole new band.

This nine track album will blow your mind. You can hear the influences of Dream Theater from Mike Portnoy and Derek Sherinian, and you also hear the individual styles from Jeff Scott Soto, Bumblefoot, and Sheehan. The collaboration on this album breathes a breath of fresh air into music, and while they are not new to the music scene – with some having over 30 years in the industry – this is a band that will invigorate and inspire new and current fans as well as their peers.

The first song on the album is God of the Son which is an 11-minute track and the powerhouse vocals of Jeff Scott Soto immediately kick the album off. Initially, you’re not sure what way the album is going to go down the route of as it has an oriental feel at the start of track one followed by some guitar play from Bumblefoot. It builds, and then the drums hit you. Halfway through, it slows down to where you get a feel of a different song, and Derek Sherinian uses what only can be described as a cathedral organ. Then it kickstarts with the chugging of the guitar and becomes fast-paced. When you think it’s coming to an end, it doesn’t; it hits you harder. It makes you excited to hear what the rest of the album will sound like.

The second song is called “Coming Home”, a song which has already been released and teases what to expect for the rest of the album. The third track is “Signs of the Time” which starts off heavy with a crushing riff, opens the song up, and continues to form the backbone of the track. It then goes into a more melodic chorus. The fourth song, “Labyrinth” has an orchestral feel to the start with just that and vocals; making it have a vulnerable sound to Jeff Scott Soto’s voice before the drums and guitar hit and remove the vulnerability from the song while still capturing elements of prog rock.

The fifth track on the album is called “Alive”. It is a lot slower than the others, and when Jeff Scott Soto starts singing, you can feel what he is singing. Each of the band members complements each other and sound like they have been playing together for years. Each one of the members comes from a different genre and background of music. They haven’t had to change their styles; it fits perfectly. The seventh track is called “Figaro’s Whore” and is a purely instrumental that runs for 1 minute and 4 seconds long and then leads into the eighth track called “Divine Addiction”, the latter having a bit of a Deep Purple sound to it when it first starts.

Track nine is “Opus Maximus” which boasts a dirty riff with hints of chugging bass. Sheehan’s bass playing can be heard very clearly in this along with Bumblefoot’s epic guitar skills. This is a 10-minute, 39-second song, and in that time, it goes from a sweeping melody and then from heavy to melodic – with a complete change of pace – and then straight back to fast riffs. It fits so well that when you listen to it, you get the feeling that it’s building up to something. This again is an instrumental track showcasing the raw talent that Ron “Bumblefoot” Thal, Billy Sheehan, Mike Portnoy and Derek Sherinian all possess.

I look forward to when the album is released, and after hearing it, this is undoubtedly my favourite of 2017. My recommendation is to purchase this album; you will not be disappointed.

PrevPrevious.AT THE DRIVE IN, Le Butcherettes at Hordern Pavilion, Sydney on 29/09/17
Next.CALIGULA’S HORSE at Max Watts, Melbourne on 30/9/17Next