They didn’t mean to but alternative rockers AFI created an internet flurry when they first released pictures to promote their new EP The Missing Man. The pictures seemed innocent enough – pictures of the band with a shadowy figure where lead singer Davey Havok should be. The result was fans speculating that the band was breaking up or that Havok had left the band and that they were looking for a new lead singer.

“We put out a picture of the band with Davey cut out of it,” says AFI’s Jade Puget when HEAVY Mag caught up with him to chat about The Missing Man. “We did expect some kind of reaction to it but there were a lot of theories out there about it, man. There was that Davey had left the band, or that the band was breaking up and then there was that the band was looking for a brand new singer or that Davey had decided to go it alone… there was so many fan theories out there.”

Puget is quick to add that there was no hidden meaning behind the name The Missing Man at all. “We literally just wrote the song called ‘The Missing Man’ and of course that is the hook of the chorus and we just decided that we really liked that title so we decided ‘yeah that is going to be the name of the EP.’”

Of course a lot of fans out there are wondering why this is an EP and not a full album and as our interview goes on Puget says that an AFI album is certainly in the works but they just needed to get these tracks out there. “Davey and I had been writing solidly since our last release,” he explains. “And these were our favourite five tracks that we had written over the last year or year and a half, we never aimed for every song to sound different on the EP but that is just how our song-writing goes. Every time we sat down we would be like ‘okay what are we going to do today, what kind of song do you want to do? Something different?’ And that is just what ended up happening, we just ended up with five very different songs.”

The Missing Man EP is released on 7th December through Ex Noctem Nacimur. 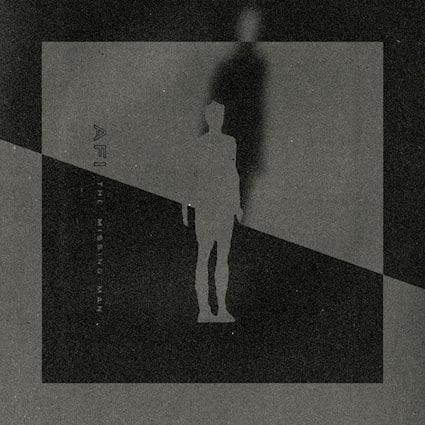