SÓLSTAFIR are about to kick off their Australian tour in support of ENSLAVED tonight at the Rosemount Hotel in Perth. The band will perform 3 more shows in Sydney, Brisbane and Melbourne.

In previous news, SÓLSTAFIR have added more dates to their already announced European tour in support of their latest release ‘Berdreyminn‘ this December. Their massive road-trip will kick off at Poland’s B90 in Gdansk on November 20, and run through 17 more countries before the final curtain falls at the Voodoo Lounge in Dublin, Ireland on the 22nd of December. 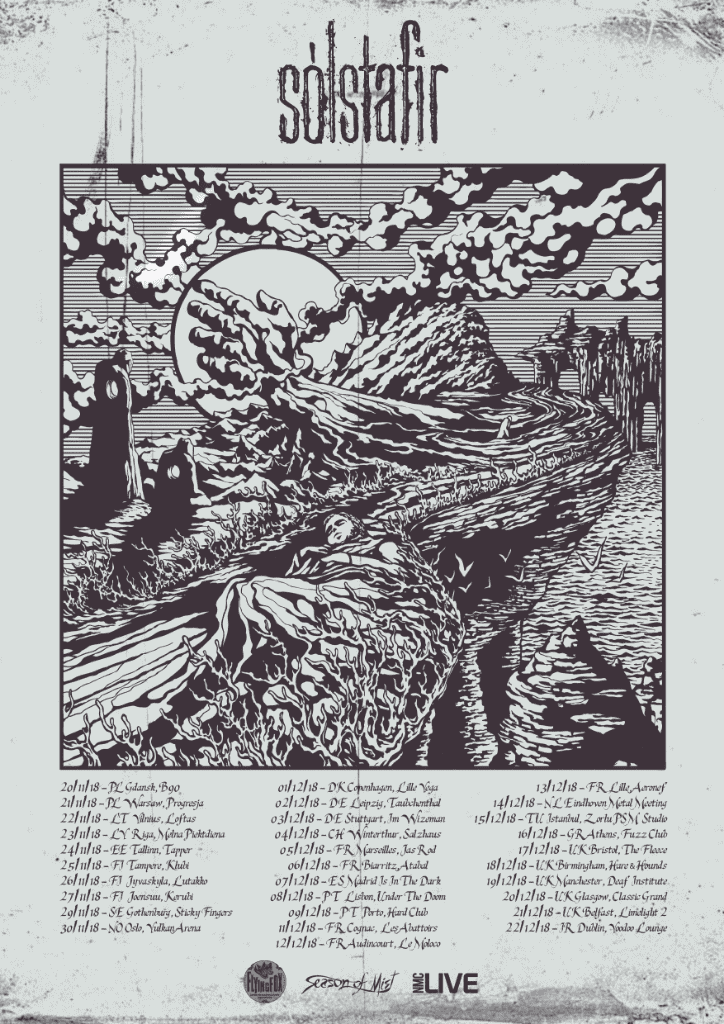