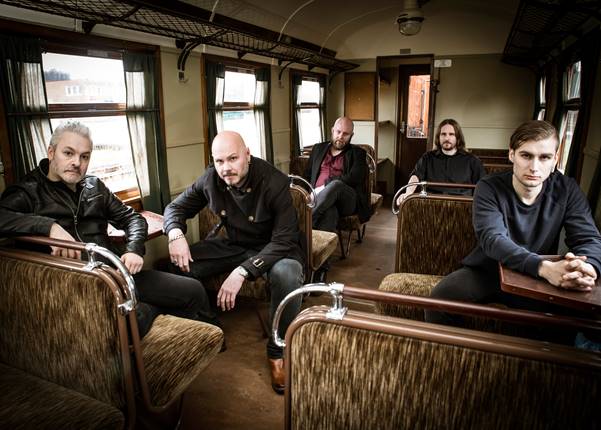 Chatting to Soilwork’s Bjorn Strid always feels like chatting to an old friend. He was the first musician that I interviewed over twenty years ago and it is always something we laugh about when we are scheduled for another interview. Our laughter starts very early on this interview. Strid is a great mood and while some people just say it you can tell that he is genuinely excited about the opportunity of bringing Soilwork back to Australia this year for a tour that will be the Swedes seventh visit Down Under.

“ I believe that this is our seventh time there,” he says laughing. “It is just crazy to think we have been there six times previously… just crazy. And apologies for having to cancel our plans for the tour earlier in the year but there were circumstances, personal circumstances and this time we get to bring David (Andersson – Soilwork’s guitarist) with us. We were just so happy that we could re-schedule. But I also understand that people might have bought flight tickets for the original shows and hopefully we will be able to see those guys at the shows as well… but we do send our deepest  apologies.”

That leads to both of us talking about the cancelled Metallica Australian tour and I ask Strid just how difficult of a decision is to make when a band has to cancel a tour. “It is very difficult and it is not something that we take lightly,” he says. “We are aware that there is a lot of travelling involved especially with this tour. We normally go to Perth as well and we normally go to Adelaide but this time it is only three shows. So I understand that there must have been a lot of people who would have been travelling from Perth or Adelaide and I can understand that they would be frustrated because their plans changed… but it is not something that we take lightly. But this time we are going to give one hundred per cent and give everybody a real show.”

This will of course be the first time that Soilwork’s Australian fans will be able to see tracks off their new album Verkigheten performed live and Strid says the tracks have been sounding amazing as they have played across the European festivals. “I think they have been working out really live,” he says. “I think they work out better than The Ride Majestic tracks overall I would say. There are tracks like ‘Stalfagel’ we have been putting as the encore. Since we had released it we had always done ‘Stabbing The Drama’ as our encore but with our tour that we did we Amphoris and then the summer festivals we started doing ‘Stalfagel’ and it has got such a crazy reaction. It is really refreshing to have been able to replace ‘Stabbing The Drama’ to be honest with you.”

“Well we normally do rehearsals as well but you never know how it is going to be until you are on stage,” says Strid when I ask how Soilwork prepare to play new tracks live for the first time. “It is like three steps, you write the song, then you record it and then your rehearse it and then you play it live… it is three very different and separate things. You never know what it is going to be like so it is just a matter of playing it live and then you find out pretty quickly whether the song is going to work live or not or if you can even re-produce live or not. There are some songs that you think are meant to be played live but then when you play it you just realise that there is something missing and you don’t know what it is.”

So does he still get nervous when it is time to play a new track live? “Absolutely,” he says with a big laugh. “It can be very nerve-wrecking. I think the vocals are getting more and more extreme and I really try to push myself because it is more fun that way but you do get really nervous when you start thinking ‘what if I can’t pull it off live?’ It usually works out but take for example that really high note on ‘Stalfagel’ I found myself thinking ‘will I be able to nail that live’ so I was kind of worried about that but it has worked so far… you just have to play it a few times live and then it is there. You also need the adrenalin and then you can pull off whatever you want.”

“These shows are going to be absolutely amazing… I’m sure about it,” says Stird as we wrap up the interview. “We are going to have a great set list for you guys and again apologies for not coming to you guys at the beginning of the year but we are just really grateful that we were able to re-schedule the shows and we hope to see you all there… and thanks for your patience.”

You can hear the full Soilwork on Spotify. All the tour dates can be found below. 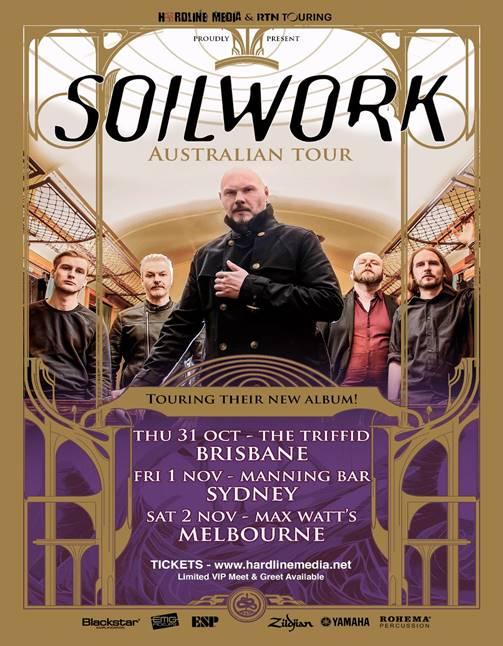