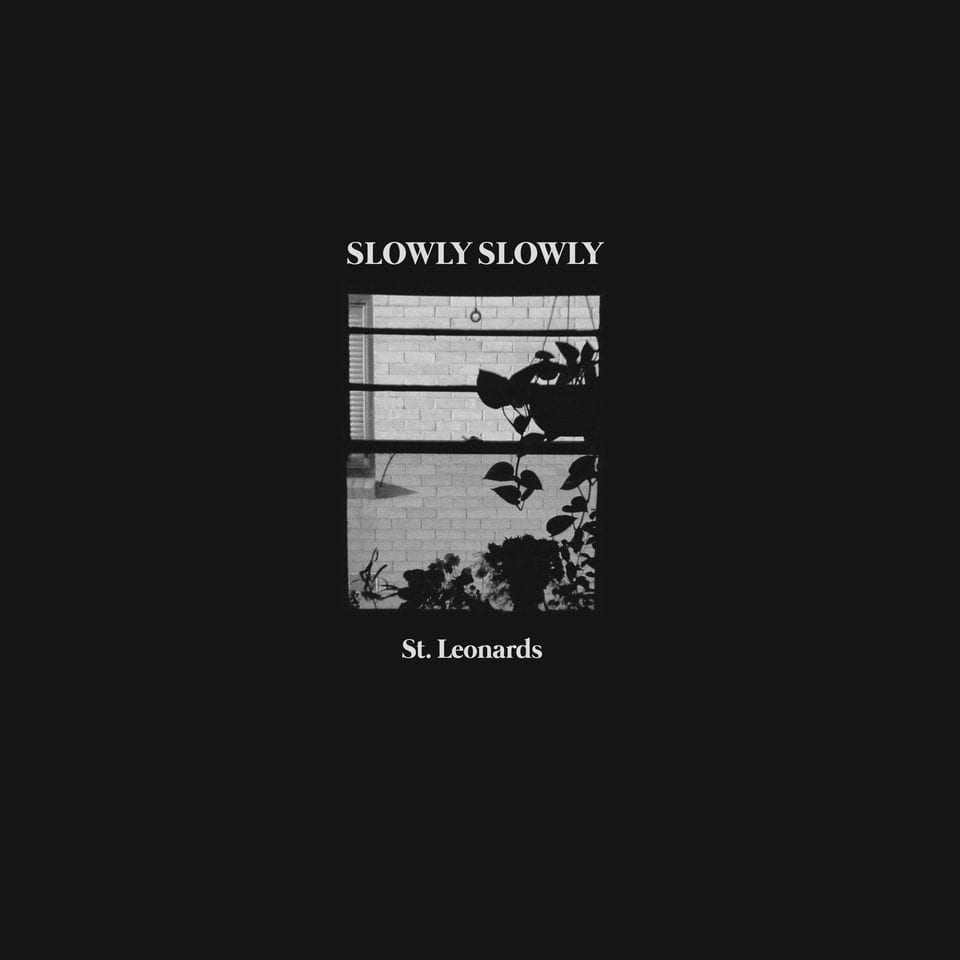 The dissolution of Melbourne’s adored emo-pop-rock sons Kisschasy in 2015 has left a vast chasm in that alternative rock classification which remains to a degree, unguarded. That is not to say that there has been an absence of Australian bands that have not possessed the talent or aptitude to fill this void so to speak; it seems it is more a matter of the right combination of chemistry, timing and enticement has not quite bonded to the exact necessity to recover this vacancy.

Similar to where the now defunct Kisschasy spawned from, Melbourne’s Slowly Slowly may ‘bear the arms’ to, at the very least, barricade this abyss, or build a very robust bridge over it. Opener “Dinosaurs” respectively channels the aforementioned Victorian emo-pop-rock leaders, which retrospectively enforces the Joni Mitchell sentiment that the world did not know what it had until it was gone. This velvety quaint introduction is quite an excellent entrance into the sophomore record St. Leonards from ‘Slowly, as what follows is a diverse, dark yet sweet collection of songs rather similar to a well-made Lambrusco wine.

The quartet employs the rockier yet tender moments from Chris Carrabba in his globally adored emo-alt outfit Dashboard Confessional for “Extinction”, “The Cold War” and “Ten Leaf Clover”; this inspiration is actually diversified later with “Sunburnt Shoulders” which feels like a lost b-side from the reunion album Carrabba did with his emotional rock group Further Seems Forever. On a more artistic wavelength, “Aliens” emits a superb Kevin Devine inventiveness. Title track “St. Leonards” has the anthemic texture of folk punk troubadour Frank Turner, an influence that pops up again in “Sorry”, that in a sense is a “swing and a miss” comparably on the full-length. Remarkably the song “Alchemy” is Slowly Slowly at the height of their game, promoting a Third Eye Blind meets Jimmy Eat World motivation to a marvellous outcome.

Thankfully, the four-piece mix their musical blueprint up rather brilliantly with “Smile Lines” which could inspire Something With Numbers to finally emerge from their hiding place and most impressively, the love-song-ballad “Songs For Shae” has a discreet Michael Jackson aura about the track, not too distant from the pop-star’s sombre hit “Heal The World”.

Conclusively St. Leonards is a very solid step in the right direction, however it probably isn’t quite the album for these four Victorian gentlemen to claim the Australian emo-rock throne. Nevertheless, if one needs an emotional indie-rock soundtrack while they are sipping on a delectable red wine, Slowly Slowly will have the senses covered.