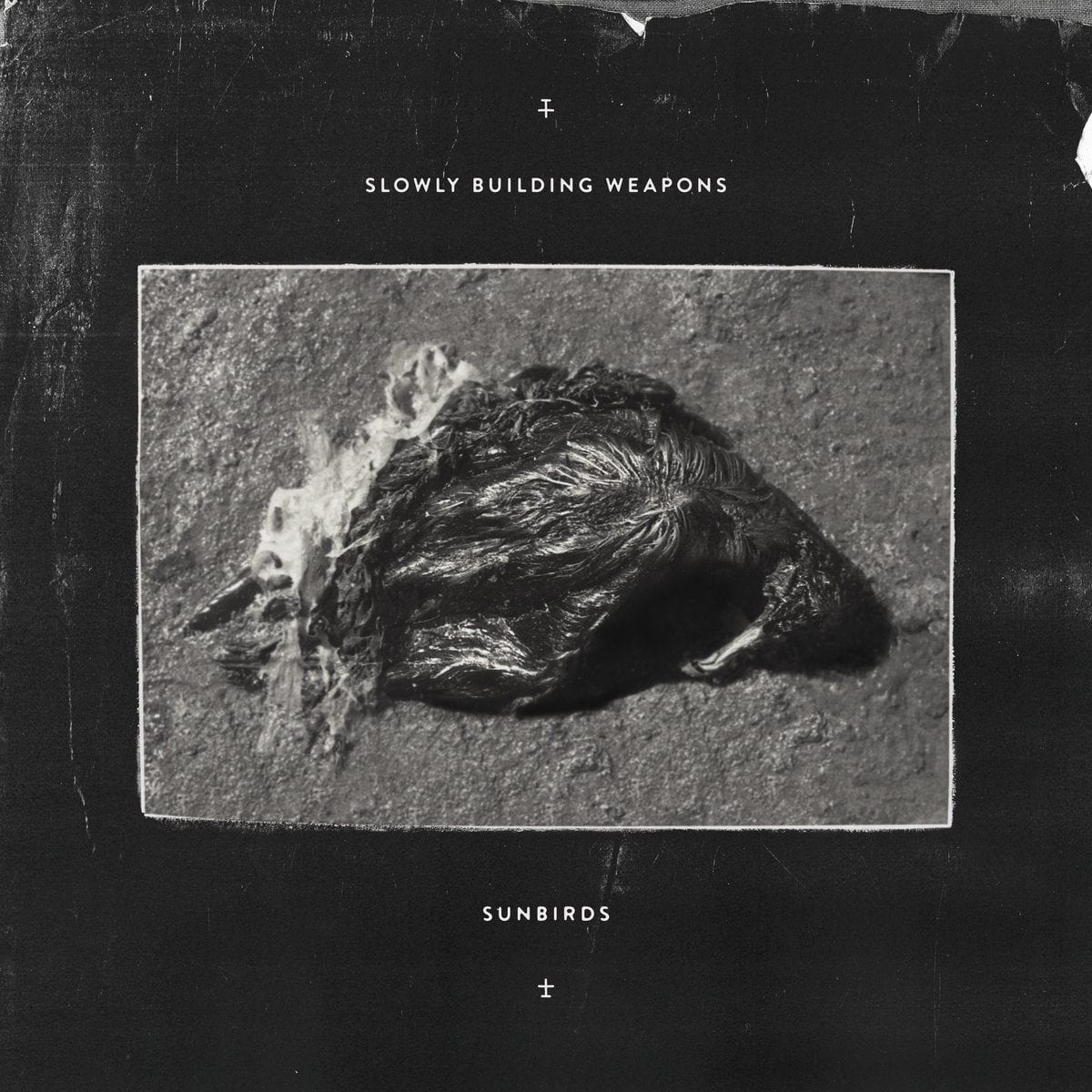 The track is a decaying mess of tremolo guitars, blast beats and filthy sludge riffs. With a production aesthetic that sounds as if it is going to collapse under its own weight, it appropriately sets the tone for the dark, sonic experimentation of the group’s new LP ‘Sunbirds’.

With the release of Nausicaä in 2007, Slowly Building Weapons established themselves as one of Australia’s most innovative heavy bands. Soon after, they disbanded.

Ten years on they return with an intense and diverse LP, scattered with elements of the band they once were, but overwhelmed by the sound of their collective present.

‘Sunbirds’ is an album of both darkness and light; of damaged warmth and enveloping cold; and of unrelenting experimentation. While the result is utterly unique, comparisons can be made to groups like Converge, Oathbreaker, Burzum and Oranssi Pazuzu.

The record was written over two arduous years, with most the band stationed in Sydney, and vocalist Nick Bowman working out of a Omihachiman, Japan.

For production, Slowly Building Weapons have collaborated once again with Tim Carr (We Lost The Sea, Totally Unicorn), with mastering handled by the talented Mell Dettmer (Sunn O))), Wolves In The Throne Room).

Slowly Building Weapons ‘Sunbirds’ is out 3 October on Art As Catharsis.

The second single, ‘Throne’, is out now.

The Rebirth Of ‘Ace Of Spades’