“What we’re doing is leaving it up to our fans,” explained vocalist for Florida’s Sleeping With Sirens, Kellin Quinn ahead of the bands April tour of Australia, “and letting them decide the set that they wanna hear and then do our best to put together a set list that makes everybody feel they got what they want out of it. I think probably in the next week or so we’re gonna go online and leave it up to our Australian fans to let us know what they want.”

Touring on the back of last years album Gossip, Quinn says the band are excited to bring their show to fans and was pleasantly surprised with the response the album received.

“I wasn’t sure what to expect,” he replied, “because it is a different sounding album for us but the response has been amazing! The sing-alongs have been awesome, especially songs like ‘Legend’. ‘Empire to Ashes’ goes off really well too and then we’ve been doing ‘Gossip’ acoustically and you really get to hear everyone sing along. It’s been incredible dude! Really, really fun!”

While acknowledging that every album has been written from the heart, Quinn concedes that the lyrics on Gossip are more-so, possibly to do with the coming-of-age sensation of leaving your twenties behind.
“I think they are all personal in a way,” he agreed. “I try to – especially as I get older – I try to get as personal as possible. It’s like a journal for me. It’s my diary of sorts so depending on where I am in my life I try to invest as much of my emotional energy into it because I think that’s what connects the most with people. This one was personal for me. I was going through some… I wouldn’t say midlife crisis… but definitely going from boyhood to a man. I was watching an interview today with Pauly Shore and he said that when he turned thirty he cried because he didn’t know how to become a man after being this boy for so long. I felt that in a way. I’ve grown up touring and being in a band and being young and doing stupid things and I have a family now and it’s important for me to be more responsible. I think figuring that out through being a touring musician and making records was a really confusing thing for me.”

Learn more about the lyrics on Gossip as well as which band member is best to have on the road and lessons the band have learnt from touring Australia in the past that they plan to utilise this time around, plus perhaps a special reveal of where you are likely to catch up with the boys for a quick chat while they are over here in the audio interview. 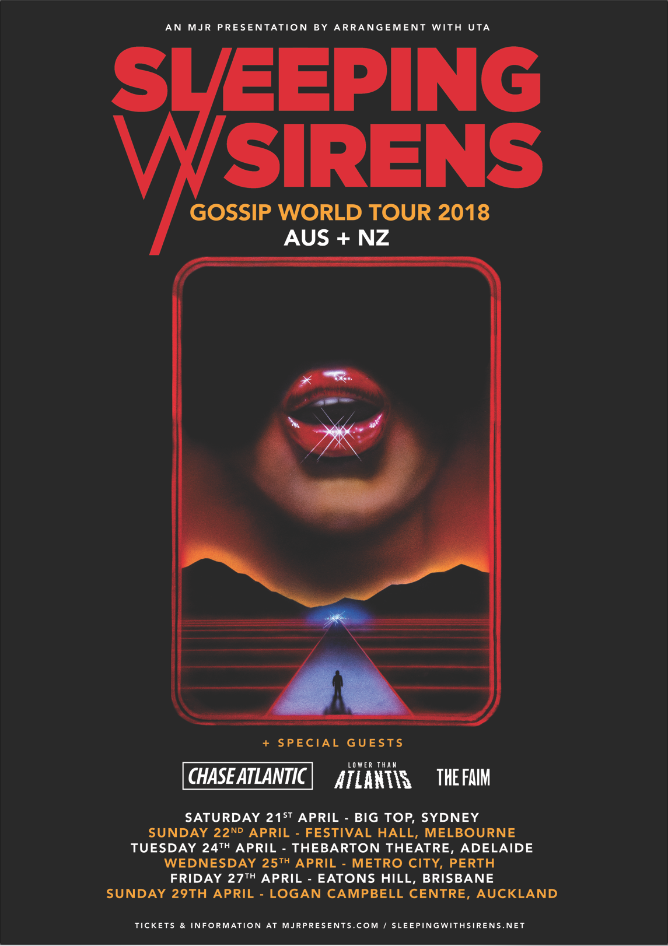