SLEEP TOKEN: This Place Will Become Your Tomb 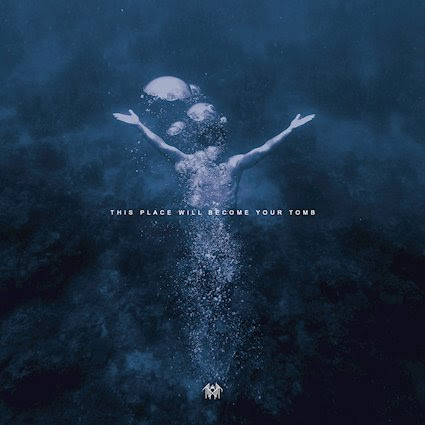 This Place Will Become Your Tomb.

Well, probably not, but let’s see what the UK’s Sleep Token will be sending me to my death with. A piano ballad titled Atlantic set’s a haunting tone at the start of the album, and I’m really not sure what I’m in for here. The track quickly heavies up, complete with chilling synth movements and gospel sounding vocal hymns.

Hypnosis continues with the heavy synth sounds of the opening track. Part industrial, part symphonic, this band creates a very unique atmosphere, a heavy and dark one! Crisp, clean vocals bellow out in the verses as the song lightens up and breathes. Heavy, haunting and hypnotising best describes this track. That is, until it gets its djent on for the outro. That guitar tone though, goddamn!

Wow, this next track is a shift in tone, and I’m thinking I’m momentarily listening to that homeless chick from Byron and I. Yeah, this one’s weird aye, am I still listening to the same band? The choice is mine at this point to skip this track. Mine as I’m not really enjoying its Top 40 Sunday relaxation music vibe.

Next up is disco track titled Like That, and if this song carries on like this any further, I may just skip this track too. Something about this song tells me that this is a kind of cool, although weird as fuck, but my heavy side is struggling. Luckily, it does get heavy in the bridge, but not for long enough. It does end heavy, though, so I guess I’ll just have to take what I’m given, which isn’t much.

Imagine mixing some weird slow EDM lounge music with a symphonic metal band, and that’s the sound that The Love You Want delivers. It’s not that far of a stretch from the last track, and the following track Fall For Me doesn’t drift too far off the path either. I’m pretty sure I’m hearing some Auto-Tune here as well, which kind of shits me to tears.

Next up is Alkaline which again opens with some weird EDM/Symphonic Metal mix. It does heavy up about halfway through and become a pretty big heavy track. This band absolutely belts it out of the park once they stop playing around with synthesisers, which they unfortunately don’t at the start of the next track, Distraction. Pretty much ends where it started this one apart from a little half heavy section towards the end.

As we descend into the ass end of this album, the band delivers another programmed sample intro compete with another dose of Auto-Tune. Descending is what it’s called, and that pretty much describes my current interest in this album. I mean, it’s kind of cool because it’s quite different, but I’m just not sure this review belongs in a heavy mag or an EDM mag.

Telemeres takes us back to the feeling of the first two tracks and the blend of slow, verse melodies and heavy melodic choruses keep me listening for another couple of minutes. Just long enough to catch a blues guitar solo in the dying minutes. I could possibly even listen to a whole album of tracks sounding like this one and the first two, but the techno tracks in between are a bit much for this old school head banger.

Every song on this album, bar one, starts with a slow, clean, synthesised intro and High Water does exactly that again. And just like all the others, it gets heavy and haunting, but I just wish it would get there a bit quicker and stay there a bit longer. I really like the sound of this band when they get their heavy on!

The final track, titled Missing Limbs, sets high expectations with a name reminiscent of a Brutal Death Metal track. Unfortunately, what we get is an acoustic ballad, complete with a piano backing to sweeten it up at the song’s peak. Not that it really peaks, it just kind of ebbs and flows.

I tried my hardest to hate this album after the middle of it almost bored me to death, but I just couldn’t. It’s honestly really interesting, but it may just get a little too weird and techno for some listeners, including me. Fuck what I think though, right?

Give me album of them staying heavy and haunting and I’ll be all over it, but this album isn’t it!