SLASH FEAT MYLES KENNEDY AND THE CONSPIRATORS And DEVILSKIN at Margaret Court Arena, Melbourne on 1/2/2019 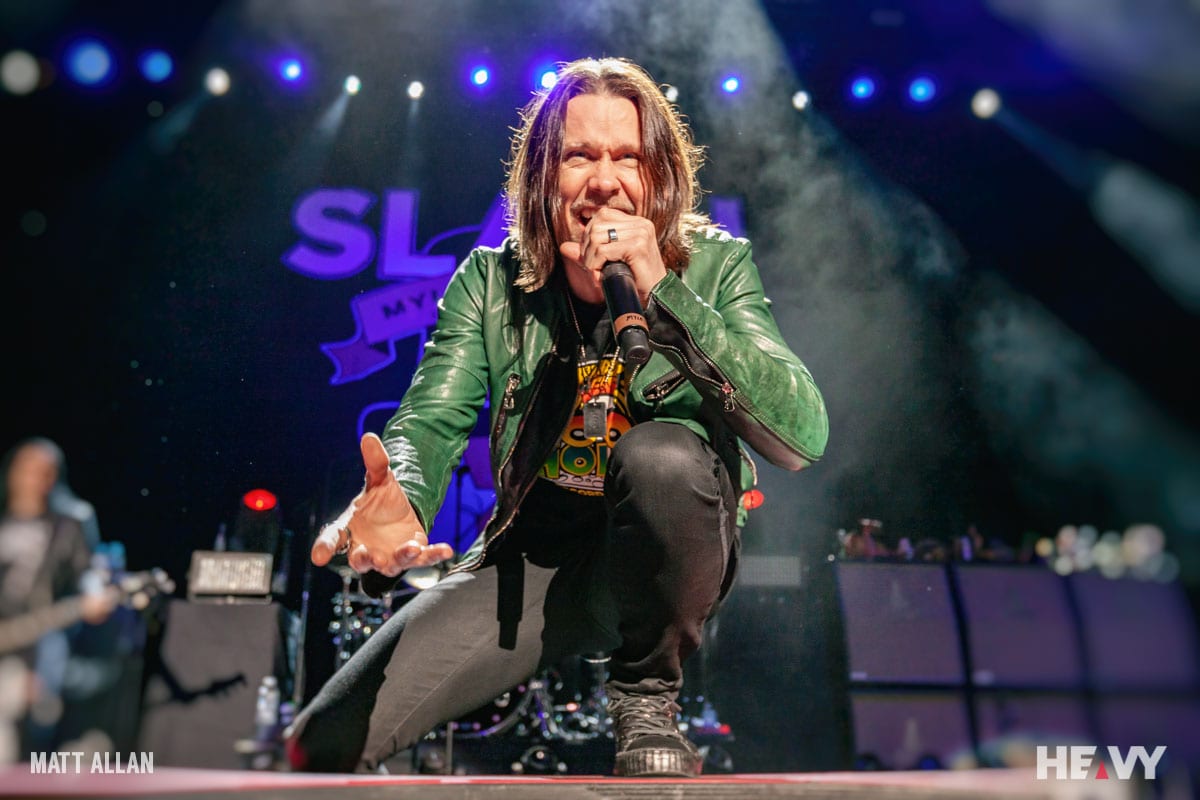 “I only play guitar.” Yes last night Slash actually uttered those words as he took the stage alongside Myles Kennedy & The Conspirators last night in Melbourne. It seems such a humble thing to say from a man that brought a legion of fans out to Margaret Court Arena, a legion of fans that were treated to some good old fashioned Californian alternative rock where the instruments and vocals did all the talking… literally in the case of Slash who barely uttered any words outside of thanking the Melbourne crowd and highlighting what we already knew – that Myles Kennedy is an amazing singer.

It was the night where Melbourne was certainly not short of a few international acts. Phil Collins, The Prodigy and Slash featuring Myles Kennedy And The Conspirators all pretty much playing within 300 metres ago and while it made the tram ride home feel like a can of sardines it was all worth it due to the show that Slash and co put on.

The minimal set at Margaret Court Arena gave you the feeling that you were walking into some kind of alt rock dive bar in California, and it felt great. That feeling was further enhanced when one of the best opening acts that Melbourne has seen for a long time came onto the stage. Seriously New Zealand’s Devilskin are good enough to be headlining shows, this is a band that you need to know about and need to discover very,very quickly.

Devilskin put an absolutely amazing set. It was full of grunt and thick bass lines from Paul Martin while Jennie Skulander revealed herself as a vocal sensation. Sweet melodies and guttural growls that can match it with the best of them brought the crowd to their feet. No matter whether Devilskin were calling for a revolution or singing about heartfelt subjects like suicide or endometriosis every song was pure perfection and they delivered a stunning set to Melbourne last night… I can’t wait to see them at Download.

The crowd was then in for more pure rock bliss when the main act took the stage. The sea of Guns N Roses and Alter Bridge T-Shirts erupted into a huge roar as Slash sauntered onto the stage in a style that matched the dive bar feel. They then launched into ‘The Call Of The Wild’ in a relaxed manner that made it feel like they were merely playing in front of 100 people.

By the time they sunk their teeth into ‘Standing In The Sun’ the crowd were well and truly involved. Dancing (much to the displeasure of a woman who deserved her own meme), singing along and literally doing the ‘we are not worthy’ hail to the stage. With the crowd already in the palms of their hand they then launched into two of their biggest singles ‘Ghost’ and ‘Back To Cali’ the latter delivering what the entire crowd had been waiting for… an epic guitar solo from Slash. Of course more solos were to follow in ‘Doctor Alibi’ (when the double necked guitar came out), ‘Starlight’ which the highlight be the epic solo in ‘The One You Loved Is Gone’ which rightfully got a standing ovation.

Of course though with one of the finest vocalists in the world on stage the night was not only about Slash. Myles Kennedy delivered in the payloads despite by his admission ‘feeling so sick he wasn’t sure he was going to be able to do the gig.’ Despite the sickness he didn’t miss a beat all night and the crowd lapped up all he had to deliver especially on tracks like ‘Driving Rain’ and the Gunners cover ‘Nighttrain.’ Kennedy had the crowd right where he wanted them with a great live rendition of ‘World On Fire’ and one of the highlights of the night – ‘Anastasia.’

The other star of the night was Todd Kearns who stepped up to do the vocals on both ‘Read Between The Lines’ and ‘We Are All Going To Die.’ He had a charismatic persona that made him seem like a frontman in his own right and it just went to show what a strong group of musicians that Slash has surrounded himself with at the moment and the results are out of this universe.

Just like Kearns stepping up to the mic variety was the spice of the night but this group of talented musicians were on fire all night. No matter whether they went down the slow road with ‘Bent To Fly’, sped things up to a hectic pace with ‘My Antidote’ or even introduced a bit of a country tinge on ‘Serve You Right’ they couldn’t put a foot wrong all night and the result was a damn fine night of rock that these guys deservedly should be proud of. 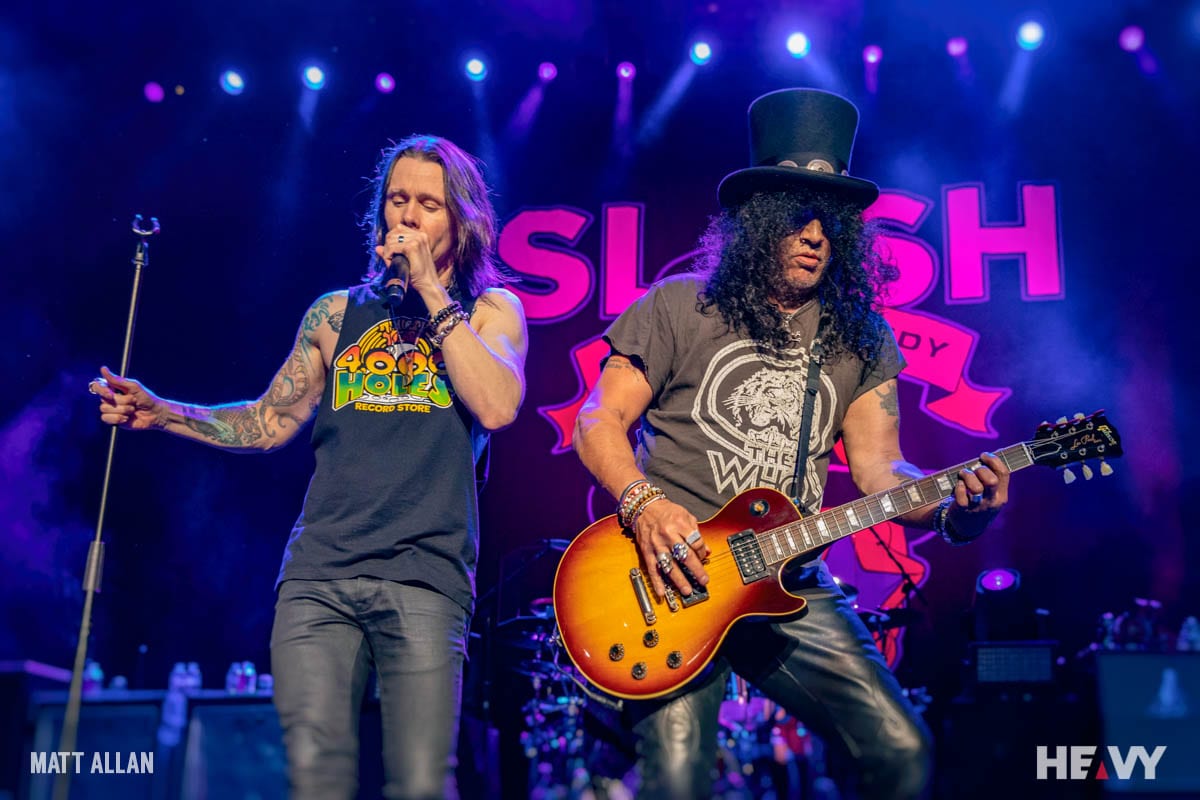