Live Review + Photos: SKINDRED and CKY at The Manchester Academy, Manchester on 22/5/18 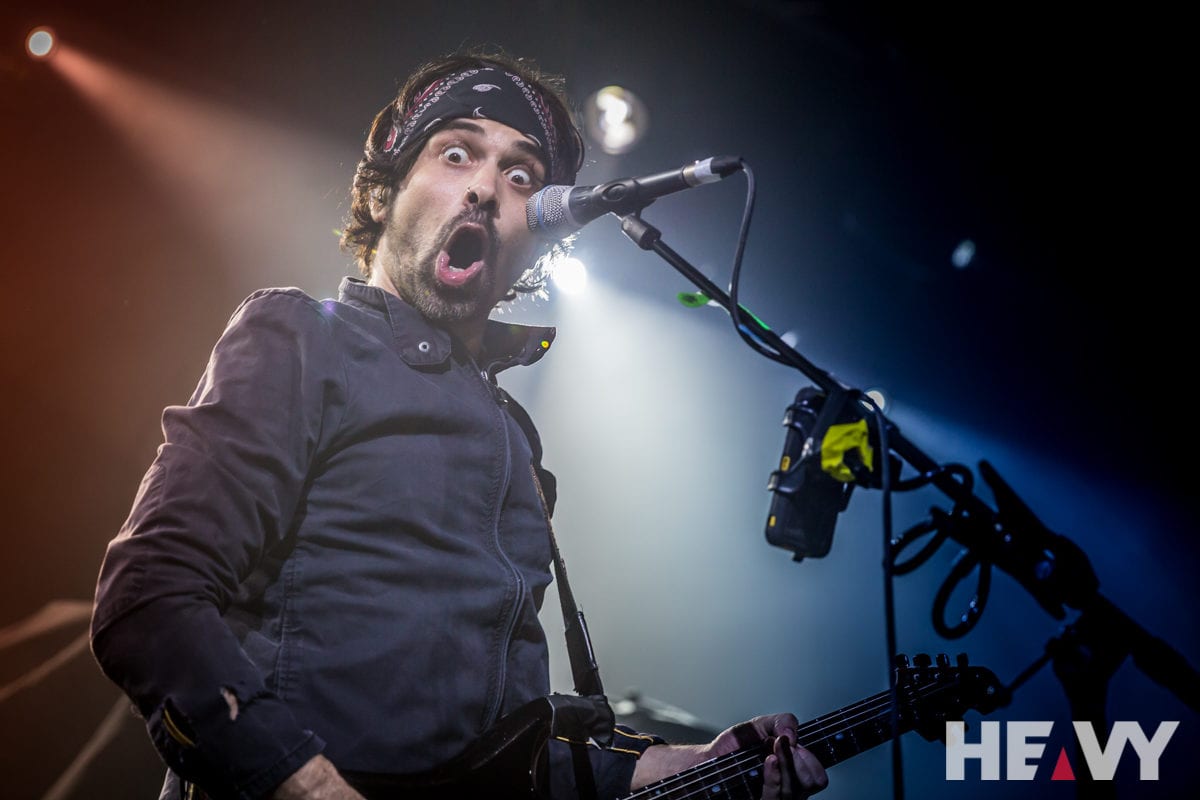 The Manchester crowd are expecting “Big Tings” as they pack out the Academy for Newport’s finest, Skindred, with support from CKY and Danko Jones.

The venue is only around a quarter full as Danko Jones take to the stage, and those present were treated to a career spanning set from the Canadian rockers. A highly experienced act – Frontman and guitarist Jones formed the band in 1996 and focused the early years on performing live instead of releasing any albums. An energetic and engaging performance saw them win over the early arrivals, with First Date and the as yet unreleased Crazy the highlights of the set.

I can’t be the only one who thought, “Wow, CKY are still going!” As singer Chad I Ginsburg comments later in the set, “You know, they do that song that goes…” Before humming the intro to 96 Quite Bitter Beings. This was an anthem to those of us who got into Rock music in the early 2000s, and familiar with anyone who was a fan of the MTV Show Jackass or who played Tony Hawk’s Pro Skater 3! Perhaps due to the band’s lack of UK tours over the years, there is a healthy amount of CKY fans in attendance, breaking out into chants of CKY in between songs. The skate punk heroes interaction with the crowd ensured they were suitably warmed up for tonight’s main event.

How do you define Skindred? Ragga Metal is probably the best term I’ve heard. Fusing Reggae, Metal, Hip Hop and Dubstep might sound like an absolute car crash to those unfamiliar with the band, but Skindred manage to pull it off and on stage is where the band really come to life.

Big Tings – the title track from Skindred’s upcoming album – kicks things off. One of their more radio friendly offerings, it’s pounding drums and funky guitar riffs have the crowd moving from the start. With a more commercial sound on this record, they are sure to win over a new legion of fans, especially when they play the main stage at this year’s Reading and Leeds Festivals.

Theirs plenty of old-school fans in the house – a headcount by lead singer Benji Webbe was massively in favour of fans who had seen them before – so the trio of tracks from debut album Babylon (Stand for Something, Selector and Pressure) went down a treat, as did the breakdown of Pressure remixing into AC/DC’s Back to Black.

Benji is one of the most enigmatic frontmen in the scene today, demanding as much energy from the crowd as he gives them. The new songs definitely feel like they have been written with the live show in mind, and the reaction to Machine and That’s My Jam gave you the feeling these songs had been out for years and not ones that are due to be released this week.

Saying it Now was a rare change in pace, a very emotional and personal offering, with the track written about one of Benji’s friends who had passed away. The stripped back nature of the song allowed Benji to show off a different side of his vocal ability.

The party atmosphere soon returns, slipping samples of The Prodigy into Kill the Power and Metallica’s Sad But True into Roots Rock Riot, and even Boom! Shake the Room into Warning.

Every Skindred fan knows that when set-closer Warning starts, it’s time for the Newport Helicopter. Originating at Download Festival 2011 – after being asked not to whip the crowd into doing anything dangerous such as a Wall of Death – Benji came up with the idea of everyone taking off their shirts and swinging them around their heads. It’s truly a sight to behold, and whilst a few other bands may try and copy it, much like everything else – nobody does it quite like Skindred. 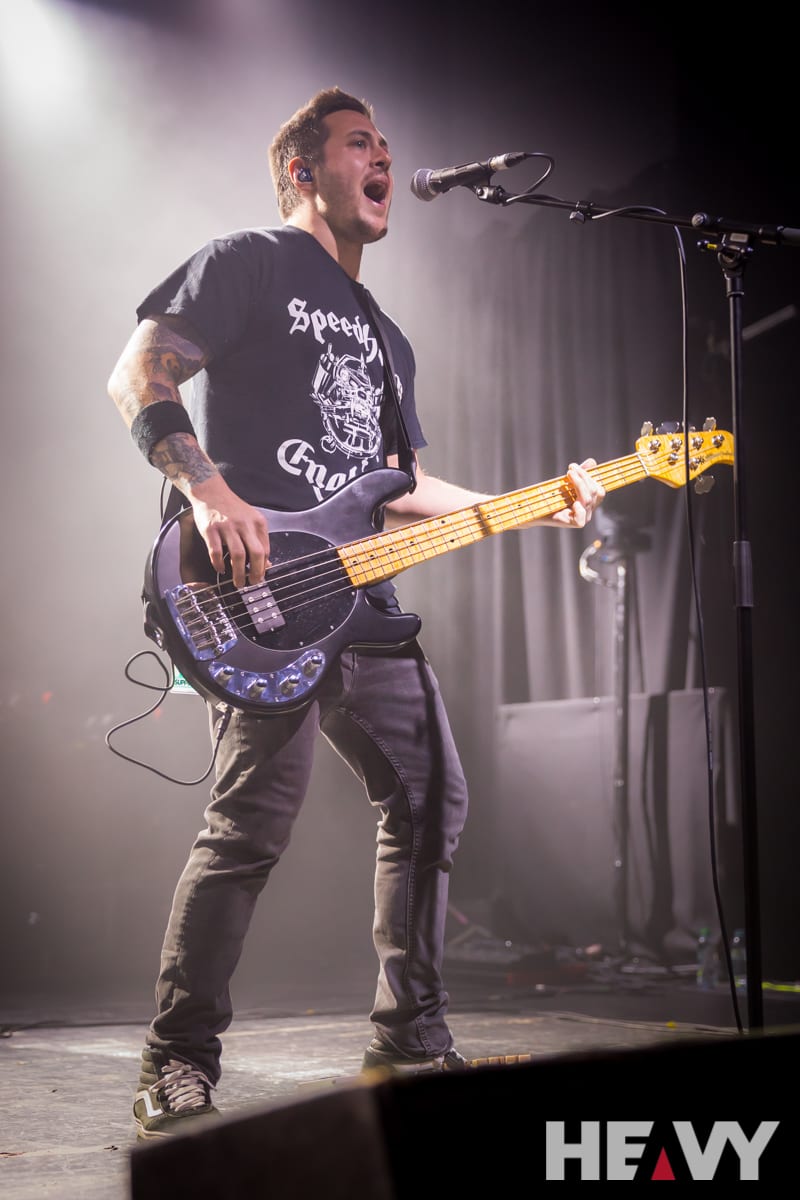 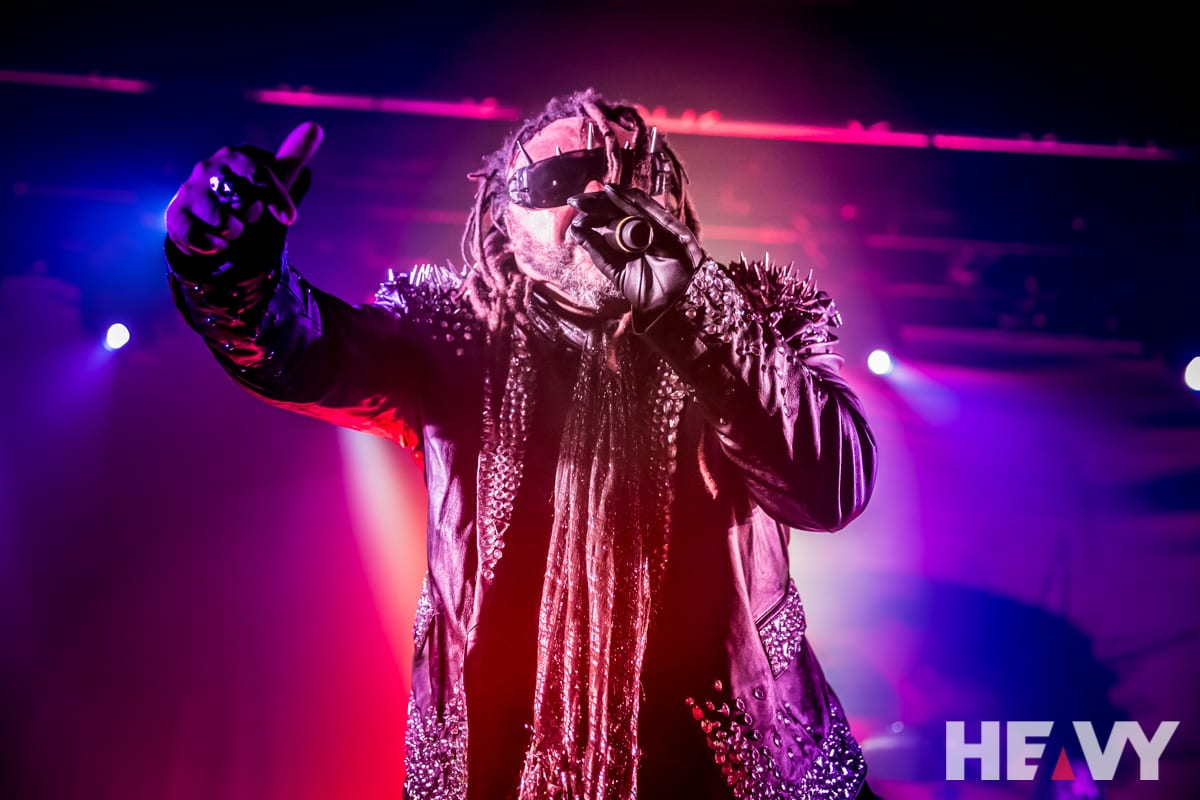 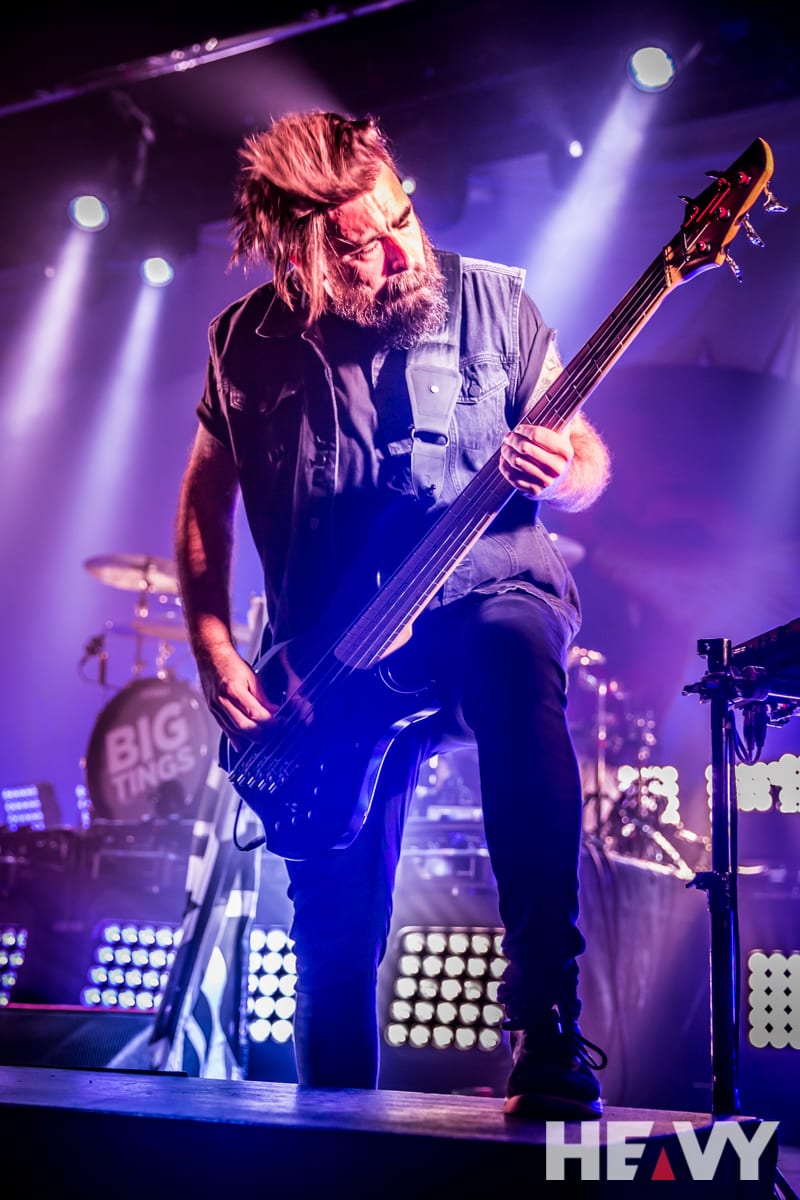 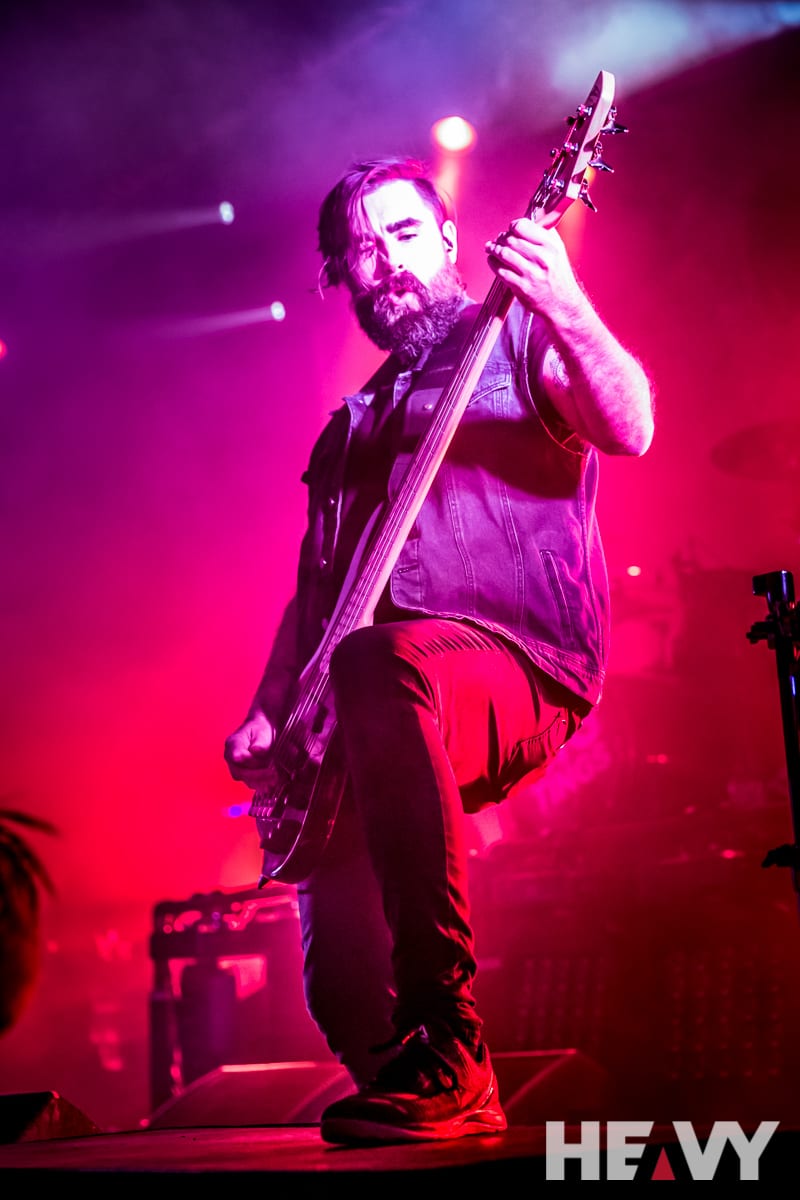 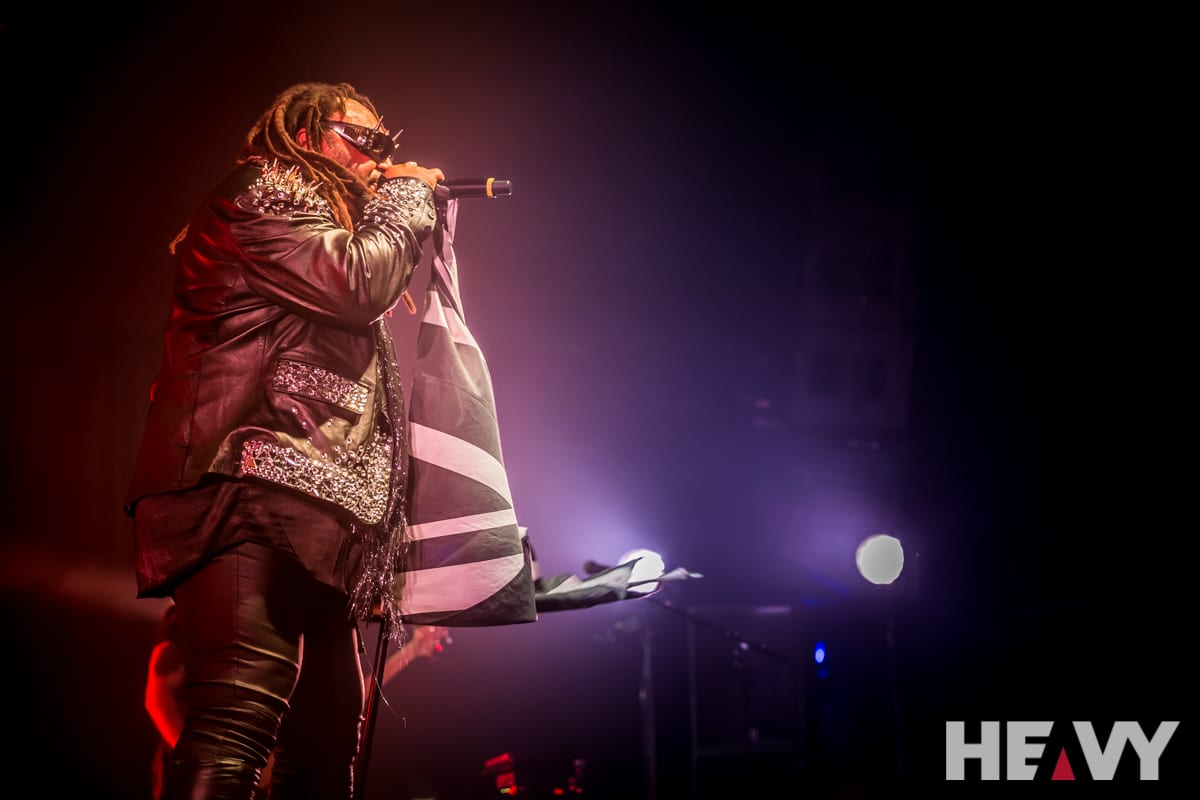 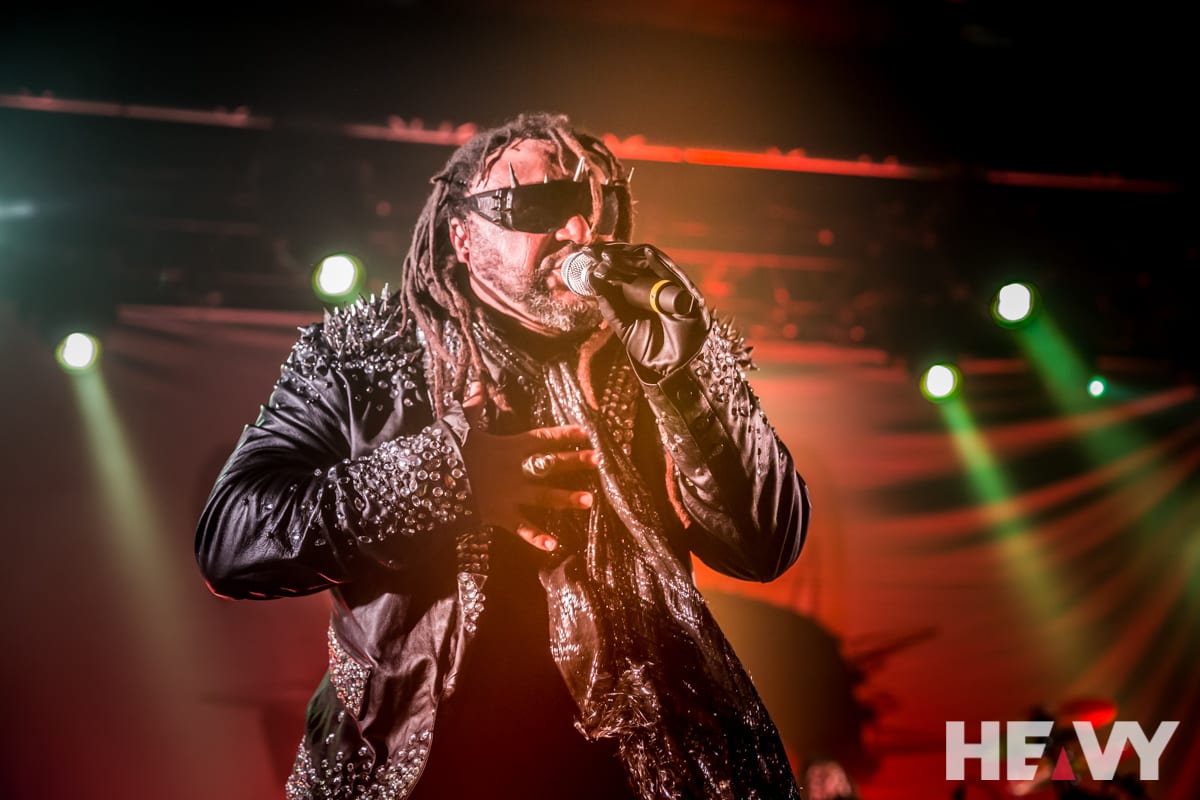 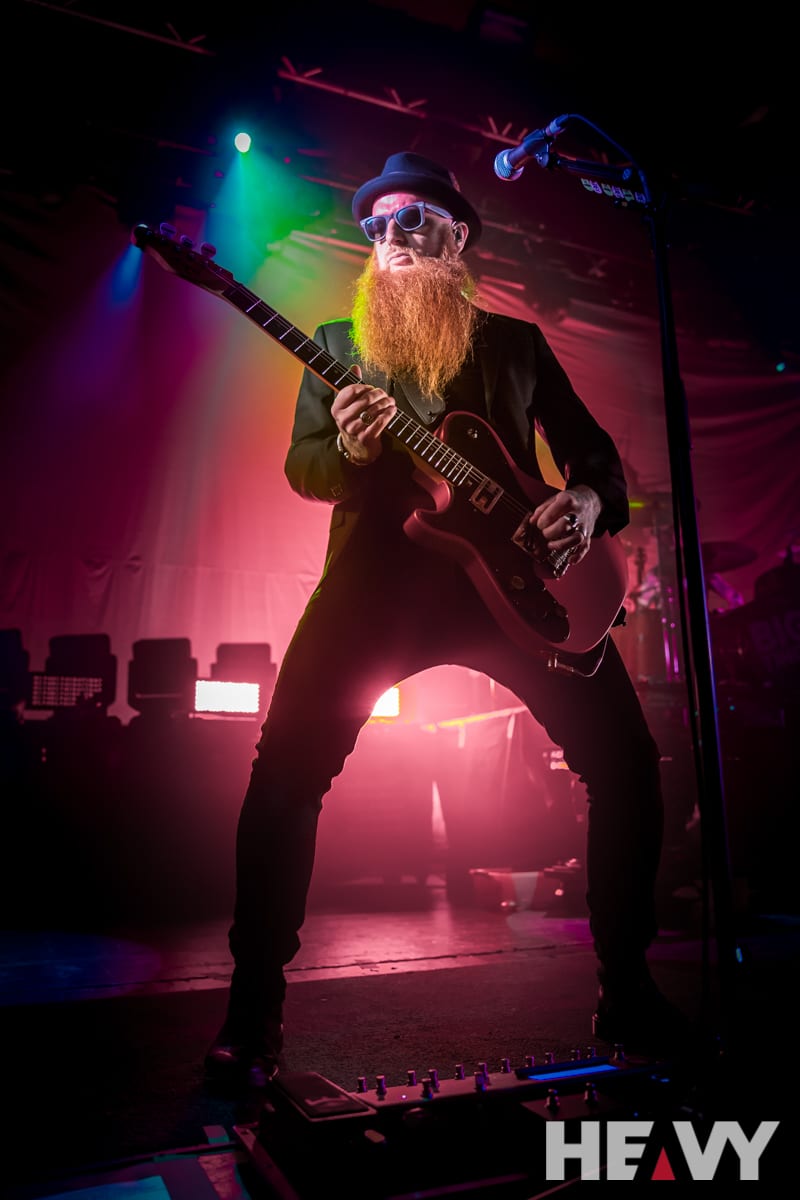 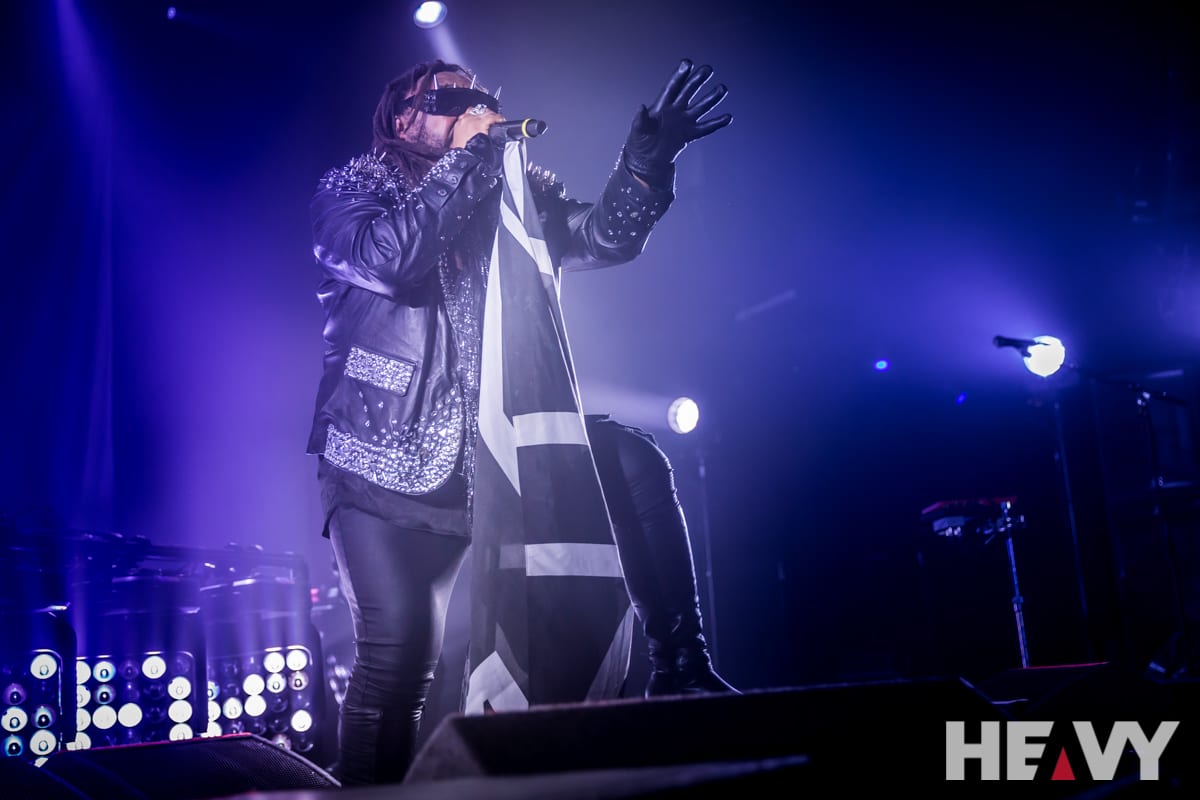 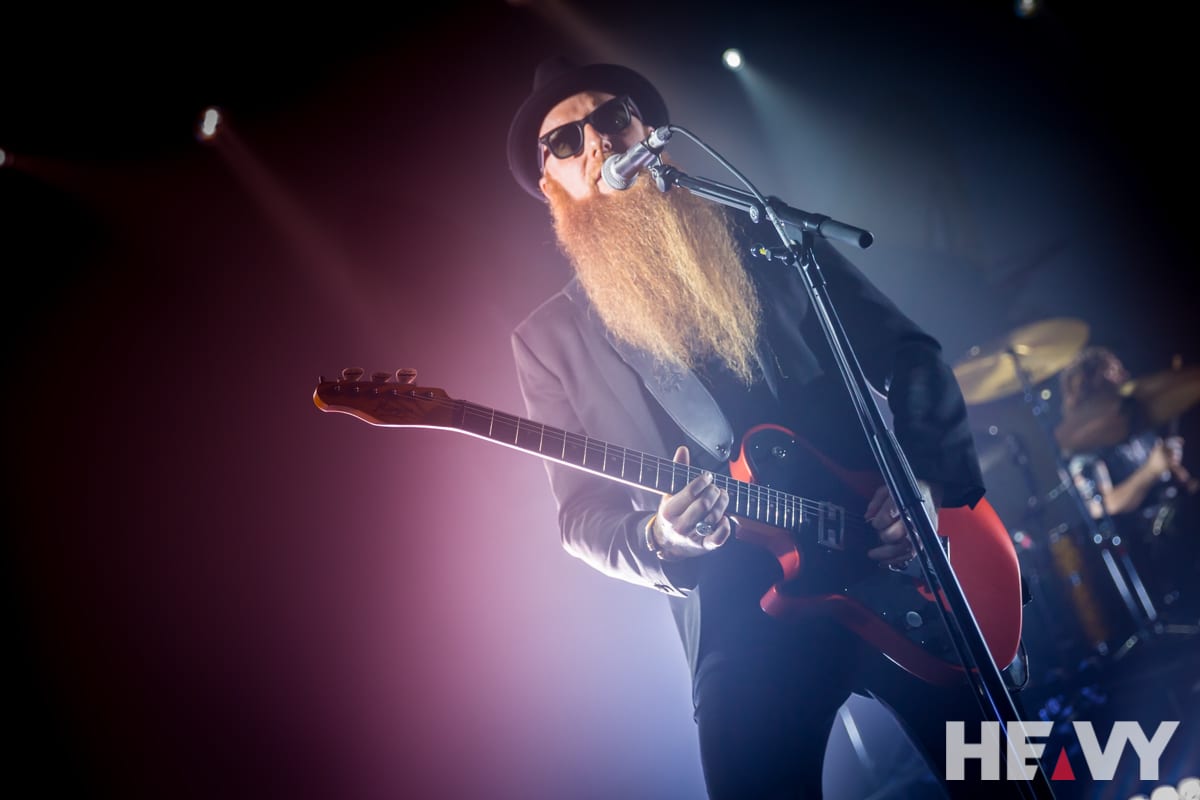 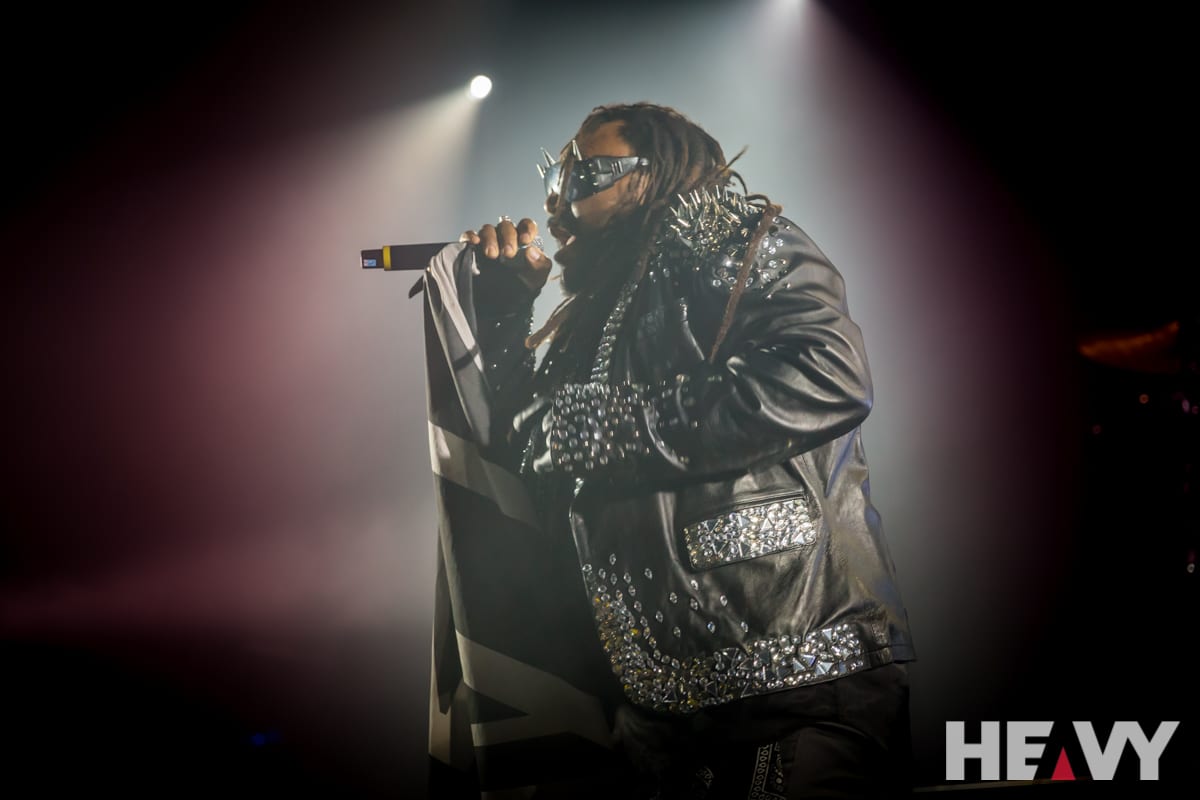 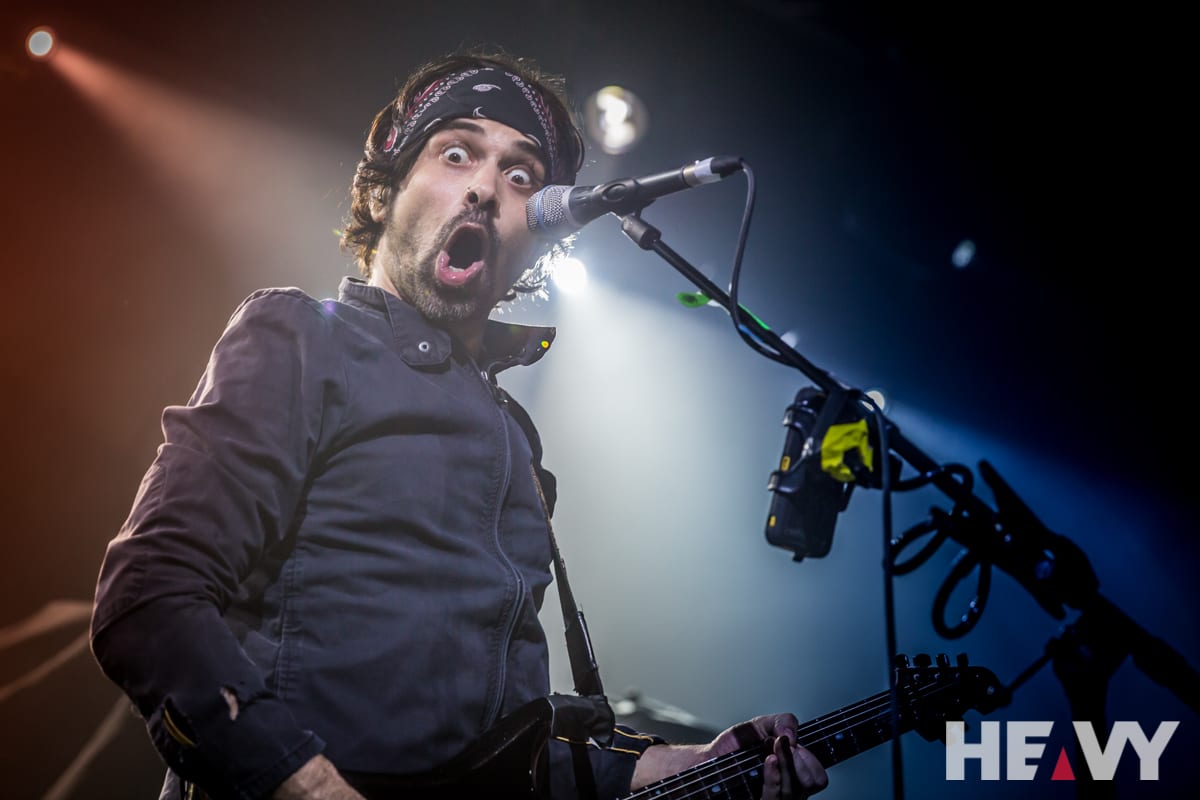 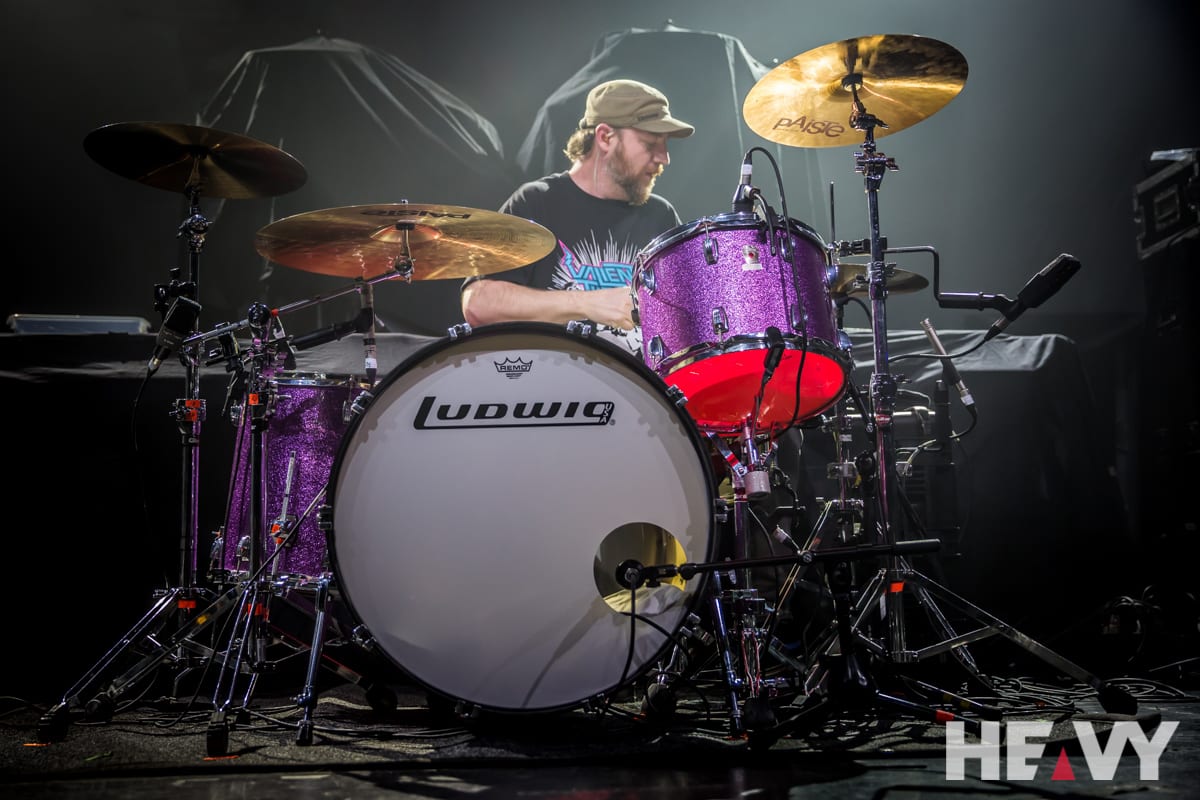