SKIN.INC Return With Life’s A Bitch 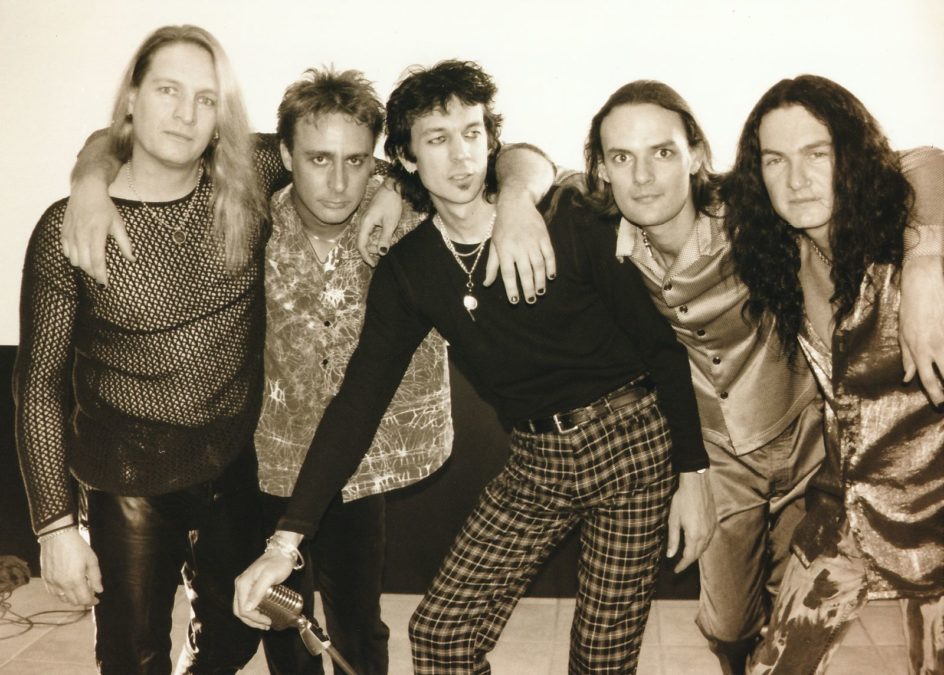 Formed in the winter of 1999, SkinInc. quickly hit the Perth music scene with a bang. Their fourth gig was played from the middle of a speedway to 5,000 racing fans, and their biggest performance was at Australia’s Big Day Out festival in the year 2000 with 35,000 people – not bad for the band’s twelfth gig.

Hard rock fans loved their theatrical live show that entertained crowds with triple fire-spits over the crowd by lead guitarist Stevie D., shenanigans from jocular rhythm guitarist Corey Hodgetts, and the ’Drum Rod’: picture a drumming interlude on a kit setup with mag wheels, smoke billowing through silver exhaust pipes on both sides, topped with a crash helmet on their otherwise nude drummer Matt Franklin.

SkinInc. went on hiatus when frontman Paul Miles relocated his baritone vocals from Perth to Melbourne, where he became an imminent rock DJ in the city’s clubs and bars (like Cherry’s halcyon days in AC/DC Lane for more than a decade.) Furthermore, as a writer, he’s authored ten rock ‘n’ roll books and was asked to contribute to Mötley Crüe’s autobiography The Dirt that’s sold more than a million copies – you’ll see that he gets “the biggest thanks of all” in the book’s Acknowledgements page.

It took a global pandemic to reignite the band in the middle of 2021. Following the sad death of SkinInc.’s original bass player Geoff Lewis five years earlier, long-time friend Shane Johnstone [Ultra Sound, Supernatural, Atmosfear] has joined them on bass, who is also an experienced singer and songwriter.

Now, after 20 years, SkinInc. have released their first single in two decades, Life’s A Bitch, which can be seen below.