“Yeah, it did,” measured Skillet frontman John Cooper on the surprise breakout success of their album ‘Awake’. “What really took me by surprise was the record before which is called ‘Comatose’. “Comatose’ wasn’t as big as ‘Awake’, but ‘Comatose’ didn’t have a single radio hit on it. We were trying desperately to get played on rock radio and rock still wouldn’t play the band and didn’t really like us for several reasons here and there but we had a big following. We had just reached that tipping point…”

In the full interview John goes deeper into the answer to that question, discusses the upcoming tour and the major differences in the live show since they were last here in 2011, the strains of constant touring, the musical climate that gave birth to the band, the evolution of sound that defined their first three albums, what a Grammy nomination does for a band, the new album and more. 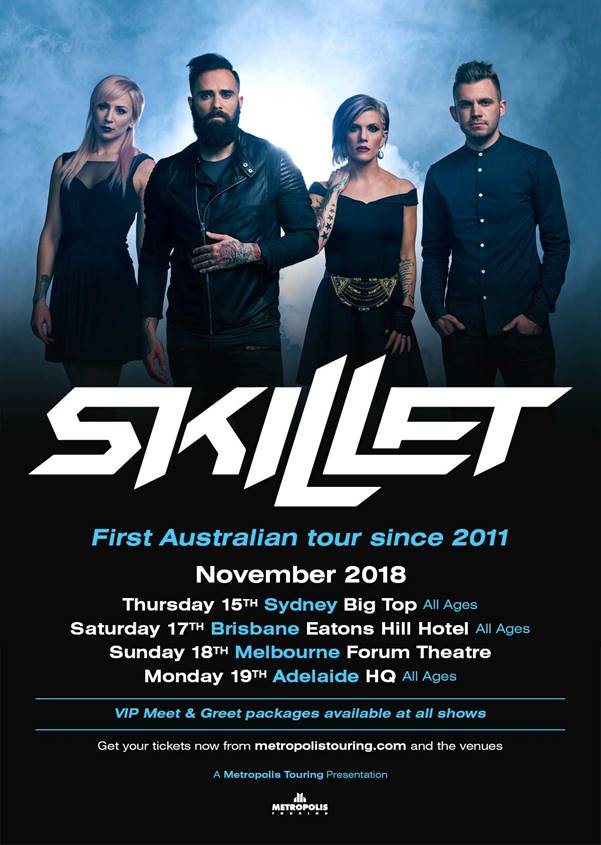