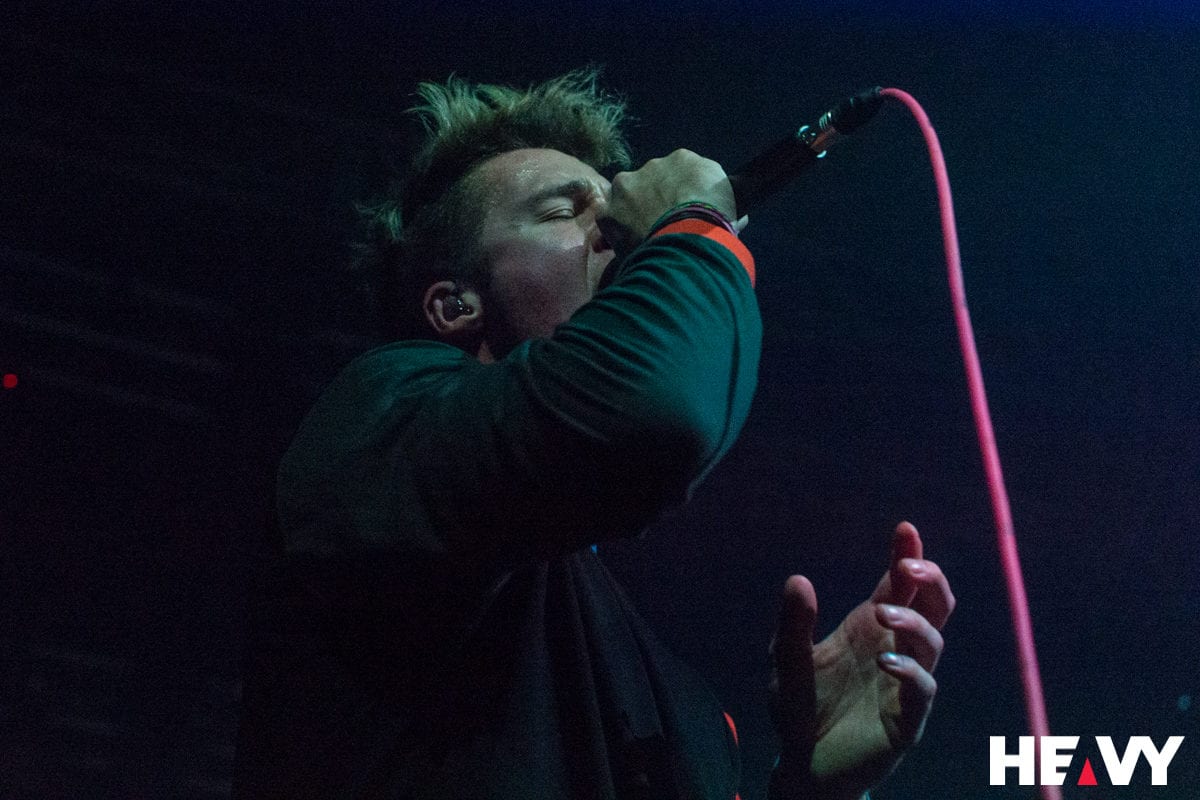 Canadian road-warriors Silverstein and Comeback Kid hit 170 Russell Wednesday night and were greeted with a heroes welcome by a midweek Melbourne audience that was ready to scream themselves hoarse to every word.

Comeback Kid exploded onto the stage with a thunderous rendition of “G.M.Vincent and I” off of 2011’s Symptoms + Cures, and in an instant the 170 Russell floor became a mass of flailing limbs, as a predominantly mid-20’s – late 30’s crowd cut loose in reverence to the finest melodic hardcore band on the planet.

As Vocalist Andrew Neufeld stalked the stage like a man possessed, the band launched into a frantic “False Idols Fall” from 2005’s legendary ‘Wake The Dead’ inspiring a legion of crowd-surfers hellbent on overcoming the tyranny of the overzealous security team to get a moments glory in the form of a mic grab. “Surrender Control” from 2017’s Outsider and “Do Yourself a Favour” off of 2014’s Die Knowing were both greeted with similar enthusiasm, with the pit remaining well and truly activated throughout, in a testament to the enduring quality of the Winnipeg natives output, recent single “Absolute” proved to be one of the highlights of the night, with Neufeld asking the crowd “to shake their asses” and the audience finding themselves left with no choice to comply by the tracks gargantuan groove.  The grey hair may have been starting to show on some in the pit, but the grey matter was clearly working just fine, as a ferocious version of Comeback Kid’s first ever track “All In A Year” brought the OG Comeback Kid’s to the front, prompting Neufeld to get up close and personal with the front-row. It’s hard to quantify exactly what it is that Comeback Kid do that other bands of a similar sound don’t, but whatever it is, it serves as a musical shot of adrenaline that leaves you feeling more alive with each riff that comes out of Jeremy Hiebert’s guitar.

There’s a communal connection that you can feel at every Comeback Kid show, a sense that you’re in the room with hundreds of kindred spirits.  Nowhere is that connection on display more than when they play their signature song “Wake the Dead” which served as tonight’s closer. From the moment the octave chords of the intro hit, the room hit a fever-pitch that very few bands could ever hope to inspire.  As the crowd shouted the chorus back at a deafening volume, you could see the elation of relived youth on every single face.”Merci beaucoup”, Comeback Kid.

Very few bands in the world could follow Comeback Kid and if I’m being completely honest I was sceptical that Silverstein could ever be one of those bands. Thankfully, seeing is believing and what I saw from Silverstein was a very impressive punk rock show.

Walking out to an ear piercing blend of squeals and applause, Silverstein impress from the get-go with “Ghost” and “Massachusetts” filling 170 Russell with a rush of energy, with vocalist (and Lead Singer Syndrome podcast host), Shane Told nailing the high notes while wearing a massive grin rivalled perhaps only by those on the faces of the front row. Silverstein are significantly heavier live than on record and the added crunch makes for a more dynamic listening experience with tunes like “Smashes into Pieces” and “Smile in Your Sleep” benefiting greatly. The band are clearly beloved down-under,  a fact Told refers to multiple times across a set that services fans old and new equally. Usually fans wouldn’t be receptive to a band this far into their career playing new material, but Silverstein’s new record Dead Reflection is one of the top three records they’ve released and the fans clearly think so too, with the likes of “Lost Positives” and “Retrograde” responded to with equal fervour as classic cuts.  With only one line-up change in their 15 year history, Silverstein are very comfortable in their own skin and the camaraderie between members makes for a jovial experience that feels akin to a rather large house-party full of old-friends.

A brief acoustic mini-set consisting of “Arrivals” (with  Paul Marc Rousseau taking the lead) and “My Heroine” (Shane Told’s voice is nearly drowned out by the adoring crowd) provided respite before Silverstein whipped the room into a frenzy via a Midwestern State of Emergency and Broken Stars” before making a brief exit. Reemerging for an encore consisting of arguably their best song “Discovering the Waterfront” and new single “Afterglow”, Silverstein ensure the night ends on the kind of high that only an epic double-headliner can.

Earlier in the night locals Earth Caller and Belle Haven had the task of warming up both the stage and the crowd with the former’s savage metal-core proving the perfect heater on a bitterly cold winters night and the latter’s more melodic take on progressive post-hardcore ensuring our larynges got a good warm up. Vocalists Josh Collard (who made a brutal cameo during Comeback Kid’s set) and David Vernon know how to put on a show and both their bands sound as good if not better live than they do on their records. Go and support them both before they blow up.