Shooting From The Hip With MEMPHIS MAY FIRE 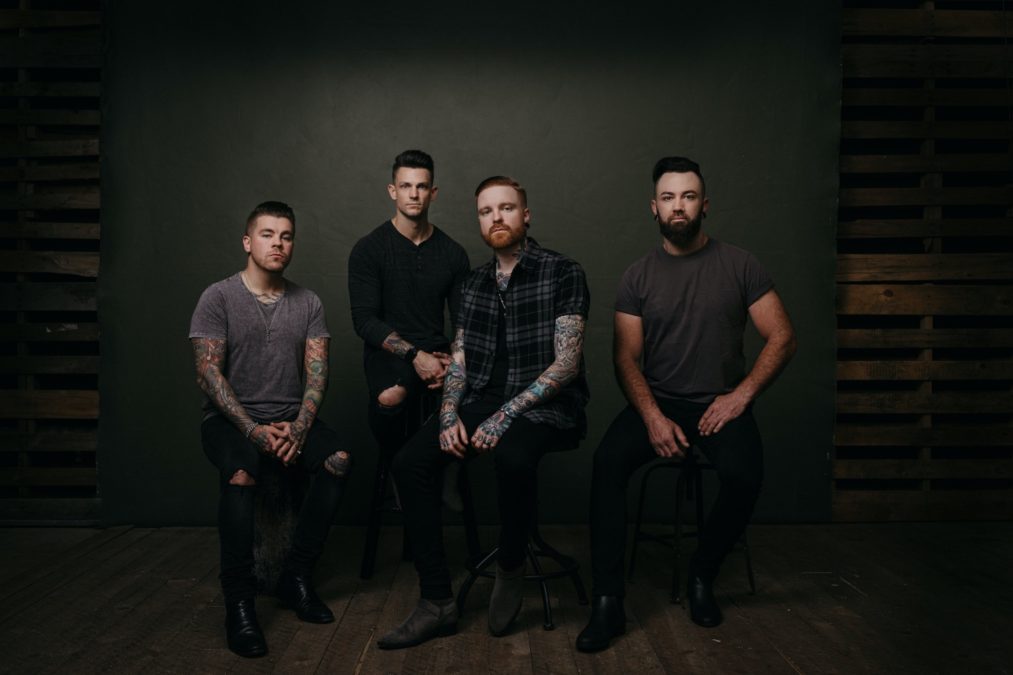 Memphis May Fire are a band that truly wears their heart on their sleeve and puts their money where their mouth is.

So much so that every single released from their recent album Remade In Misery was accompanied by a piece of charity-driven merchandise that helped raise money for causes close to the band’s heart.

Remade In Misery continues the trend of heavy rock inspired music, confronting issues such as violence, anxiety and polarization with an empathy that makes each song relatable to the average music loving individual.

A band that self-profess “makes music for the broken’, Memphis May Fire prove that you can still rock the fuck out while remaining true to your beliefs.

Frontman Matty Mullins sat down with HEAVY to run through the release, starting with if he agrees with the statement in the press release that Remade In Misery is Memphis May Fire’s heaviest album to date.

“Definitely,” he nodded. “I guess everybody has their own definition of heavy, but for all of us in the band, we all agree it’s definitely our heaviest record yet.”

One of the ways the band did that was by going back to their core sound, a process which Mullins simplified.

“For us, as a band, we started out as something, and then we changed a lot of the years with experimenting and trying new things,” he measured. “Going back to our core with what gave us our start – which was heavy Memphis May Fire – is something that we’ve been wanting to do for a long time and didn’t know if it was the right path for us to take, but going through the pandemic and having all this time to rediscover us as a band and us as people gave us the courage to say we’re gonna make the record that we wanna make. We’re gonna make it ourselves, Kellen‘s gonna produce it, we’re gonna write it in our houses and our studios, and we’re just gonna do this. And we did. That’s how we got back to the core.”

In the full interview, Matty talks about the early response to the album, having Cody Quistad from Wage War help with the writing process, the guest spot from AJ Channer from Fire From The Gods, the lyrical content and conveying those thoughts through music, the charity driven merch and where to get it, having someone in the band produce and mix the album, their motto of connecting with the broken hearted and how they go about achieving that and more.

PrevPrevious.Embracing Change With FAREWELL TO FEAR
Next.THE 69 EYES Get Slippery On New SongNext