Shaping The Beauty Of Metal With KALLIDAD 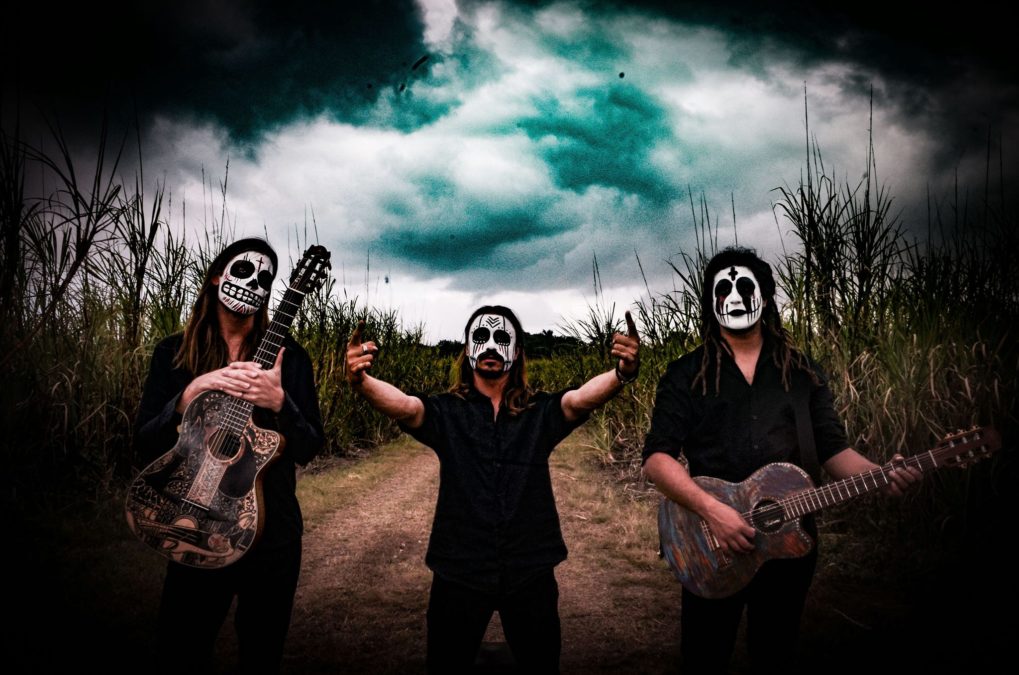 Isn’t it funny how a genre of music that is supposed to be as far removed as you can get in terms of attitude and acceptance still has a stereotype?

Not that it is blatantly obvious and bickered about like some genres, but most metalheads have an unwavering belief that to be heavy metal you must play electric guitars and generate an almighty racket while simultaneously not giving a fuck about anything at all.

When a trio of metal loving, Spanish guitar playing gentlemen dare rain on that parade you can just bet that the average metalhead in the crowd would take that as akin to a personal attack, right?

Wrong if you said right because you think Spanish guitar has no place in heavy metal, and even wronger again if you think their brand of instrumental music would struggle to compete on a sonic and aggressive level.

Kallidad have been traversing the globe on an epic voyage of musical discovery, taking their style of music to a wide land of opportunities that are only limited by the restrictions you impose on yourself and others.

They return to the stage n their home country on February 19 as part of the Metal Alliance Festival to be held at Sydney’s Factory Theatre, joining bands such as Temtress, Demonhead, Pure Envy and Warrior Within.

It is a bold move by organizers to extend the invitation to Kallidad to play, and a seemingly braver one again of the band to accept.

To dispel that notion and prove why, HEAVY was joined by guitarist Jason Jonas earlier this week to delve into the world of this unique and supremely talented band.

“I think you’ll find that we are just as powerful and energetic as any Marshall stack or any eight-string guitar,” he countered, “and we all come from a metal background. So we have a deep love and appreciation of metal, and it’s my personal biggest influence and always will be. We’ve just done something different with the bones of the festival and when Alex from the Metal Alliance Festival first approached us to book us I congratulated her because I’ve always thought that Kallidad should be spending more time in the metal community as a band and the fact she decided to take that risk and not only book us, but gave us one of the premiere spots on the festival I said it shows really great judgement because it is heavy metal music and heavy metal music is a style of playing. Its not just about how much distortion there is on the instrument.”

In the full interview Jason talks more about Kallidad’s sound and how it successfully slots in at any festival regardless of the composition of the other bands, where their sound came from, how they harness the might of metal in the beautiful and intricate sound of the Spanish guitar, concealing their identities on stage and the reasons behind it, conveying emotion through music without a vocalist, new music and more.