In early 2017, Sevsons released their debut album ‘Ad Infinitum’ to critical acclaim, celebrating the event with a hugely successful hometown headlining show. The band utilized time spent between supporting huge acts such as Protest the Hero, Closure in Moscow and Hemina, by writing for their upcoming record. The band are now set to release the lead single from this record, titled ‘Myopia’, produced by Stevie Knight of Electric Sun studios. To coincide with the release, the band will be playing their biggest show to date, supporting UK progressive giants Haken in Sydney on September 30th at Factory Theatre – tickets available at davidroywilliams.com.

In creating their new single ‘Myopia’, Sevsons have refined their songwriting skills,
further developing their unique and intricate blend of progressive rock, fused with song defining riffs and catchy anthemic choruses. A lyric video for the track, designed and produced by Dead Letter Circus frontman Kim Benzie will follow the track’s release. The track is available now in iTunes and Spotify.

Based west of Sydney in the Blue Mountains, Sevsons (pronounced Sev-suns) blend heavy, driving guitar riffs with the complex and ambitious song writing that’s become a hallmark of modern progressive rock. Powerful soaring vocals underpinned by complex and unique bass and drum arrangements culminate in brooding and resounding songs which are elevated by memorable and anthemic choruses that are bound to have the listener singing along.
Sevsons have fused the elements of modern progressive rock with tasteful hints of catchy post-hardcore and rock songwriting which makes each song a journey that ebbs and flows, between foreboding and mesmerising ambient sections, to the dizzying heights and crescendos of monumental, catchy and anthemic choruses.

Founded in 2014 as a post-hardcore outfit originally known as Seasons, the band established a foothold in the local scene and released their debut work ‘For Truth and Glory’. In late 2015 the band underwent a transformation, moving into the realm of progressive rock, and as a reflection of the change, taking on the name Sevsons. In 2016 Sevsons became a force in the Sydney music scene, supporting established Australian prog outfits Circles and Orsome Welles and even headlining their first show, capping off the year supporting progressive rock powerhouse Caligula’s Horse at a sold out Newtown Social Club.

‘Myopia’ is available now in iTunes and Spotify and tickets are now available for the HAKEN show with Sevsons in support on September 30 at Factory theatre at davidroywilliams.com. For more information, go to facebook.com/sevsonsofficial. 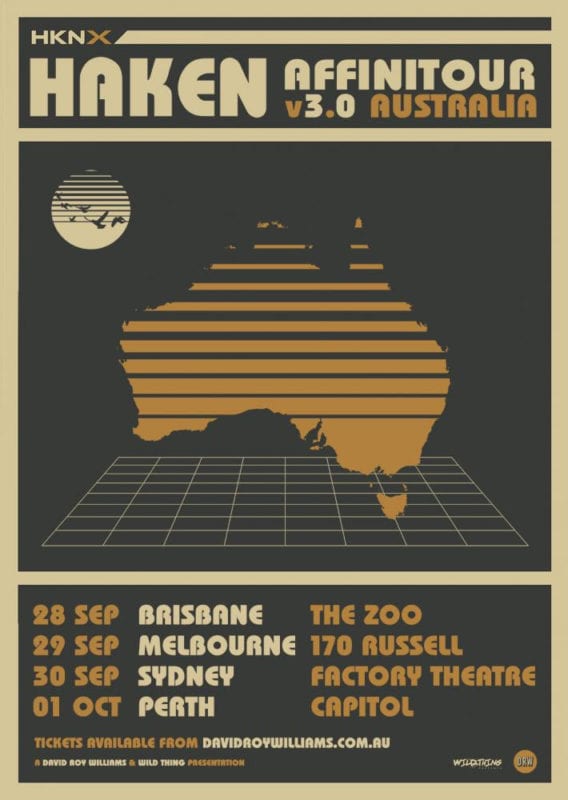