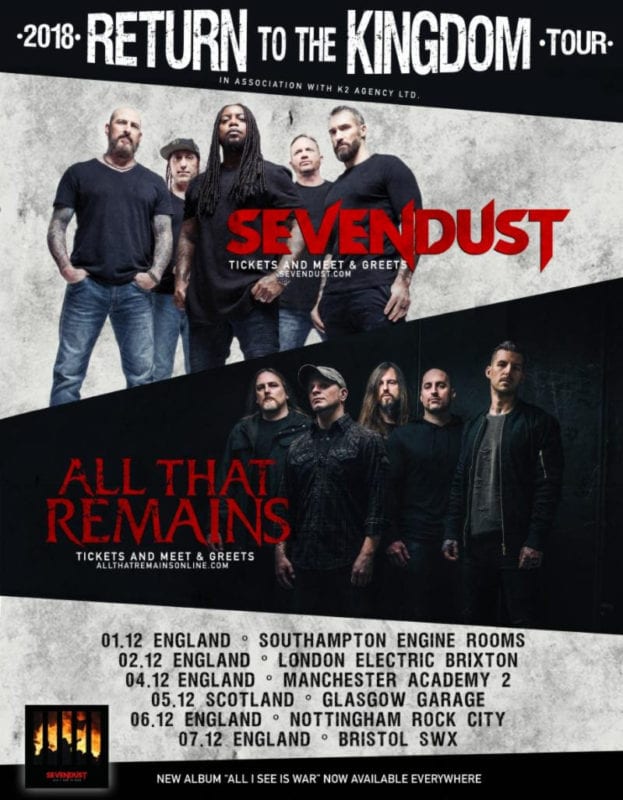 Rise Records group SEVENDUST have today announced their long-awaited return to the UK for a co-headline tour with All That Remains this December. These will be the band’s first UK dates since 2011. Promoting their recently released new album All I See Is War, SEVENDUST will close all shows.

Tickets for the ‘Return To The Kingdom’ tour go on general sale from 10am, Friday 13th July, with pre-sales now available. Dates are as follows: 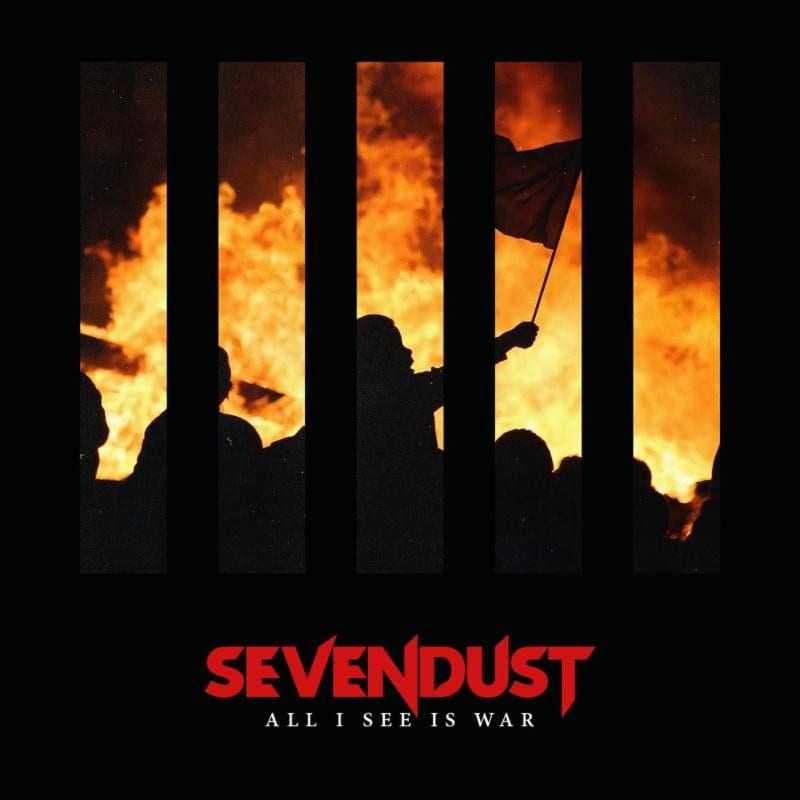 SEVENDUST’s twelfth studio album, All I See Is War has picked up notable critical acclaim, with Rock Sound stating, “impeccably slick… the quality of these songs remains undeniable.” Kerrang! added, “a surprisingly contemporary return,” praising frontman Lajon Witherspoon as “the velvet-throated singer sounding every bit as impressive as he did at the turn of the millennium.” Total Guitar laud the band for “consistently strong albums, packing heavy hooks, soulful vocal harmonies, and inventive rhythms,” while Classic Rock praised “the Atlanta band’s best album in years… a solidly emphatic musical statement.” Upset championed SEVENDUST’s history, complimenting, “Twelve albums in, they still know how to rock.” Powerplay awarded the album a 9/10 score, declaring it a “masterpiece of sound… emphasising the band’s artistry to its full potential.” As for the live show, when Metal Hammer caught their set at a major US festival this year, they bestowed a 9/10 rating and called them, “one of the day’s best bands.”

Check out some new tunes from ‘All I See Is War’
Talking about new track ‘Medicated’, guitarist John Connolly explains, “The subject matter is a bit different. Porcupine Tree’s ‘Fear Of A Blank Planet’ is arguably one of my favourite records. The idea is similar to ‘Anesthetize.’ These pharmaceutical companies have made it so everyone is hooked on something. You don’t even know why you’re on these medications. All of last year’s horrific suicides were linked to a pill. Think about the opioid crisis. It asks, ‘Can we just stop?’” ‘Medicated’ followed in the footsteps of second pre-release single ‘Not Original’, which has clocked up over a million views to date on the Rise Records YouTube channel alone, while the video for the album’s debut single ‘Dirty’ has now racked up over 3.1 million views on the channel since its mid-March release.

Having notched up three gold albums and a 2016 Grammy nomination for Best Metal Performance, 2019 will mark SEVENDUST’s 25th anniversary. 2018 sees the band – still with their original line-up – showing no signs of slowing down yet.