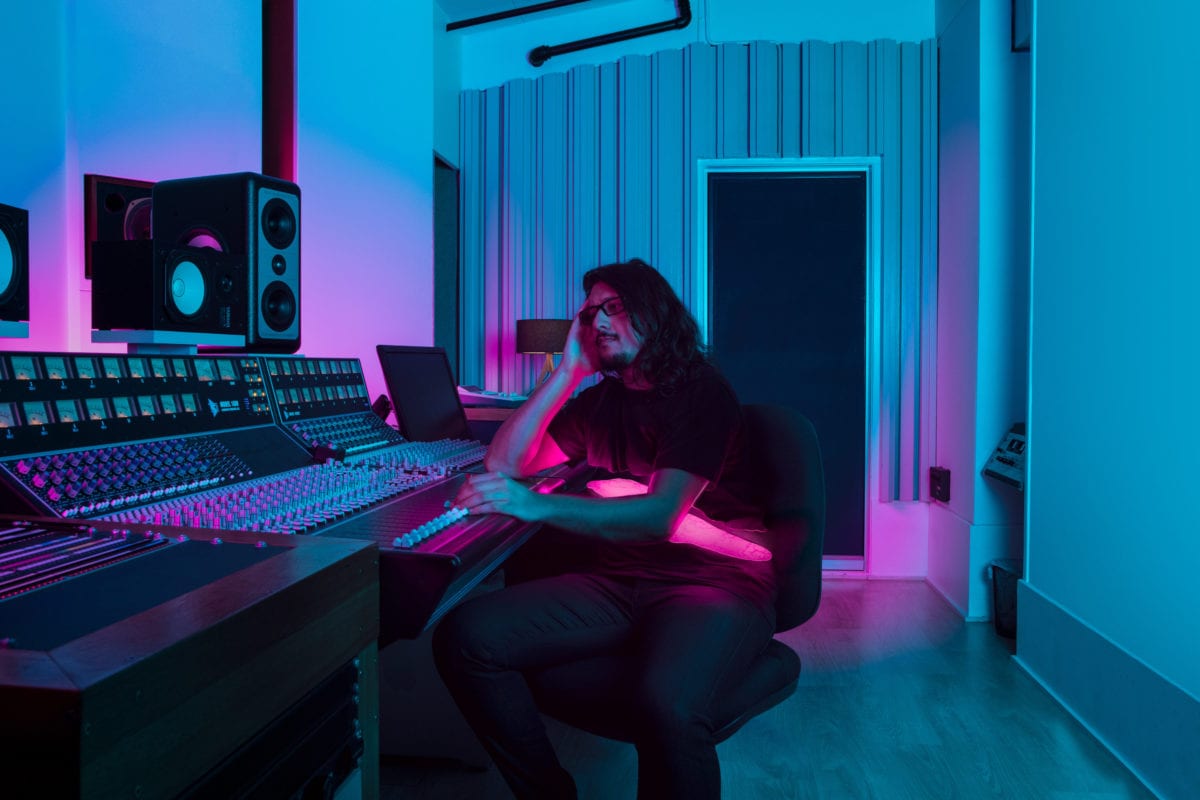 The first single, ‘Cyan‘, is brutal return to form from the Sydney outfit – opening with stabbing punk guitar chords, before a dump truck load of bass is dropped into the mix, and their signature brand of controlled chaos throttles you for the next 8 mins.

It’s a brilliant next step in the evolution of a band that began as the brainchild of Sydney multi-instrumentalist Simeon Bartholomew, and has turned into one of the country’s most explorational and formidable outfits.

Initially conceived as a one-man, studio project when Bartholomew released its debut, self-titled album in 2012, the band expanded into a ferocious live act for the follow up record, II in 2015.

Today SEIMS stands as a full force onslaught with some of Sydney’s most talented musicians, as evidenced by the insane power of ‘Cyan.’ And although the entire record was once again written and produced by Bartholomew, this time he shared the reigns during its recording performance, including appearances from SEIMS touring members as well as guests from sleepmakeswaves, Hinterlandt, Fat Guy Wears Mystic Wolf Shirt, and more.

As ever with the music of SEIMS, there’s much more going on in its construction that what merely appears on the surface. A grandiose record in its scope, 3 is thematically based around the CMYK colour model (‘Cyan,’ ‘Magenta,’ and ‘Yellow‘), each track on the record existing as its own micro-album, and when mixed together, creates ‘Imperfect Black‘ – a collaboration with fellow Sydney musician Wartime Sweethearts, who for the first time brings vocals to SEIMS. This track utilises the themes and riffs from the previous three tracks; an incredibly complex approach, but it is beautifully tied together by a romantic nuance that leads it to flow from track to track.

3, which is set to be released on Bird’s Robe Records (sleepmakeswaves, The Red Paintings) and Art As Catharsis (We Lost The Sea, Adrift For Days) was recorded and mixed by Sydney’s Tim Carr (We Lost the Sea / Matt Corby / Dr. G Yunupingu) and mastered by the legendary Jeff Lipton (Battles / Tyondai Braxton / City & Colour).

Having forged a reputation as a live powerhouse, as well as recently supporting the likes of Regurgitator and Tortoise, SEIMS are guaranteed to tour Australia later in the year, as well as having locked in a debut tour to Japan, ensuring they’ll be bringing the power of 3 to the public.

SEIMS’ 3 sees release on 26 October through Art As Catharsis and Birds Robe Records.

The first single from the album, Cyan, is out now.