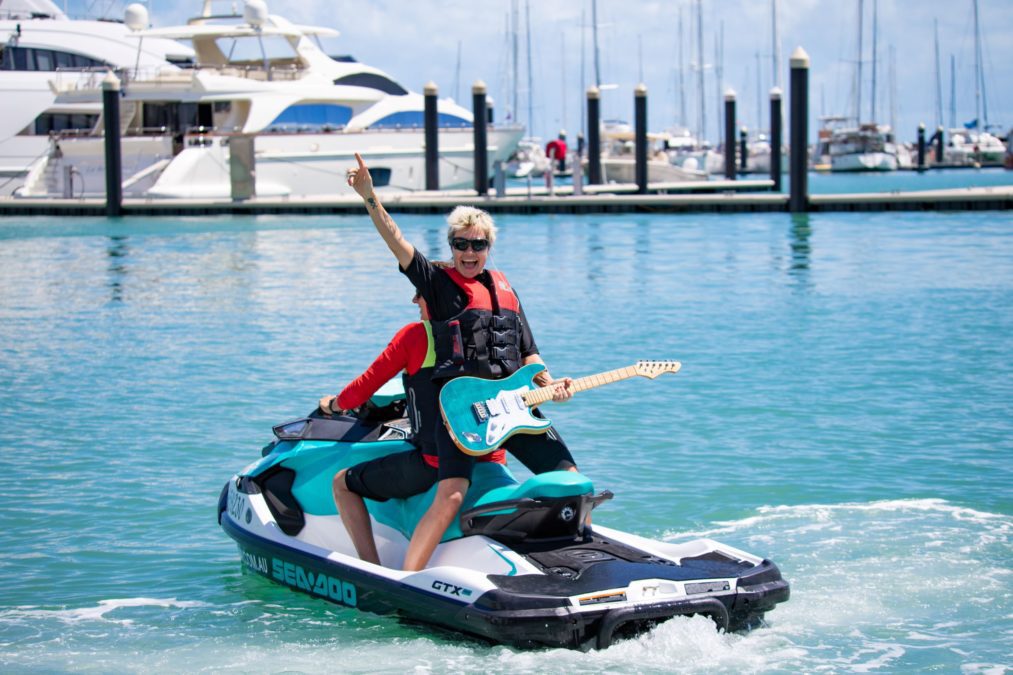 Festival founder, Gavin Butlin, said he was immensely proud to announce McLeod as the 2022 ambassador, effectively cementing her as the face of the milestone anniversary event.

“We have had some amazing artists representing us over the last 10 years, but to now be working with
someone of Sarah’s standing is next level,” he said.

Having first performed at the Airlie Beach Festival of Music with the Superjesus in 2019, McLeod returned solo in 2021, with an additional unplugged-style set at the event’s boutique after-party, and as a star judge for the national ‘Passport to Airlie’ talent search. When the opportunity to be the 2022 ambassador arose, she literally jumped at it.

“I’m privileged to have played at so many great festivals and I know people love them all for different reasons, but the Airlie Beach Festival of Music is my personal favourite,” she said.

As well as promoting the Airlie Beach Festival of Music in the lead-up to and during the 2022 event, McLeod will once again play the after-party on Monday, November 7, and judge the ‘Passport to Airlie’ finals in the main tent on Thursday, November 3.

Fans who can’t wait for November will be able to see her perform alongside the likes of Spy V Spy and Bongo Starkie’s Skyhooks Show, at the festival’s satellite event ‘Party Bands in Paradise,’ hosted by the Whitsundays’ Cape Gloucester Resort from April 1-3.

Party Bands tickets cost $190 for a three-day pass or $250 including on-site camping.

Early Bird passes to the main Airlie Beach Festival of Music are on sale for $275 until midnight, Monday, March 28.

PrevPrevious.Cruise Your Blues Away With TIM GAZE & THE ROUGH DIAMONDS This Sunday
Next.ANY GIVEN DAY Face The Apocolypse On New SingleNext