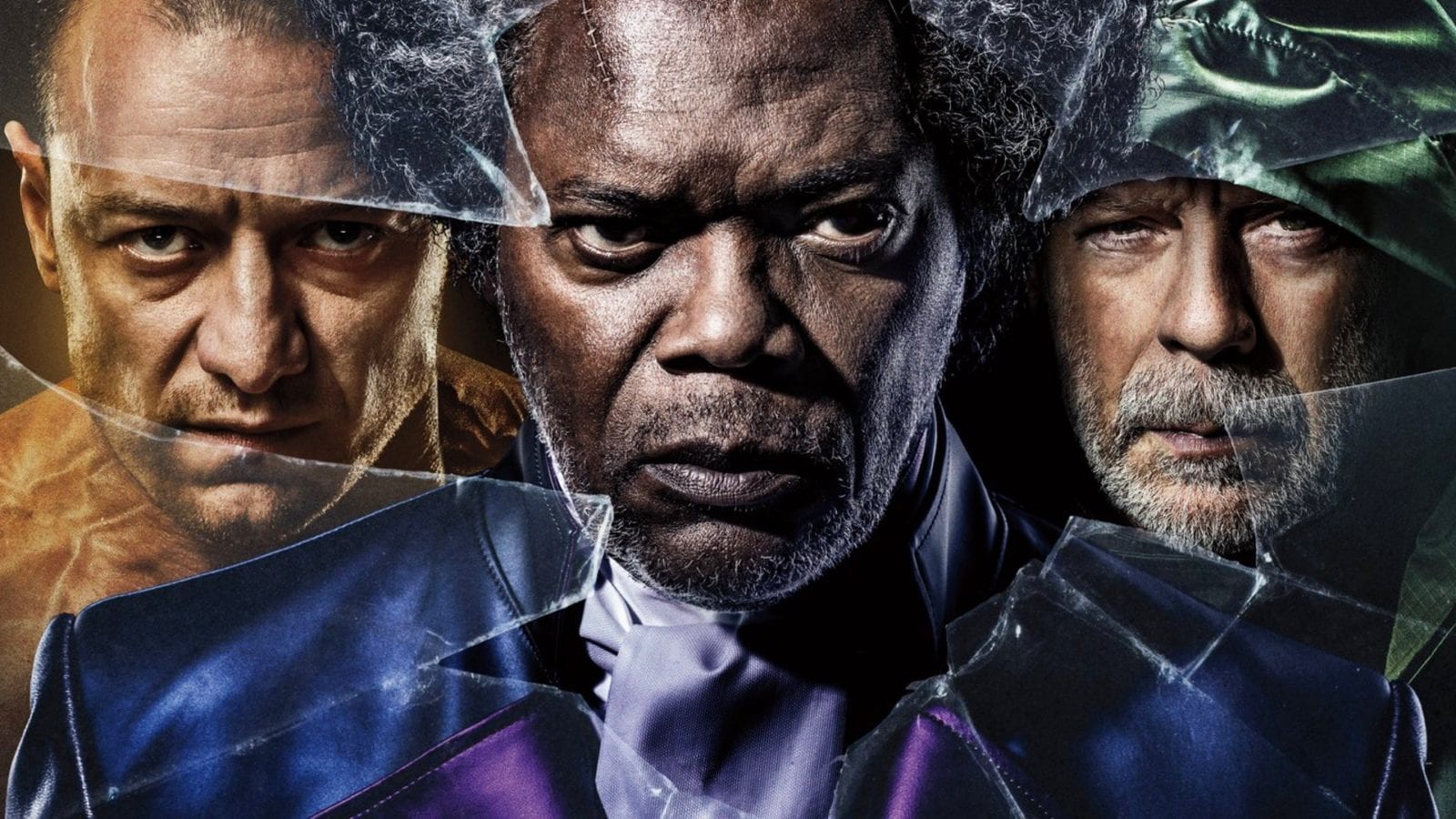 When Bruce Willis (Die Hard, Pulp Fiction) appeared in the post-credit scene of 2016’s best psychological thriller Split the audience knew that once again they had been tricked by director M. Night Shyamalan (Signs, Lady In The Water) and that they were currently in the middle of a trilogy of films that also included his 2000 thriller Unbreakable.

From then cinema lovers right around the world started to count down the days when the trilogy would close with a formidable cast of Willis, Samuel L. Jackson (The Hateful Eight, Jackie Brown) and James McAvoy (Filth, The Last King Of Scotland). That day has now come with Glass and both Jackson and McAvoy are only too happy to sit down and give their thoughts on the film.

“I think it is a culmination of the story,” says Jackson when he talks about how Glass fits into the trilogy and what it was like to go back and re-visit his character. “As part of the trilogy it will give the audience that have followed the other two stories a sense of closure and hopefully it will be what they been anticipating. It is always great to re-visit and it gives you a sense of comfort to know that you can cloak yourself in the things that define a particular character. There is a lot of anemography that helps define a character. He has that chair, people will recognise that chair and when the hairstyle changes in the film it is a case of ‘okay now he is that guy as opposed to this guy that we have been watching.”

For James McAvoy Glass once again sees him face the daunting task of once again playing The Horde – a character made of 20 different personalities whom are all very different. “It is daunting,” admits McAvoy when discussing his role. “But the whole thing about Kevin as a character is that he finds the whole world overwhelming. What becomes specifically tricky about playing many characters is when you have to transition one into another on camera and in front of the audience. You are not doing it seamlessly because there is definitely a seam but there is a cut.”

“What was great when I got the script for number three was that it was taking the super-heroes and the super-villain archetype and putting them in a very different kind of movie,” he says when talking about the new direction that Glass takes the genre into. “I think that is exciting because I think if you are going to keep having super-heroes on the screen then you need to start putting them into different environments and different situations and this film certainly does that.”

The conversation turns to what it was like working with two screen legends like Samuel L. Jackson and Bruce Willis. “Working with Samuel L. Jackson, man, I don’t know he’s just this uber professional and this uber pro, like he knows how to have fun all day long but also show up and do it at the same time. I don’t know I just love being on set with that guy. People always say he is really cool don’t they? People say ‘he is the coolest guy in Hollywood.’ And he is really cool but I like his professionalism as well. And Bruce is like the most chilled guy I have ever met in my life. He is so relaxed but he is bringing such a heaviness to the part. He actually says in one of his scenes that the super thing that his character does leaves him with a heaviness.”

Glass is in cinemas now.