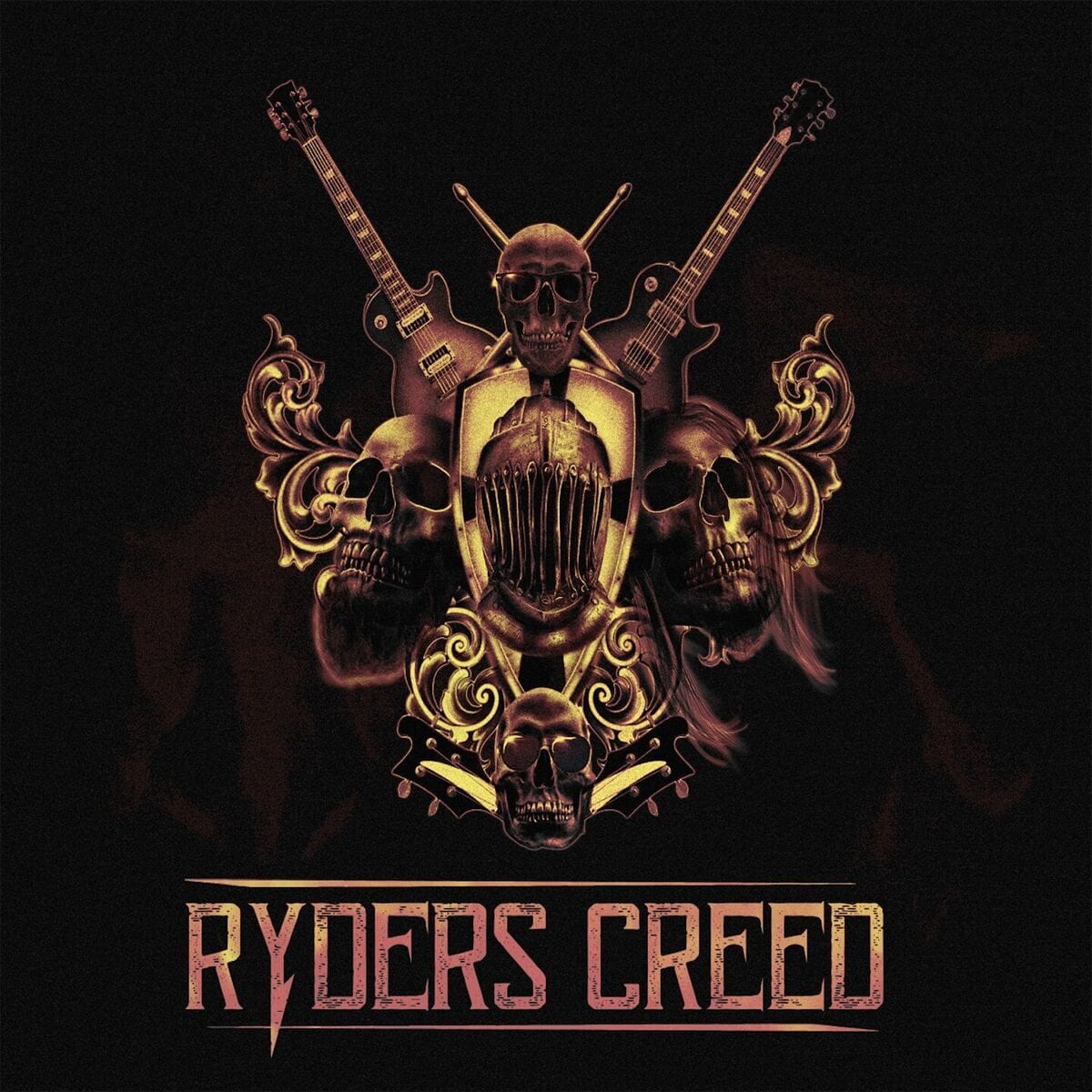 With staunch backing from Hard Rock Hell – having won HRH’s battle-of-the-bands alike Highway To Hell competition 4 months into their bandship, and obtaining a record deal from HRH-affiliated record label Off Yer Rocka Recordings in the process – Ryders Creed are very much the cats who got the hard-earned cream. As we’re slowly watching our beloved heritage bands fade away like shadows battling the sunrise, bands like Ryders Creed are picking up the torch and preparing to lead the way with other rock’n’roll fledglings.

Opening with balls-to-the-wall “Headspace”, the self-titled Ryders Creed thrills with a lip-biting level of strut and jagged-edged riffs that swiftly saunter with a sleaze tone. Vocalist Ryan Antony demonstrates his skill at conjuring vocal melodies that glide with a velvet-smooth ease, whilst maintaining densely thick command of the robust wall of instrumentation that backs him, as in the devilishly dirty “RISE”.

An album filled to the brim with defiant rock’n’roll Cinderella tales, “Set You Free” plucks the sunshine blues of AC/DC’s Highway To Hell, whilst “My Life” swaggers with a villainous son-of-a-bitch groove à la Slash’s Snakepit. Meanwhile, acoustically dusted “The Only Thing I’m Good At” simmers with a desert plain heat, narrating Ryders Creed’s die-hard commitment to rock’n’roll, with Antony promising that he’ll ‘transcend all the legends as [he] make[s his] own way’ (HEAVY will hold him to that).

“Ryder” nips with the old-time boogie rumble of Queen’s “Tie Your Mother Down”, complete with the relentless muscularity of Richard Clark’s bumbling bass, whilst the lyrically clichéd, no-prudes-allowed “Begging For More” creates a chasmic rhythm that crashes with devastating weight.

Delivered with sucker punch gusto, Ryders Creed have truly brought home the bacon for fans who supported the production of the album via PledgeMusic and sizzled it to a fine crunch.