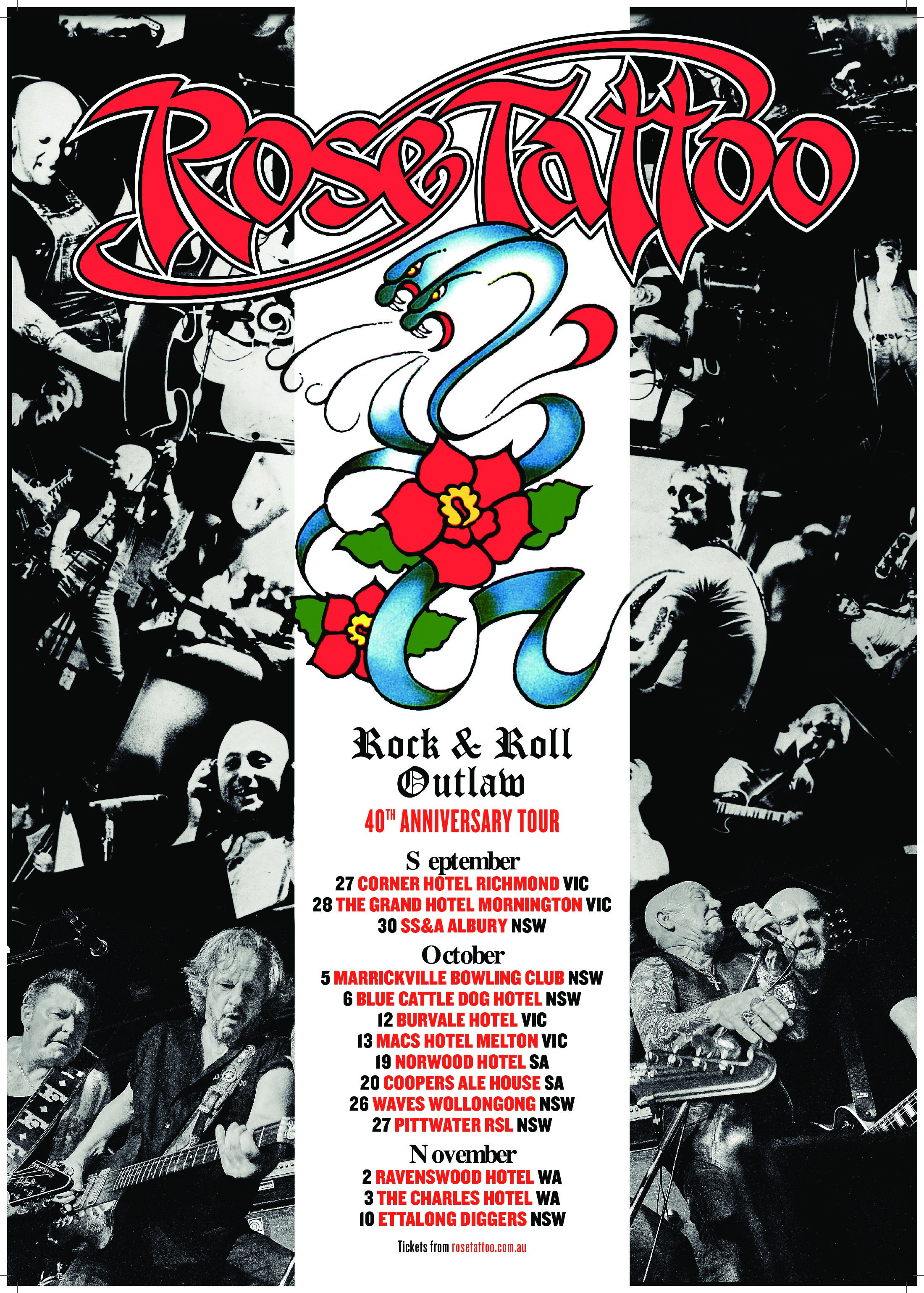 ‘Rock N’ Roll Outlaw’, was recorded at the famed rock ‘n’ roll Alberts studios, produced by the legendary team, Vanda & Young and, released through Albert, Repertoire Records in late 1978. The bands debut album, reviewed as  “A dangerous, unpredictable, monster of a record whose power has hardly diminished an ounce in the decades since”.  Spawning anthemic songs like ‘Nice Boys’ (Don’t Play Rock ‘n’ Roll), ‘Rock N’ Roll Outlaw’, ‘One Of The Boys’ and, ‘Bad Boy For Love’, this album cemented the band’s foundation for the years to come.

Now, 40 years on, Rose Tattoo are proud to announce their Rock N Roll Outlaw 40th Anniversary tour heading out around Australia in September, October and November.   An explosive set will cover the album in its’ entirety and ignite their audiences inner rock child.