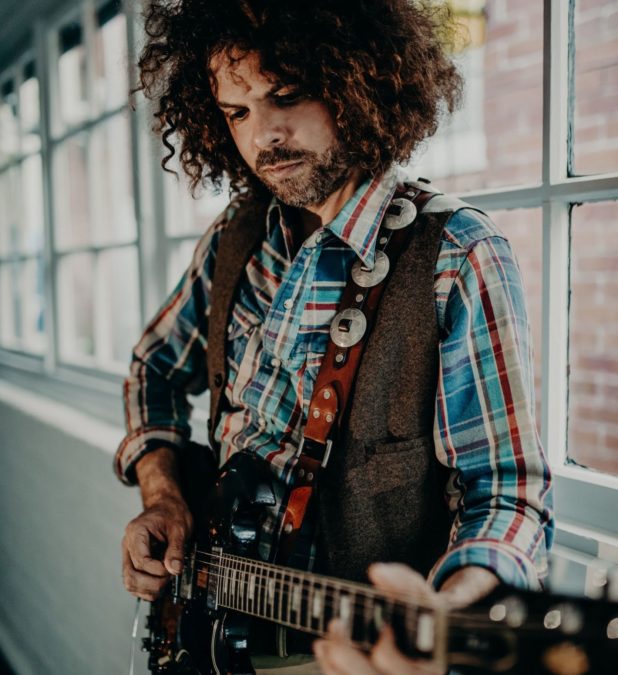 “I didn’t wanna get deep and meaningful. I didn’t wanna be carrying the weight of some kind of profound lyricism. I just wanna write something that is gonna be good to play at soundcheck after you’ve driven eight hours.”

Wolfmother have always very much been a musical outlet driven by Andrew Stockdale.

His vision, drive, and passion saw Wolfmother catapulted to the top of the rock charts following the release of their self-titled album – in Australia in 2005, and internationally in 2006 – which spawned the singles Woman and Joker & The Thief that harked back musically to an era long left behind but still very much loved.

Wolfmother’s music spanned generations, most notably the old school rock pioneered by Led Zeppelin and Black Sabbath, but with enough of an individual slant that elevated the band above many others that had openly flirted with emulating what has become timeless and classic music.

Stockdale’s dedication to his art, coupled with a wealth of talent and ability, has seen Wolfmother re-energise the early days of hard rock/metal and introduced a whole new generation of listeners to what many consider to be the greatest era of metal music in history.

When COVID and the ensuing lockdowns decimated the global music industry, Stockdale chose to tackle the problem by creating music, sewing the seeds of what would become Wolfmother’s sixth album, the appropriately titled Rock Out.

The album is an audible indictment that no matter how insurmountable the odds may appear, beauty can overcome the beast and music shall endure.

With Wolfmother also recently named as headliners of 2022’s Uncaged Festival, Stockdale sat down for a chat with HEAVY to talk all things music and touring.

“I was sort of just having a laugh and amusing myself doing a Paul Stanley and then a David Lee Roth and Deep Purple,” he began, “and I call this the trans- record where I went from the UK to Pasadena and back again and celebrated all of my favourite rock frontmen (laughs).”

Rather than the general media circus that accompanies Christmas releases, Rock Out was more of a surprise album, with Stockdale stressing Wolfmother’s music is, and always has been, more about the music than the associated fanfare.

“To me it just seems like a bunch of hocus pocus,” he shrugged. “Pretentious carrying on that wastes a lot of time and energy. I’d rather just make another record and go on tour and do shows and make films for YouTube. I’d rather focus on the art. I like talking about it with people who like it (laughs) as opposed to saboteurs who just want to use you for click bait, but I just like putting stuff on YouTube and Facebook and Instagram and engaging with the fans and making contact. I like to work at a faster pace.”

In the full interview, Andrew talks about Rock Out from a musical perspective, recording all of the instruments himself, the pro’s and con’s of doing that, coming up with inspiration during lockdown, working with an unknown 19-year-old producer, Uncaged and more.

Uncaged will be held on the following dates

PrevPrevious.ALICE COOPER With Run Of Shows
Next.HEAVY Turns 10 At The Bendy January 26Next