Rocking In An Ideal World With ALL THEM WITCHES 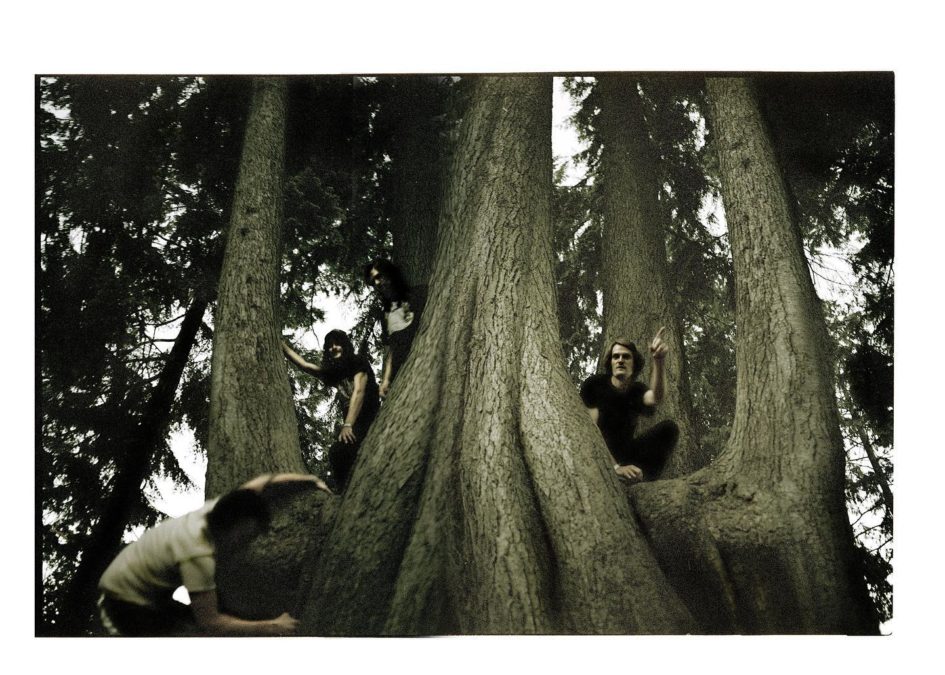 Haling from Nashville, Tennesse, All Them Witches could lay claim to being one of the most consistently hard-working and all-round fucking amazing bands to have come out this side of the Y2K. Since forming in 2012, the band has released a staggering six LP’s, three live albums, a small arsenal of EP’s and the occasional single thrown in for good measure. They have supported acts such as Primus, Ghost and Mastodon, played at some of the biggest festivals in the world, and if you’re hearing about them for the first time just now, then god-damn you are in for a treat!

Pigeonholing ATW into a genre isn’t the easiest to do. With traces of psychedelia, folk, stoner, southern and heavy rock emanating from their music, comparisons to acts such as Sabbath, Kyuss and Tool are inevitable. Ask the band themselves and they’ll quote bands such as The Doors, Neil Young and Led Zeppelin. Wherever the hell the influences come from, it doesn’t really matter. What matters is that they all combine to create a truly unique sound that’s impossible to ignore and from all reports, one hell of a live to show to back it up.

Having just completed their most recent leg of an American tour, HEAVY managed to catch up with frontman and bass player Charles Michael Parks Jr in his home town in Arkansas. Check out the full interview to hear Parks talk about a range of subjects, such as welcoming their original keys player Allan Van Cleave back into the band in 2021. “Allan is our brother first and foremost, and he’s always been. Now we’re all back together, it’s like it hasn’t changed, the dynamics are almost exactly the same. We missed this sound. The sound that he puts out is special, the way he and Ben act together is unique, we all missed it.”

Discussing the recording of their last album Nothing As The Ideal in the U.K, which was completed right before Covid went and fucked everything up for everyone, “We were at Abbey Road and were wrapping it up and we were like, we gotta get the fuck out of the UK, so we did and days later they shut everything down. We nearly got stuck there for 8 months!

We chat about their blistering live stream performance Live On The Internet, of which the audio recording was unsuspectingly dropped onto all streaming platforms March 18, “The only thing weird was that you couldn’t see anybody. You knew they were there, you knew they were listening. The actual energy exchange wasn’t there, but that was fine. For the most part, it was gratifying to at least put something out with everybody locked down”

And of course we put the hard word on Parks, trying to coerce them to our shores with the allure of warm weather and nice beaches, “I want go to Australia & Asia, I’m ready to go to and see some spiders and koalas. I live in the middle of Arkansas, there are all kinds of crazy creatures, crazy people, ya never know how the conversation is going to go from one minute to the next”

Their music can be found online for purchase on bandcamp.com or streamed through all major platforms. Check out the full interview now.