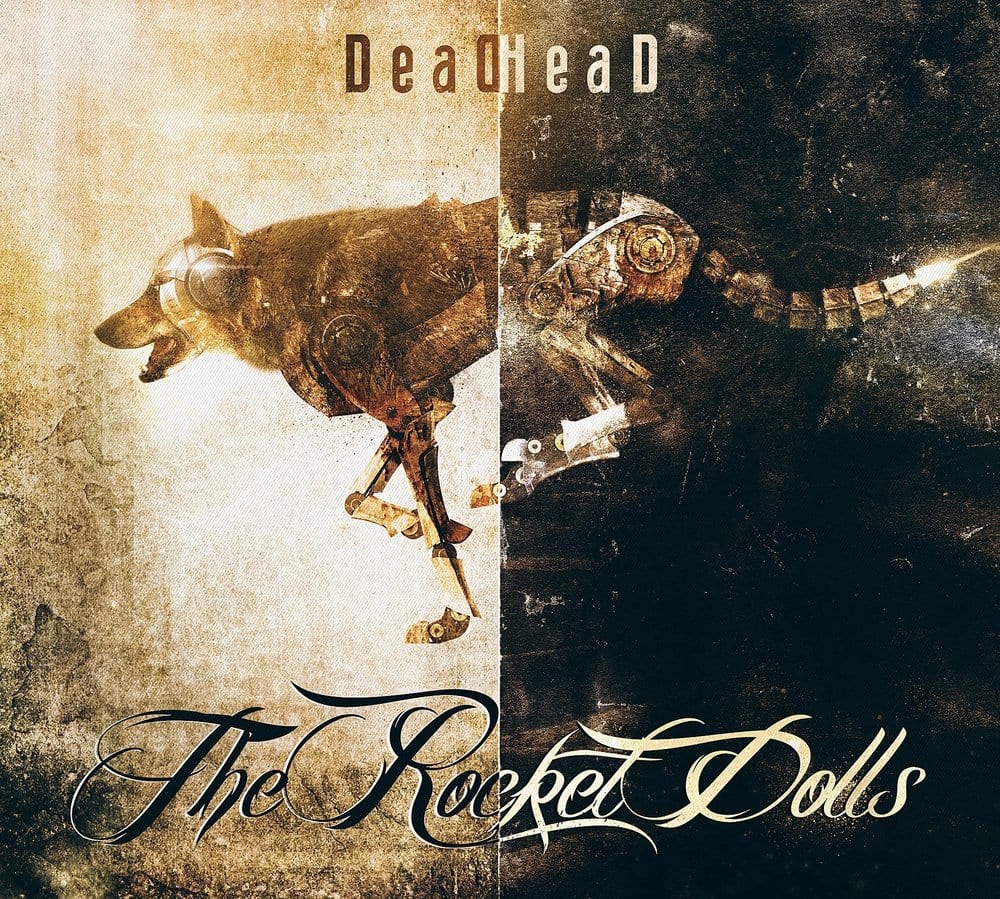 Almost half a decade after their juddering debut offering Eyes, The Rocket Dolls are due to volunteer their second long-playing creation to the world on 6th April 2018. Fully birthed in London at the acclaimed British Grove Studios, DeaDHead aims to wreak a fresh, contemporary hybridism of heavy rock, grunge, punk and pop on anyone who’s willing to lap it up.

Thundering in with latest single “None Of This Is Right”, such crossbreeding appears evident from the get-go. Employing the staccato talk box of Bon Jovi’s “It’s My Life” ramped up with the bestiality of Metallica’s “Enter Sandman”, the jeering “None Of This Is Right” sets the high-velocity face-melting tone of DeaDHead with brutishly rugged confidence. Next up, the gnarly “She’s Starting Something Now” and title track “DeadHead’ ring with the echoes of early 2000s Nickelback vamped up with a fresh lick of noir paint from the Devil’s lair.

Nikki Smash’s vocals incorporate the cavernously eerie grunge haunts of vocalists like Kurt Cobain and Scott Weiland, as in the sneering “Strain”. “Stop The Dead Men Crying” is like a meeting of minds between Opeth’s Ghost Reveries and Damnation albums, whilst the metallic ricochets of “Trigger” thud with the dark ferocity of a Balrog. “Rusty Bones” commands a level of heavyweight riffage that could threaten to reverse the gravitational pull of planetary orbits and send Earth flying away from the Sun, into the pitch black chasm of the universe.

The frenetic interjections of The Rocket Dolls’ various influences make for a twisting and turning album that can spark excitement, but that also beg the question as to whether The Rocket Dolls are progressive or whether they’re a trio of impulsive puppies who are yet to know how to form their learning into a cohesive product of musical revolution.

So although DeaDHead encapsulates spectacularly heavy moments, The Rocket Dolls cannot yet be awarded with the label of ‘generally spectacular’. A sophomore effort that is not to be sniffed at, DeaDHead is one step further along The Rocket Dolls’ journey as their music proceeds through higher tiers of refinement and nurturing to produce a sleeker hybrid of musical influences.