Live Review + Photos: RISE AGAINST at Manchester Apollo, Manchester on 02/11/17 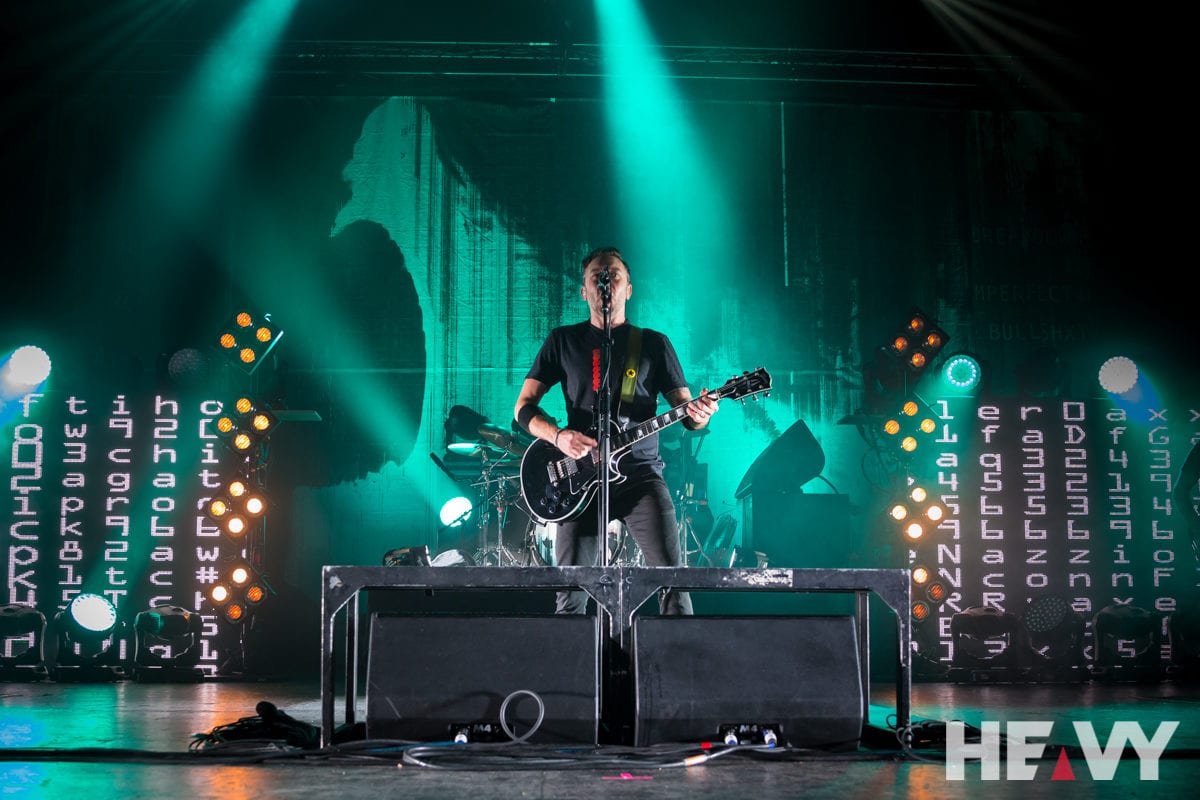 The Manchester Apollo is packed out as Rise Against bring their Wolves tour to the UK, along with support from Sleeping with Sirens.

There was a noticeable presence of Sleeping with Sirens fans in the venue, with plenty of band shirts and hoodies amongst the younger members of the audience. Opening up with Tally It Up: Settle the Score, the vocal range of lead singer Kellin Quinn was evident from the start. At times sounding as young as he looks – I’m struggling with the fact we are the same age – Kellin can switch from a very poppy sound to screaming in the same song and manages to make it work. 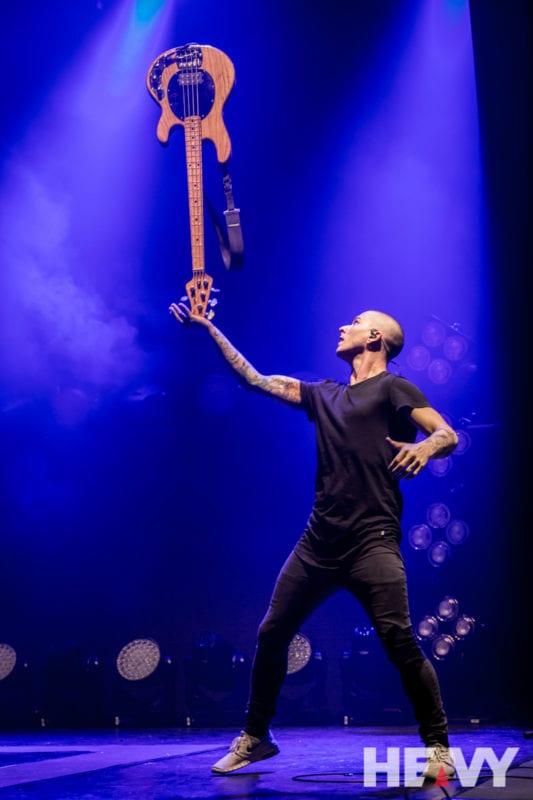 Empire to Ashes followed, from latest album Gossip, a very catchy number which highlights the more pop sound that the band have developed over their 5 album career, but We Like It Loud shows the band can still go heavy.

Quinn is starting to engage the crowd more on Congratulations, conducting them to clap along, which a large percentage of them did. But Do It Now, Remember It Now was proceeded with Quinn telling everyone that their last visit to Manchester was more fun, and saying the smoking area or bar was available to those not enjoying their set. Whether jokingly or not, this felt a little out of place as the band had been well received so far.

Quinn thanks and praises Rise Against, “they are a band with important shit to say”, perhaps in an effort to win back anyone taken aback by his previous statement. Better Off Dead got the loudest reaction from the SWS fans in attendance. 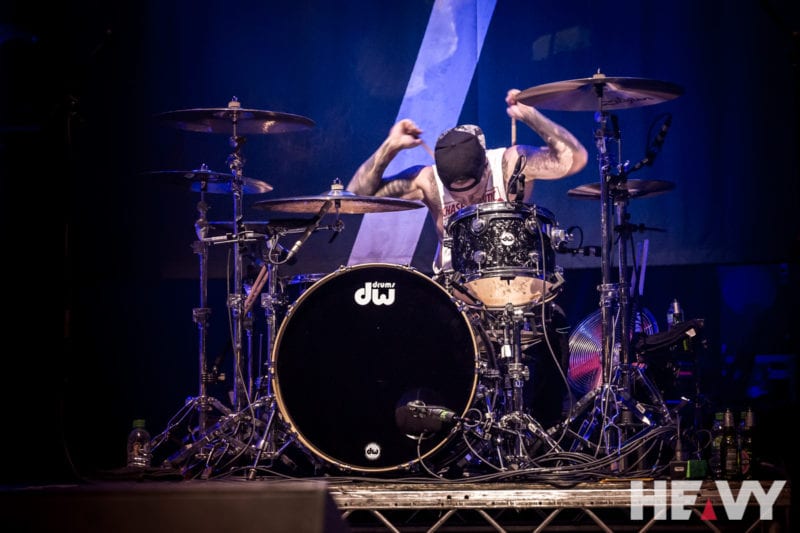 Here We Go was dedicated to “the dad’s and the old rockers”, but it was the younger fans who had now started a Mosh pit at the front who took all the attention. Inspirational anthem Legends, picked by the USA Olympic team as their Official song for the Winter Olympics, was a highlight of the set.

Unfortunately, sound problems meant If You Can’t Hang was aborted, and the band left the stage with around 10 minutes of their set remaining. It didn’t look like they would return, but to the delight of their fans, the band returned to finish their set with Kick Me.

Rise Against took to the stage, and the crowd are involved from the first minute to the last. Lead singer Tim McIlrath leads fist-pumping chant of “Rise!”, before launching into opening track Chamber the Cartridge. Give It All has everyone absolutely bouncing, which see’s McIlrath make his first trip to the front row.

The room is just bursting with energy, with a sea of clapping during The Violence. Re-Education (Through Labor) goes down a storm as one of the best songs of the night.

It was not surprising to hear the Manchester weather brought up before Dancing for Rain, as Rise Against have played the city enough times to know it’s well-earned reputation for being a bit wet! Good Left Undone saw the band sample Black Flag’s American Waste. House on Fire – surprisingly one of only three songs played from latest album Wolves – was followed by Prayer of the Refugee.

Rise Against briefly leave the stage, giving everyone a chance to pause for breath. McIlrath returns on his own to deliver a small acoustic set. Phone screens and Lighters are raised in the air for Swing Life Away, whilst People Live Here was dedicated to showing bravery and courage, which included “sometimes just attending a gig”, which felt like a reference to the recent terrorist attack at the Manchester Arena. Hero of War, with everyone in attendance bellowing out every word making this a highlight of the night, completed the acoustic part of the set.

The band rattle through Help is on the Way and Bricks, before Survive is dedicated to Linkin Park’s Chester Bennington. A stream of fan favourites – Satellite, Stop and Saviour round off an incredible set. This was a special night inside the Apollo from a band that’s at the top of their game. 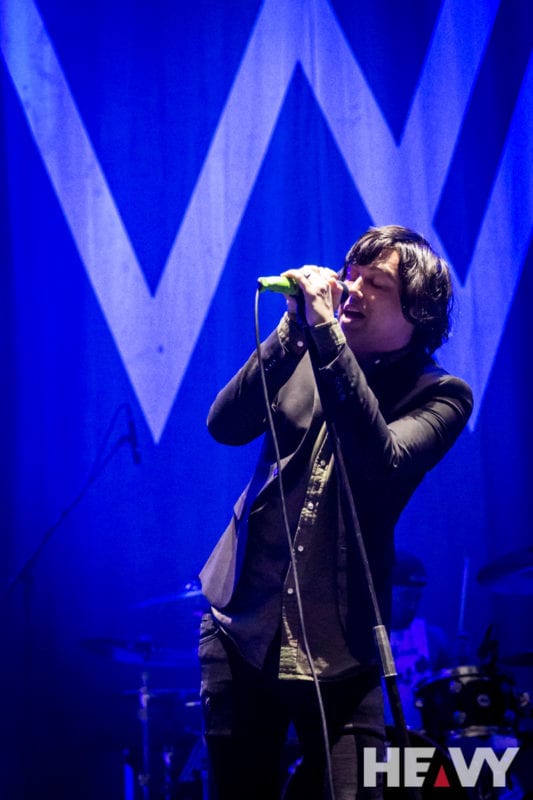 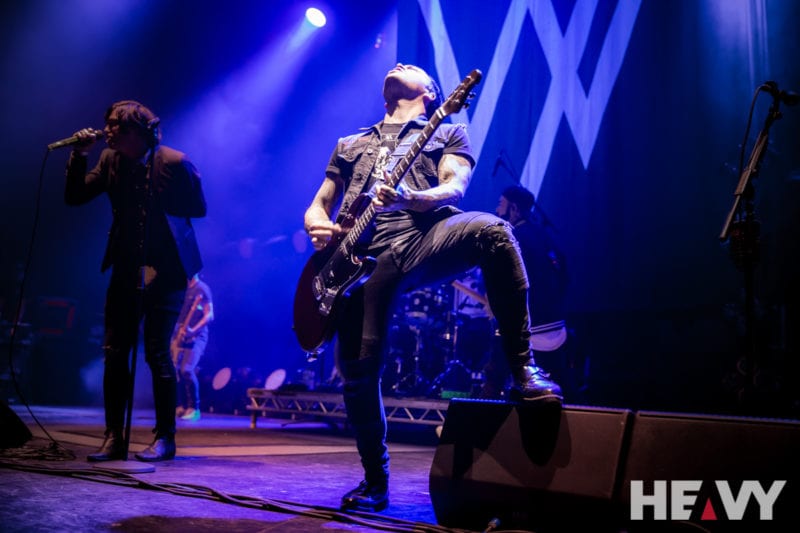 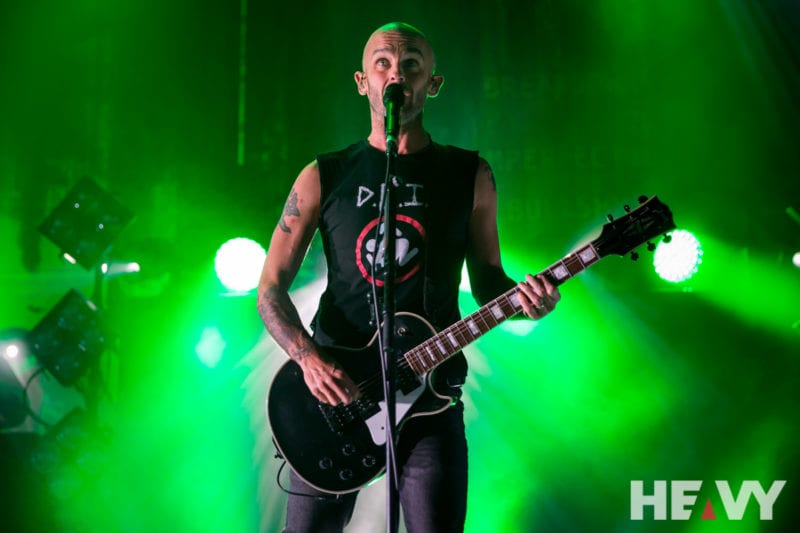 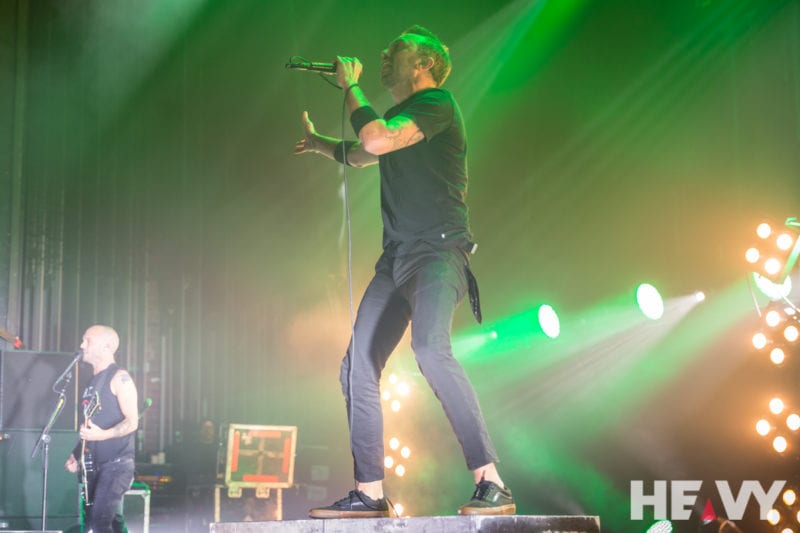 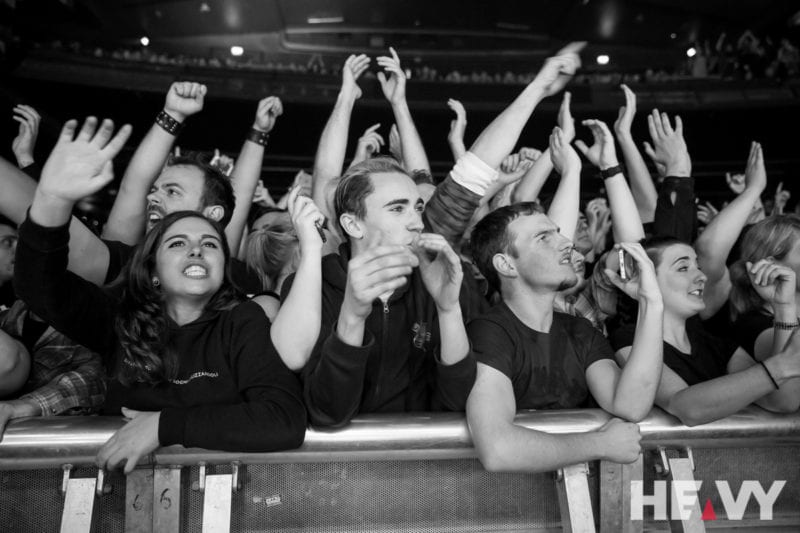 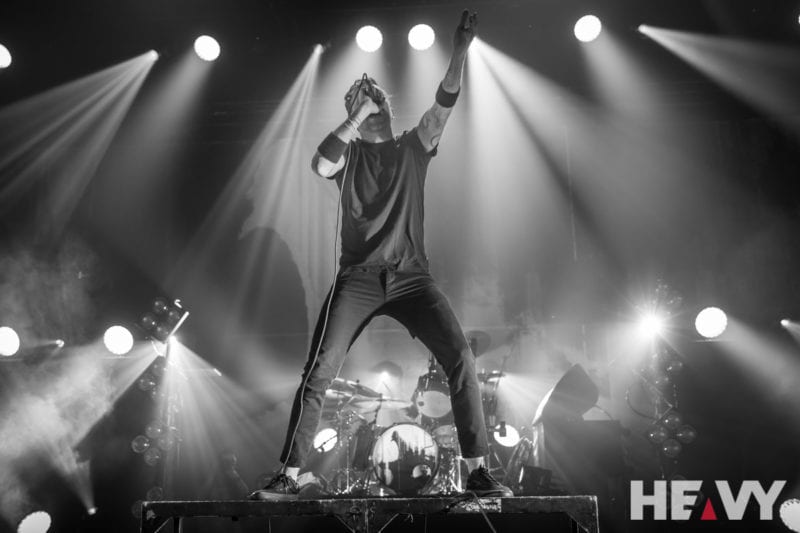 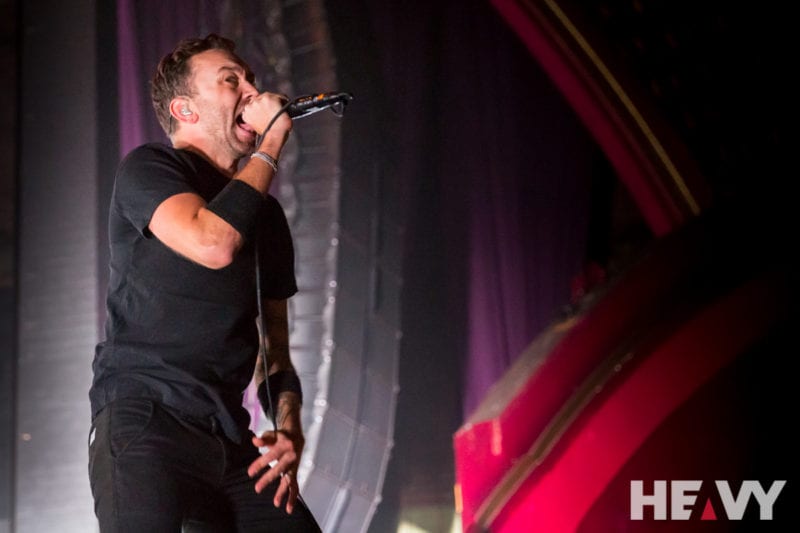 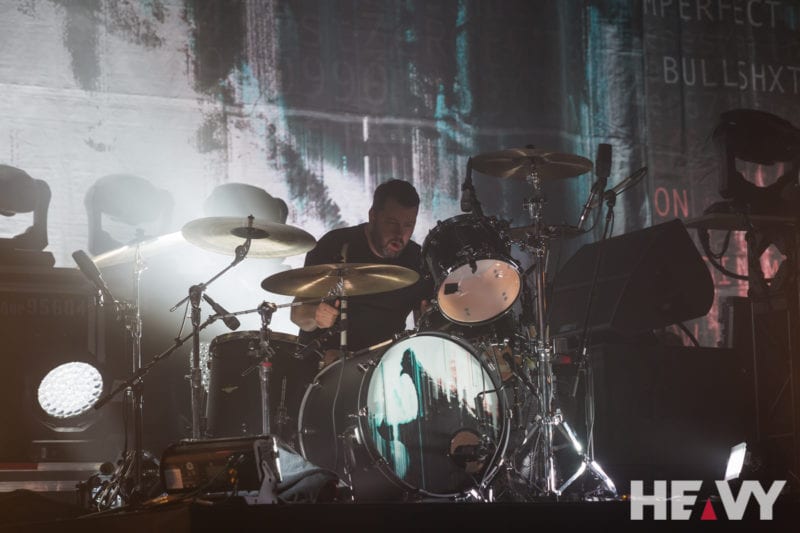 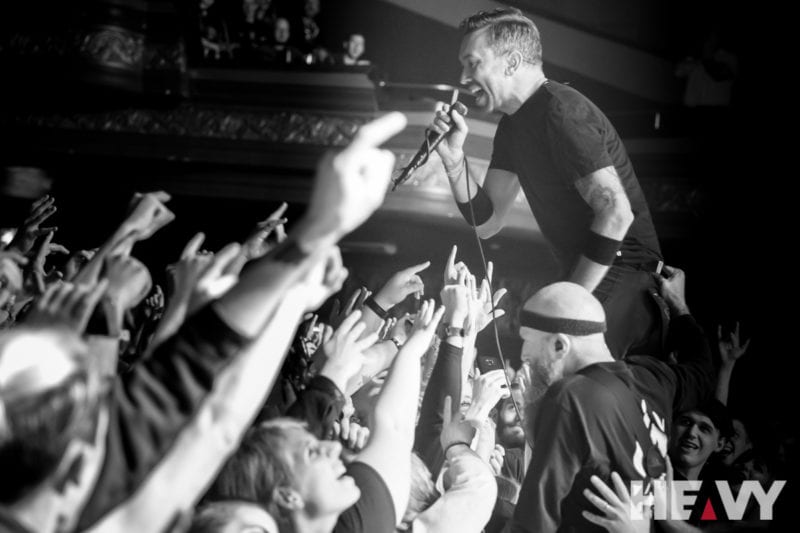 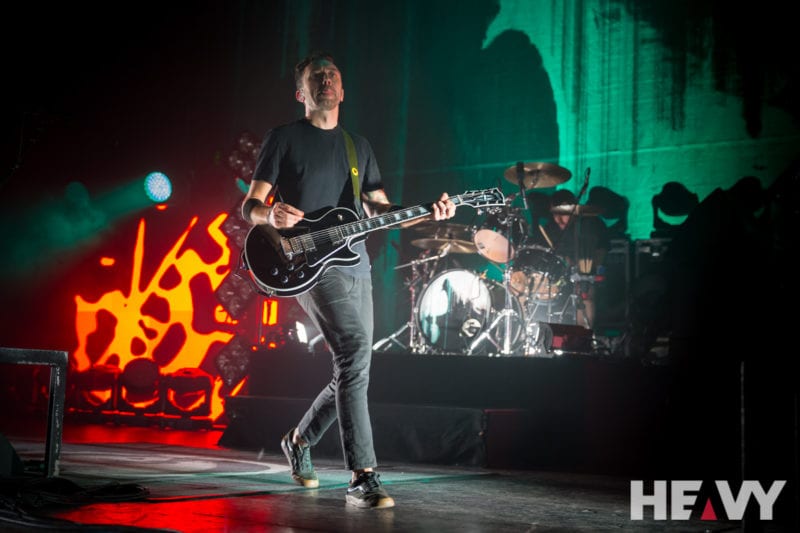 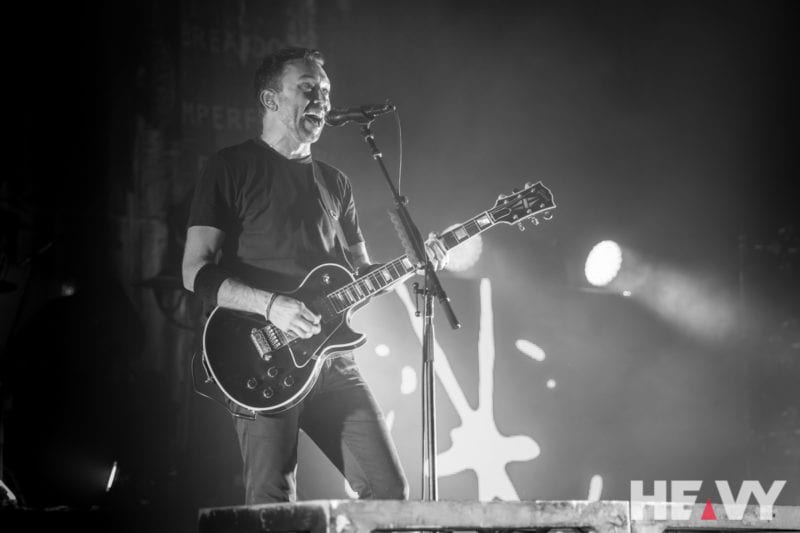 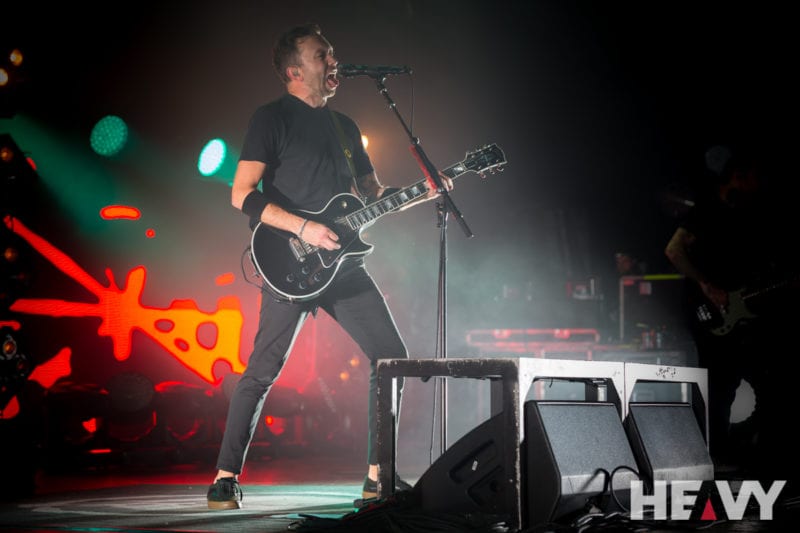 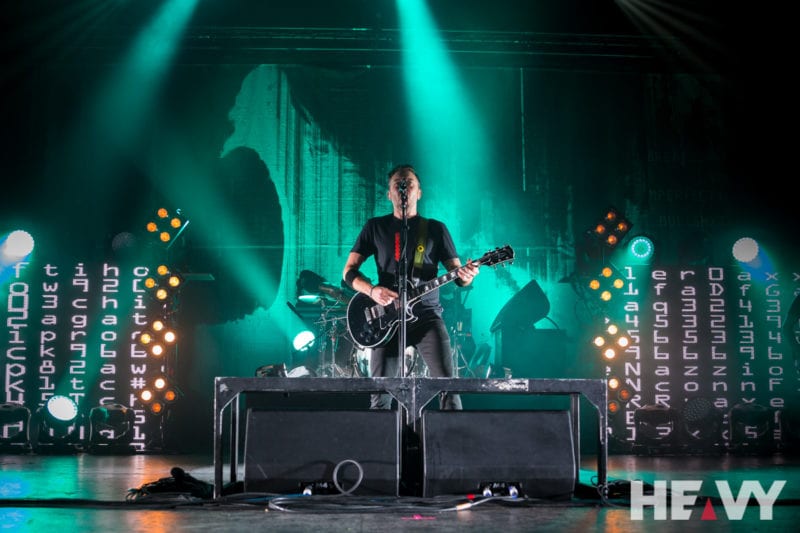 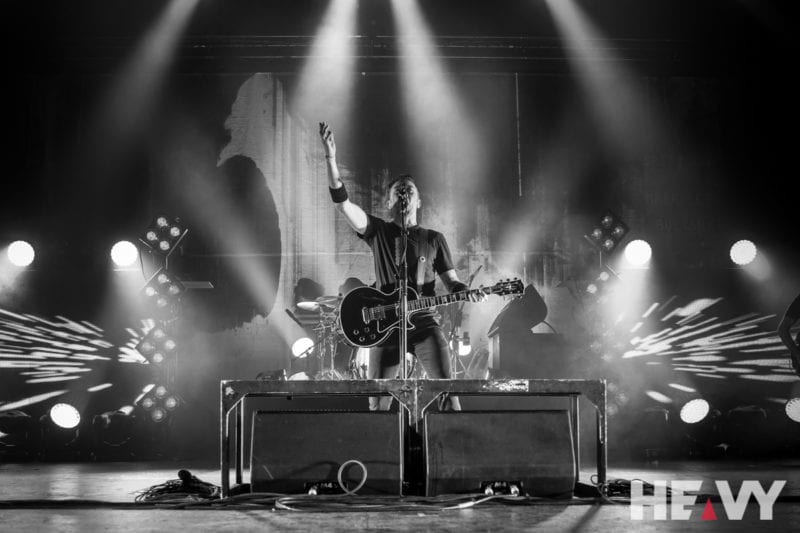 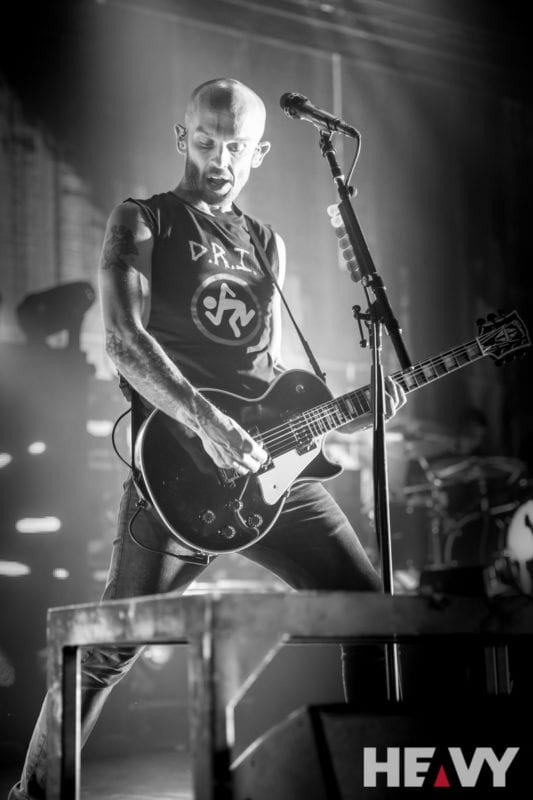 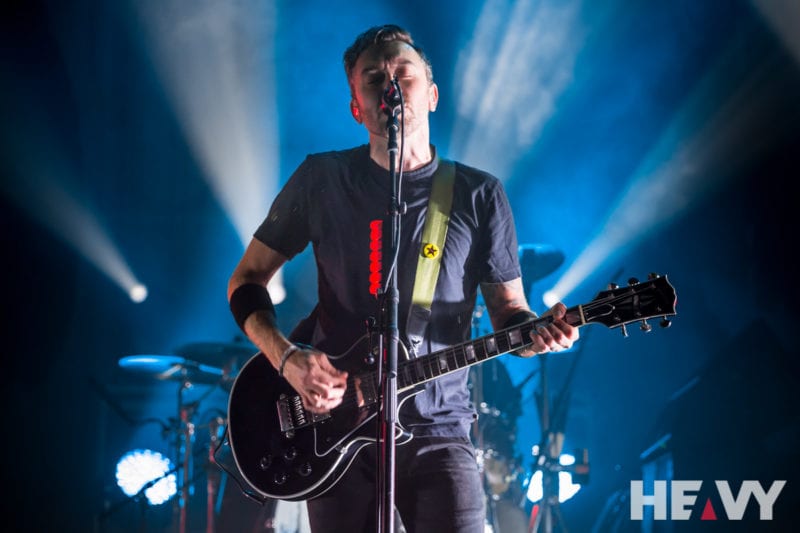 PrevPrevious.Live Photos: RISE AGAINST & SLEEPING WITH SIRENS at O2 Apollo, Manchester on 02/11/17
Next.Leprous and Agent Fresco at The Dome, London 02/11/2017Next